A collaboration between Active Autowerke and Martino Auto Concepts yields a pair of M3s that combine outrageous performance with stunning good looks. 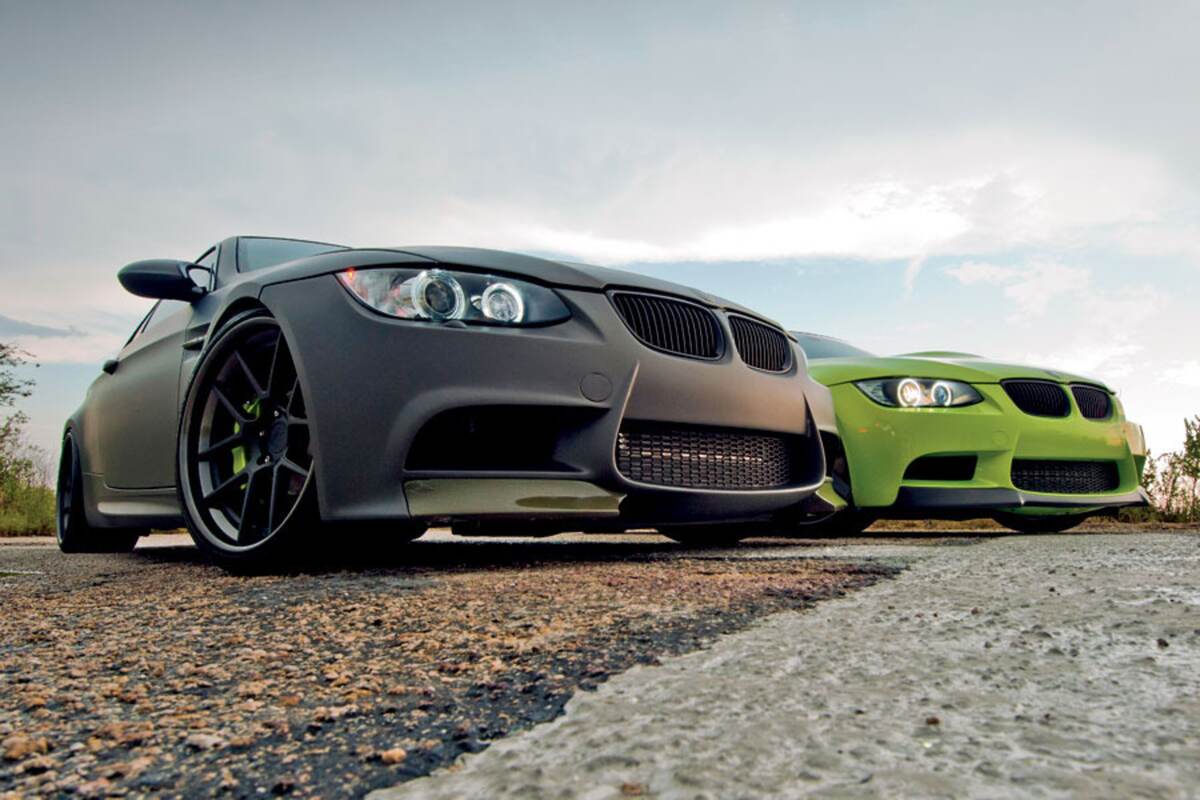 When Jenny Holzer was commissioned to create an Art Car out of a BMW V12 LMR in 1999, she emblazoned the top of the racing prototype with one of her signature truisms: “Protect me from what I want.”

Omar Murray needs no protection from his desires; at just 26 years of age, he’s fully capable of fulfilling them. The general sales manager at Miami supertuner Active Autowerke, Murray has already built seven fully-realized project cars, the first an 800-hp turbocharged Lexus IS300 and the latest the matte gray 2011 M3 you see here. This stunning car is Murray’s third E92 project, and it’s one of a pair, built alongside the green M3 owned by Joe LaPadula, whose Martino Auto Concepts (MAC) in Glen Cove, New York has been collaborating with Active Autowerke for about a year.

“I have always wanted to work with another company on a build,” Murray says. “We had been thinking about something like this for about a year, but it was actually Derek [Pasch] and Joe from Martino Auto Concepts who had the idea about building two M3s. It took off after that.” 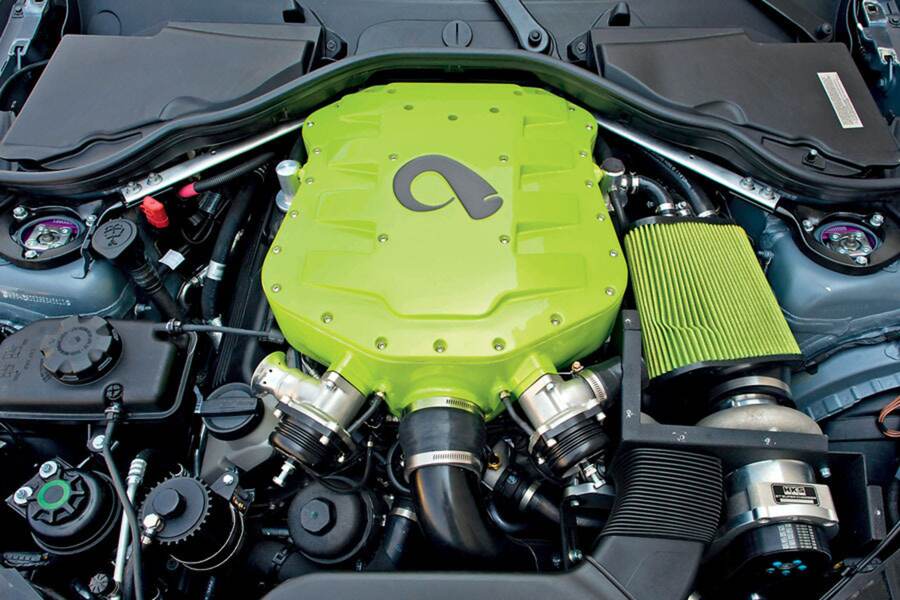 As a luxury automotive restyling facility and authorized BMW collision repair shop, MAC has plenty of experience with Lamborghinis, and it was only natural that these two M3s be painted in the striking colors of the cars from Sant’Agata Bolognese. Murray’s car wears Reventón matte gray, while LaPadula’s is painted Verde Ithaca pearl green.

After selling his beloved 2008 M3, Murray bought a new 2011 model in Space Gray from Steve Thomas BMW in Camarillo, California and had it delivered straight to MAC. Before it was painted, it was fitted with a Vorsteiner GTS3 front bumper with carbon Kevlar front splitters, a GTS3 vented race hood with two carbon Kevlar vents, a carbon Kevlar rear diffuser and a carbon Kevlar trunk lid in place of the respective stock parts. 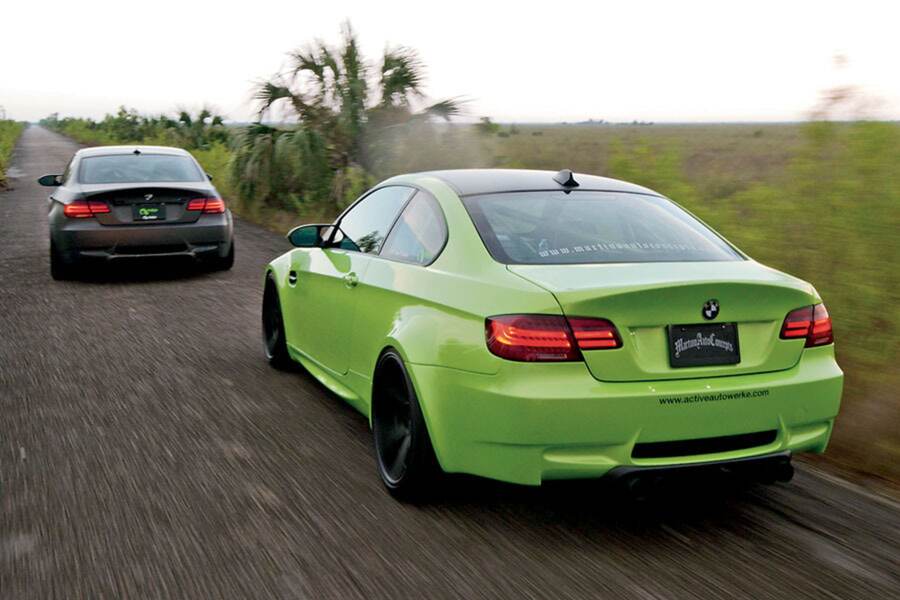 Not every shop can work with colors like Reventón gray—named for Lamborghini’s $1.5 million Murciélago LP640-based V12 supercar—and the application of matte paint requires specialized training. The finish is something of an acquired taste. It’s velvety and textural close-up, stealthy and military from a distance; it even can appear unfinished when the car is dirty. (Think Two-Lane Blacktop from 1971.)

Next, the freshly repainted and still-new M3 (with eight miles on the odometer) was shipped to Miami, where a second round of upgrades awaited at Active Autowerke. First, the stock brake system was exchanged for a StopTech Trophy big brake kit whose six-piston front and four-piston rear calipers were already painted by MAC in Verde Ithaca, as was the AE Performance roll cage that occupies the rear seat space. Up front, a pair of Recaro Profi XL seats replace the stock chairs, providing substantially more support and weighing considerably less than the heavy OEM items.

Also within the cockpit, the stock shifter was replaced by an Active Autowerke S1 short shift kit that reduces lever travel and increases shift precision. The stock steering wheel, shift knob and hand brake handle were replaced by BMW Performance items that give all the right tactile sensations, while an STRI gauge package allows visual monitoring of supercharger boost, coolant and engine oil temperature. 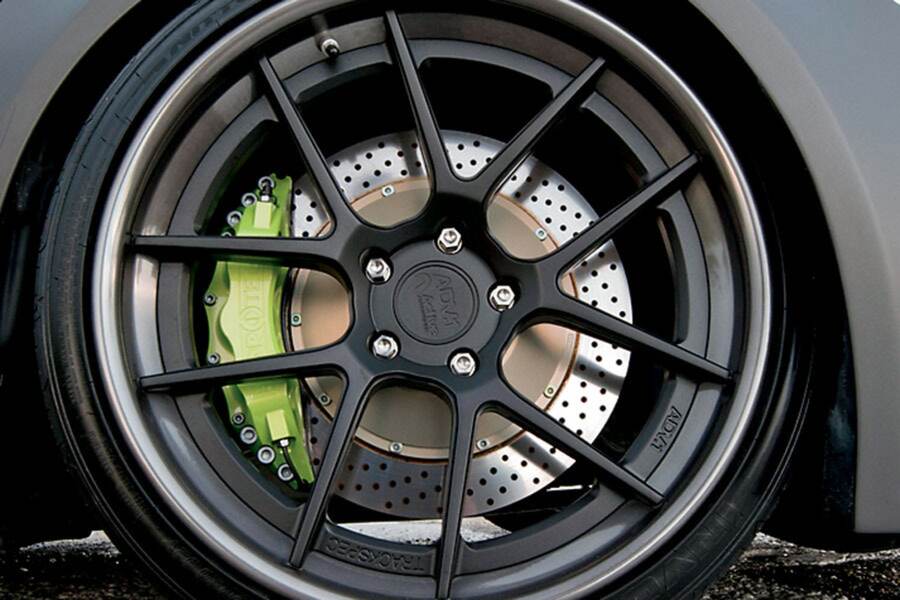 The M3’s stock suspension made room for KW Clubsport coilovers, and its stock wheels were replaced by a set of ADV1 5.0 Trackspec forged wheels. Measuring 9.5 × 20 inches up front and 11.0 × 20 inches at the rear, they’re fitted with Nitto Invo tires whose low profile (255/30 front and 295/25 rear) add to the M3’s muscular stance and extreme purchase.

Which is needed, of course, because a car like this simply can’t remain stock where power is concerned. As good as the S65 V8 is, its 414 horsepower at 8,300 rpm and 295 lb-ft at 3,900 rpm aren’t sufficient to motivate this stealth fighter. Murray upped the output to 630 hp and 450 lb-ft via an Active Autowerke Level 2 E9X M3 supercharger kit with methanol injection, finished by an AA Signature [race] X-pipe and a Black Edition exhaust that give it a distinct (and rather loud) aural presence. 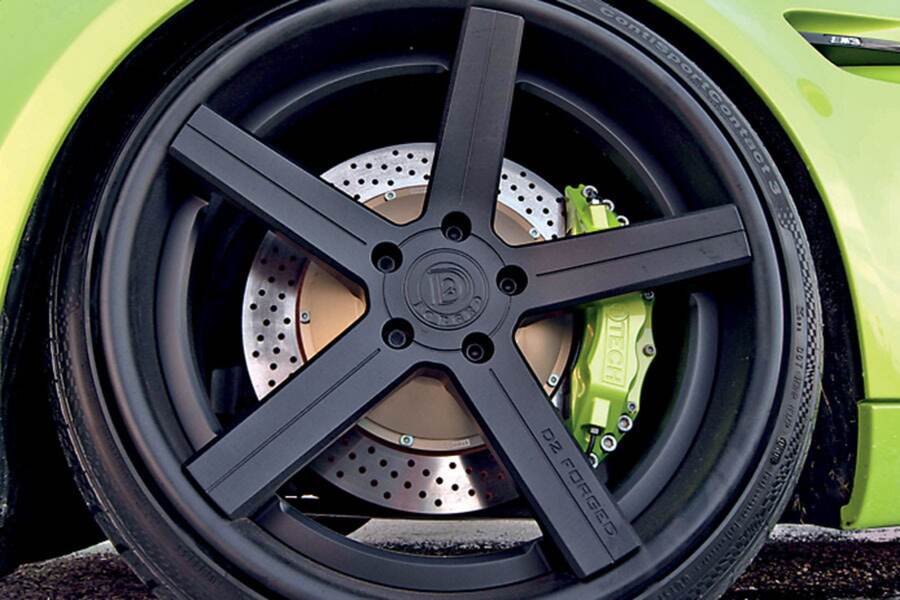 On the dyno, the motors produce about the same power as stock up to 3,000 rpm, at which point the supercharged motors start to open a big gap on their naturally aspirated counterparts. By about 8,100 rpm, each Active Autowerke motor is delivering 529 horsepower to the rear wheels, while the stock S65 puts out just 347 hp at 8,200 rpm, 100 rpm later. Those figures translate into crank horsepower of 630 and 414, respectively, BMW’s horsepower claim having been confirmed precisely by the Active Autowerke dyno.

As a visual bonus when the hood is open, the Active Autowerke intake plenum in Murray’s car is painted in Verde Ithaca, the same extroverted shade worn by LaPadula’s M3. That wild Lambo color would stand out in any crowd, but it’s especially striking next to Murray’s sober gray car. Having left the BMW factory in Alpine White, it was completely stripped of its interior, motor and most of its wiring at MAC. Its rear fenders were widened by 1.25 inches (in steel), and then it was repainted in pearlescent Verde Ithaca. The finish actually looks much better than stock Lamborghini paint, having been sprayed in MAC’s state-of-the-art facility. 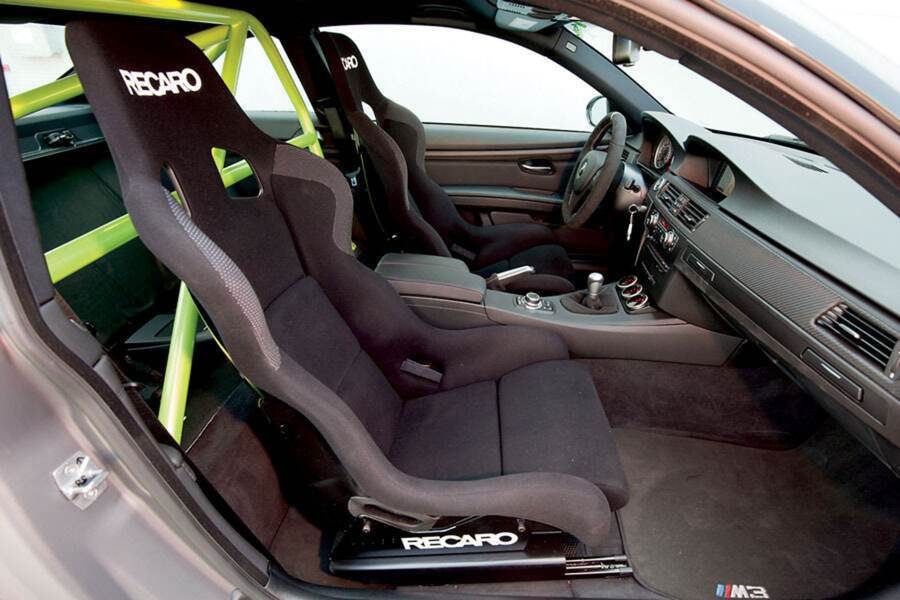 The paint is set off by Vorsteiner’s dry carbon front spoiler, rear diffuser and aero trunk lid, and the contrast is heightened further by carbon fiber headlight housings that contain dual projector lenses and LCI cornering lights. The black theme continues with a set of 12 × 20-inch CV2 forged wheels from D2 Forged, which add a certain degree of menace to the overall look.

The car’s interior also received a major makeover, and the quality of the workmanship is outstanding. A half roll cage protects a custom JL audio installation, and the doors, seats, steering wheel, shifter, handbrake and headliner have been covered in a combination of leather and suede held together with precise green stitching. It is a very comfortable and aesthetically pleasing place to spend time.

LaPadula’s car received the same Active Autowerke performance upgrades as Murray’s M3, including the full exhaust system and brakes. Instead of the Clubsports fitted to Murray’s car, however, it makes do with a milder KW Variant 3 coilover setup that proves a bit kinder to its inhabitants. 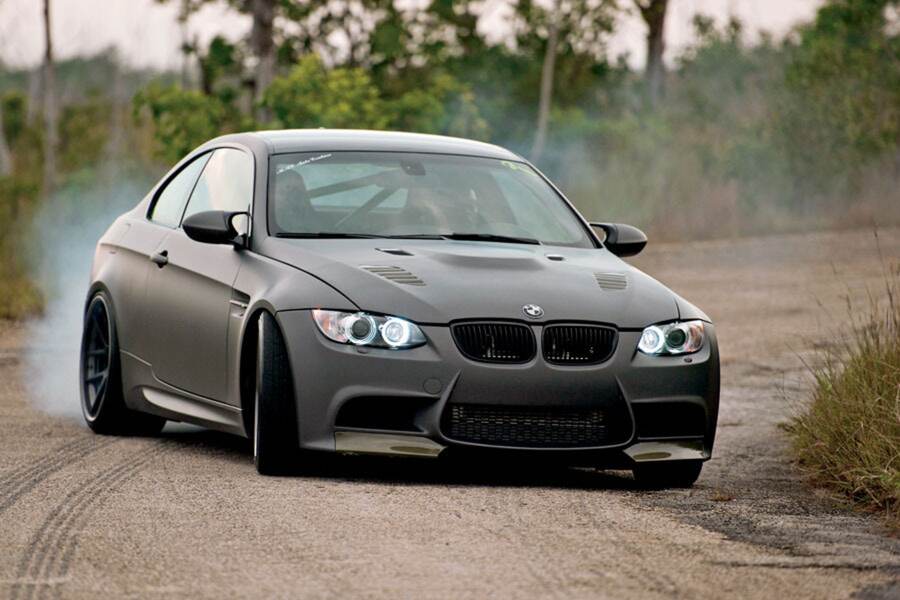 Neck-straining acceleration… even at break-in!

Both cars were still in their break-in phase when we arrived in Miami to check them out, so high-rpm running and other extreme performance exercises were strongly discouraged. Both were still undergoing a bit of sorting out—LaPadula’s green M3 had a minor clearance issue with its 12-inch rear rims and 325/25-20 tires, and Murray’s car was still having its suspension and tire setup optimized. Both cars are destined for the track, which is the only place to access the full performance on offer.

Lacking a race track on this occasion, we took both machines to isolated and strangely beautiful Everglades National Park to do some strutting for the camera. The ride in Murray’s gray M3 is so intense that the grain of the concrete road can be discerned—its KW Clubsport coilovers really are designed for track use, and they certainly wouldn’t be suitable for the winter-ravaged roads up north. LaPadula’s green M3 is more polite in that regard, its Variant 3s a bit softer and more streetable than the Clubsports. 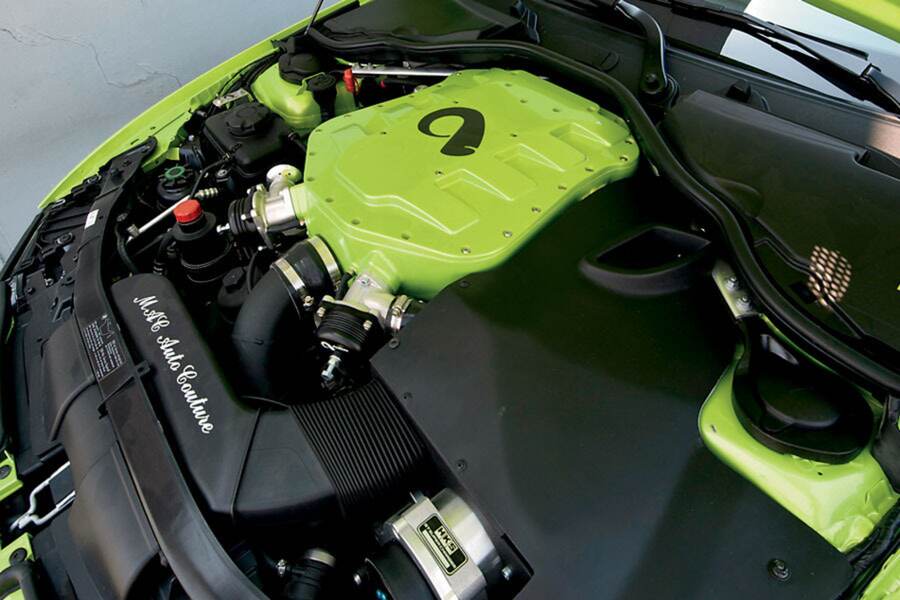 Both of these cars are precise and demanding, aimed at hardcore driving enthusiasts. Murray’s car is a bit more so than LaPadula’s, and its Recaro seats help the driver stay focused and planted behind the wheel. That’s important given the abundant horsepower available even at the low break-in redline of 4,500 rpm. That’s barely halfway to the car’s ultimate redline, but it still allows neck-straining acceleration while hinting at the potential, the purity and the big speeds these cars will achieve with utter insouciance.

Their exhaust systems reduce weight and liberate more power, but they also replace the satisfying factory exhaust sound with an ominous growl that frightens dogs and attracts men in blue. To attract more of the right kind of attention, we left the Everglades for Miami’s South Beach. Even among the glitz and glamour that rolls through here every day, these cars were not ignored. Along with increased performance, audience appreciation is part of the reward for building cars like this, and Marray’s and LaPadula’s M3s received it in spades.

As for how much it costs, a rough estimate puts each of these cars at over $100,000, retail. And that staggering sum reminds us of another truism applied by Jenny Holzer to that V12 LMR: “The unattainable is invariably attractive.” 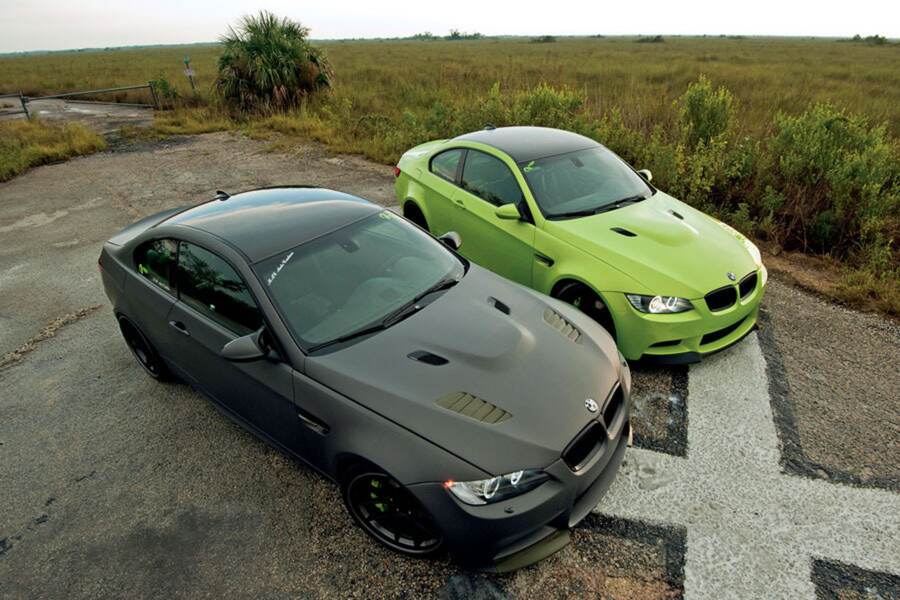 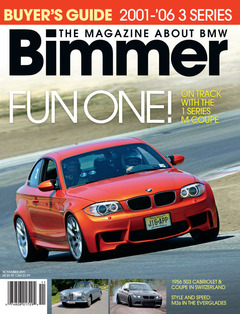