Never mind the weather, the real challenge to the 25 Hours of Thunderhill is simply keeping the car together for a day and an hour of flat-out racing, as Achilles Motorsport discovers when it tries to coax its E36 MM3 across the line. 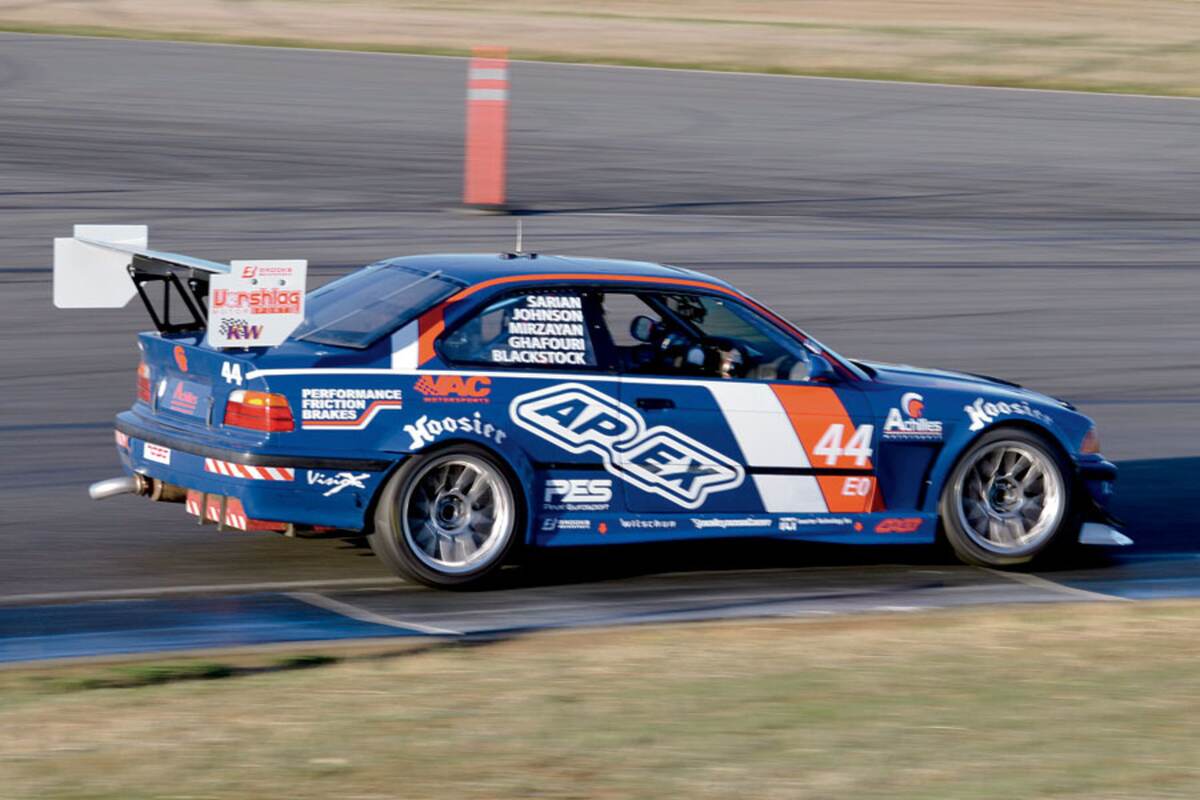 SET AMIDST THE INVARIABLY WINDSWEPT HILLS WEST OF WILLOWS, CALIFORNIA, Thunderhill Raceway is bone-chillingly cold on the night of December 2, 2011, the eve of the 25 Hours of Thunderhill. The pits are quiet save for the space occupied by Achilles Motorsport, where mechanics are scrambling beneath a jacked-up E36 M3 race car. It’s eleven p.m., twelve hours before the start, and Achilles’ crew chief Mino Iorgoveanu—a veteran mechanic who cut his teeth with the factory WRC Renault rally team—is barking orders at anyone and everyone trying to repair the M3’s clutch.

During qualifying, the throwout bearing had begun whining loudly, so the BMW was driven into the pits for what should have been a straightforward clutch job. Unfortunately, the pilot bearing has seized onto the input shaft, making it impossible to separate the transmission from the engine.

Mino’s solution? Rotate the engine incrementally so that each bolt of the pressure plate can be accessed through the opening in the gearbox for the shift mechanism. After a few nail-biting minutes, all of the bolts are removed and the gearbox and clutch are divorced from the engine. It’s a problem that might have vexed a qualified mechanic for hours, solved quickly with the imaginative thinking that’s needed to do well in a race like the 25 Hours of Thunderhill.

Also essential? A well-planned race strategy, a fast car, good drivers and of course a bit of luck.

Marc Ghafouri knows a thing or two about luck and the effect it can have on a race team. When he’s not piloting commercial aircraft, he spends the majority of his free time planning a fresh assault on the 25 Hours of Thunderhill, technically the longest endurance race in the world and one he’s entered every year since 2008.

“I started racing in 2001 and would have loved to become a pro driver, but with three little ones it’s impossible to spend time pursuing racing professionally,” says Ghafouri. “My flying job does allow time in hotel rooms to work on this race, though!” 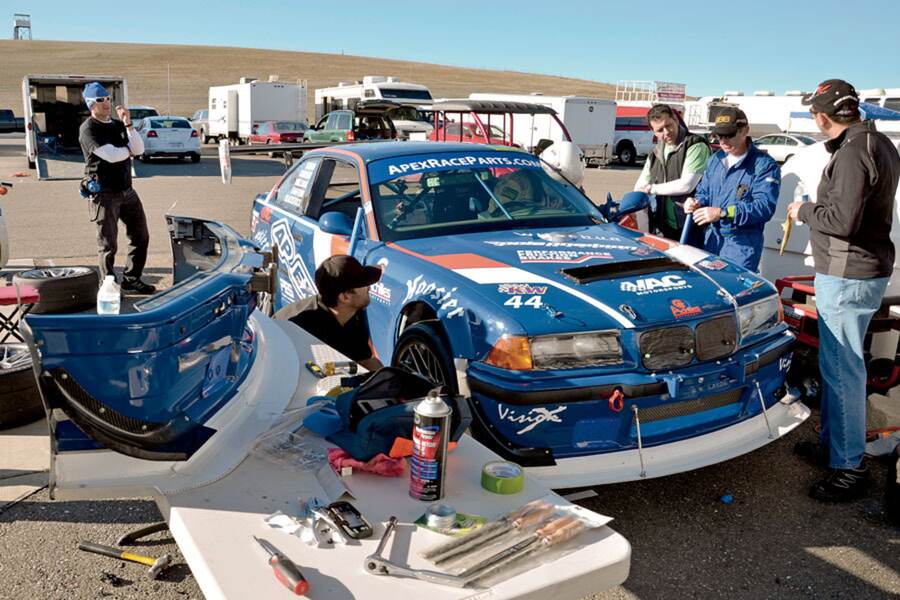 Why this, we ask, of all the things that could occupy a pilot’s downtime?

“Racing cars is such a complex and incredibly challenging sport both physically and mentally,” he says. “I think most people believe it’s an individual sport for the driver, but it’s not. It’s a team sport, and endurance racing is auto racing on steroids. It has all the complexities of sprint racing but magnified many times, and the 25 at Thunderhill is endurance racing supersized.”

As they have for the past three races, Ghafouri and Achilles Motorsport fielded a 1996 E36 M3 that started life as a street car before being modified by its then-owner to compete in BMW CCA Club Racing, where it won the 2006 C-Mod national championship. Ghafouri bought it in 2007, treating it to a new motor, suspension and gearbox. In its first attempt at the 2008 25 Hours of Thunderhill, the M3 finished an impressive first in class and second overall, but in 2009 it DNF’d with mechanical issues. In 2010, it crashed into the tire wall in the rain, ending the race for the team just two hours before the finish. For its 2011 attempt, it received major modifications that made it look more like a World Touring Car than a club racer.

The mods were spurred by Ghafouri’s decision to run a larger wheel and tire package—10 x 18-inch Apex ARC-8 wheels shod with 275/35-18 Hoosier R6 DOT racing tires—which required widening the fenders front and rear. At the front, this was accomplished by simply grafting on a set of E46 M3 fender flares. At the rear, Ghafouri used E46 M3 front flares fitted to the opposite side, i.e. the E46’s front left flare is fitted to the right rear on his E36.

Head mechanic Iorgoveanu built a fresh 3.2-liter S50 six-cylinder engine that put out an impressive 265 rear-wheel horsepower. Making this logistically difficult was the fact that Iorgoveanu was then working at VAC Motorsports in Philadelphia, though he has since returned to Achilles Motorsport in Fresno, California.

“Since he won’t let anyone touch the engine, I had to take the engine out and ship it to him in August,” says Ghafouri. “He rebuilt the motor and shipped it back and then flew in to install it. I can’t tell you how that motor revved the first time I took it out and the torque it put out!” 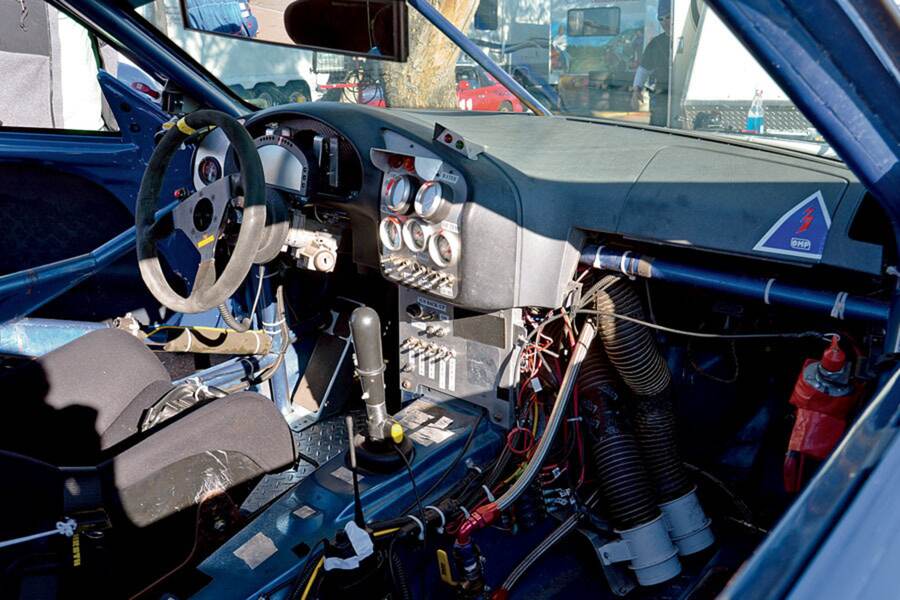 Backing up the powerplant is a custom-built gearbox from Jim Blanton at Performance Gearing. Everything else about the car is what one would expect of a fully built race car, from the grippy Recaro race seat to the ground-scraping suspension. Also pretty racy is the stripped-down car’s relatively light weight: 2,900 lbs. with a 185-lb driver.

A battle on multiple fronts

Like any endurance race, the 25 Hours of Thunderhill is a battle fought on multiple fronts. Not only does a car have to be reliable, it has to be fast enough to win. And that’s just the beginning.

Simply getting the car and the team to the remote Thunderhill track is massive job on its own, and a large crew is needed in order to support the car during the race. This year, team members came from all over the U.S., including Southern California, Colorado and North Carolina.

“One big change this year was to make Greg Hughes our team manager. I did the job last year and it was clearly too much to drive and manage the team,” says Ghafouri. “Greg put the logistics together of getting 20 guys, two trailers, two RVs and rental cars to the track.”

Everyone on the team is a car guy through and through. “Five are professional mechanics and some race their own cars,” notes Ghafouri. Hughes, for example, owns a Porsche 996 GT3 and races an E36 M3 in BMW CCA Club Racing, as does tire chief Jim Stevens. Hughes and Stevens are holding down the fort in the pits this year, leaving the driving to Ghafouri, VJ Mirzayan, Billy Johnson, Chris Sarian and Shelby Blackstock. With the exception of Ghafouri, all are professional drivers competing in Grand-Am.

Another key player that Ghafouri and the team consider essential: a team cook, in this case Vasily Baliban. “We need to make breakfast, lunch, dinner and snacks for 20 guys for four days, and not hot dogs in soggy buns, either,” Ghafouri says. “Vasily does a great job of keeping us fed warm meals.” 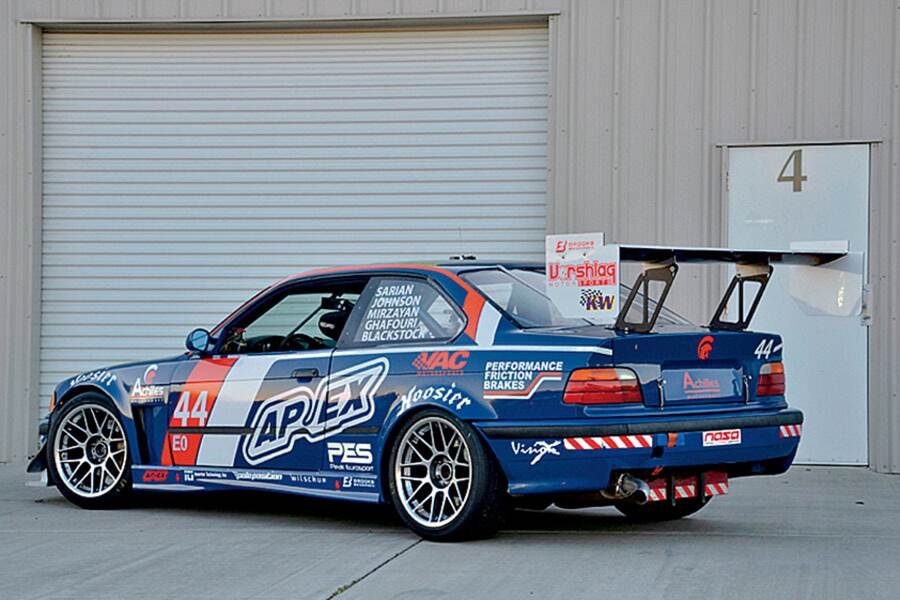 Exercising restraint to move up

The race starts well, with Mirzayan advancing quickly from fourth to first by virtue of a restrained driving style. Rather than rushing into the corners to gain a better position, he lets the field spread out and then begins picking off positions one by one until he’s in first.

As the other drivers cycle through their stints behind the wheel of the M3, even a relatively conservative pace allows the car to lap Thunderhill three seconds quicker than the second-fastest car in the E0 class, the highest NASA endurance racing classification that runs on DOT race tires. Several hours in, Achilles is four laps ahead of the second-place E0 car. As Ghafouri relaxes in the team’s rented RV before his second stint, he worries that things are going too well.

As if on cue, the driver of the M3 radios into the pits that a low-voltage warning light is glowing ominously on the dash. When he brings the car into the pits, the mechanics discovered that the alternator is failing. Replacing it takes about 15 minutes, and the BMW accelerates back into the thick of battle two laps behind the leader in E0.

Before long, the M3 is well on its way to reclaiming the lead, handling well and running quickly, making good use of the sticky Hoosier tires that replaced the harder Nittos and Hankooks the team had used in prior attempts. After doing the math, Ghafouri decided to risk the extra pit stops that he thought the softer Hoosiers would require, but which it turned out weren’t needed.

“The Hoosiers turned out to be incredible and were a big part of the reason we had such a quick pace,” says Ghafouri. “We weren’t sure how long they would last and were shocked to see them last so long with such a fast pace.”

Unfortunately, the tires’ great performance came at a price. Two hours later—at about 9:00 in the evening and ten hours into the race—driver Shelby Blackstock radios in that the car is parked on the side of the track with one corner resting on the ground, its right rear hub sheared completely off. 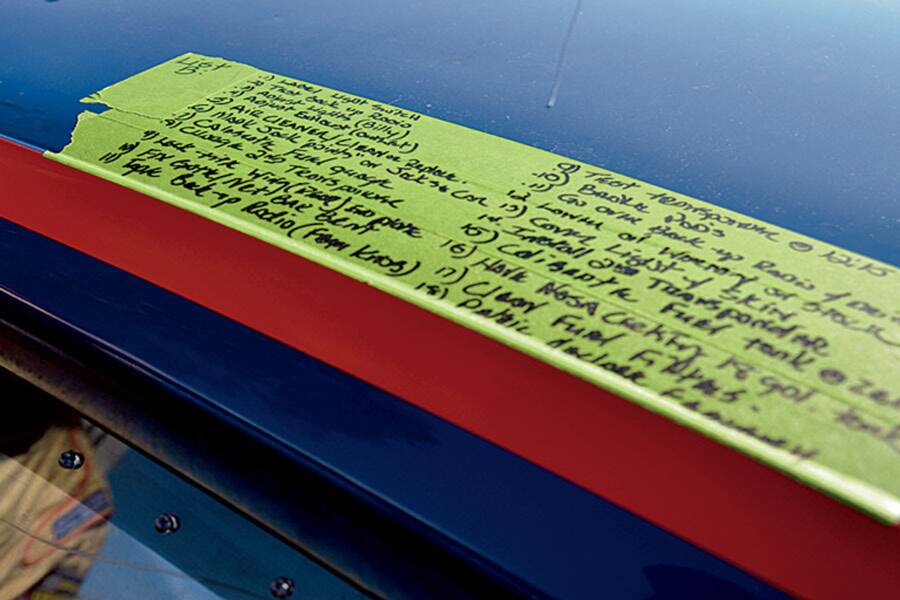 With its a widened track and super sticky rubber, the suspension was being taxed to the extreme, and something had to give. The hub that failed wasn’t even old: The car had been fitted with new bearings and hubs at all four corners prior to the race.

Once the car has been towed back to the pits, the Achilles crew takes stock of the situation. While swapping a new suspension assembly into the car is possible, the team decides instead to retire from the race. The hub breakage had occurred at one of the slower turns on the track, leaving the rest of the car and its driver unharmed, but the outcome might have been much different had it happened on one of Thunderhill’s many fast sections.

The car’s one-off Performance Friction brakes presented another problem. “The right rear caliper was damaged when the hub failed and would have needed to be replaced,” says Marc. “We had replacement components but not an entire caliper. We could have used a non-matching caliper but decided that it wouldn’t be safe.”

Despite the mechanical failure, Ghafouri doesn’t regret choosing the E36 as a race car.

“The BMW E36 chassis makes a great platform for a race car,” he says. “It also has a great engine and drivetrain to complete the package. There are excellent sources for race parts, which make the car both faster and more reliable.”

Nonetheless, Ghafouri and Mirzayan, along with Achilles Motorsport, have decided to build a new race car that they hope will be even faster at the 2012 25 Hour race.

“The E36 is still very competitive, but after four years of racing in the 25, there are too many small parts that can fail in such a grueling race,” Ghafouri says. “The only cost-effective solution is to start with a new car. I still love my E36 and plan on keeping it and will continue to race it.”

Hopefully, luck will be with Achilles Motorsport for next year’s attempt. The team has already mastered meticulous preparation and large-scale organization, but keeping a car running fast enough to win for an entire day is no easy feat.

“Endurance races from the very beginning of auto racing have been very popular,” says Ghafouri of the challenge. “If you ask any professional driver to name great races, their answer will include the 24 Hours of Le Mans, 24 Hours of Daytona, 12 Hours of Sebring, etc. The 25 Hours of Thunderhill by NASA is just as well organized and run as these famous races. It’s no accident top endurance ALMS, Grand-Am and other teams come and compete in the race.”

Nor is it an accident that teams like Achilles Racing come back year after year, as well, braving the cold of a Central Valley winter for a shot at 25 Hour glory. 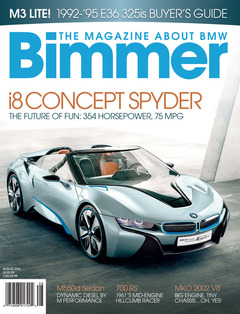