Built in collaboration with the legendary Italian coachbuilder, the BMW Zagato Coupe embodies the best in aesthetics and aerodynamics from both firms. 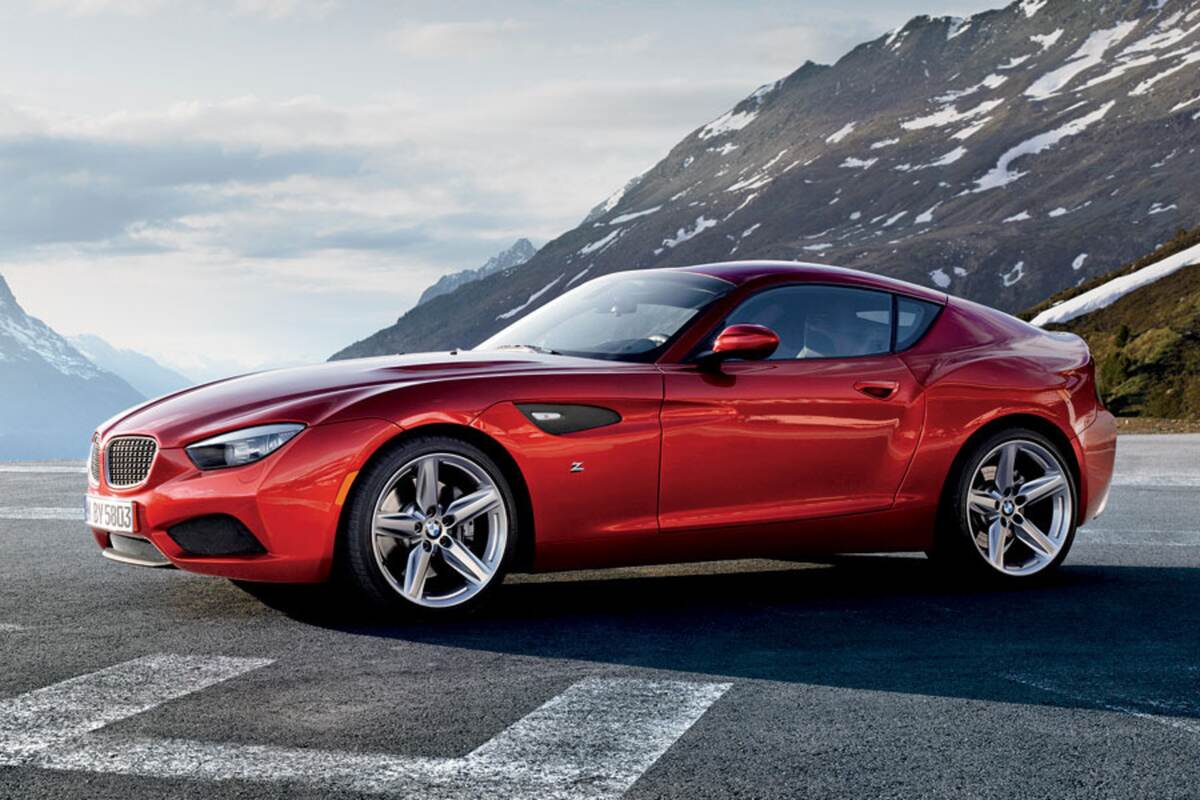 Throughout BMW’s history, the company has collaborated with Italian designers and coachbuilders whenever it needed a competitive edge in racing or an extra dose of style. In 1940, BMW won the Mille Miglia with a 328 Coupe bodied by Touring of Milan, which also created a companion roadster for that car. The postwar Isetta was built under license from Iso, and the 700 that revived BMW’s fortunes was designed by Giovanni Michelotti, a native of Turin. In 1961, Giorgetto Giugiaro designed the 3200 CS while employed at Bertone, and his own Italdesign firm was later responsible for 1977’s M1 supercar.

BMW has called upon nearly all the heavy hitters in Italian design over the years, but one legendary name has long been absent from the list: Zagato.

Since 1919, the Milanese coachbuilder has been combining aesthetics with technology to create some of the most beautiful automobiles the world has ever known. Company founder Ugo Zagato got his start in the airplane industry, and he used aeronautical construction techniques and advanced aerodynamics to make race cars like the 1929 Alfa-Romeo 6C 1750 GS as light and sleek as possible. 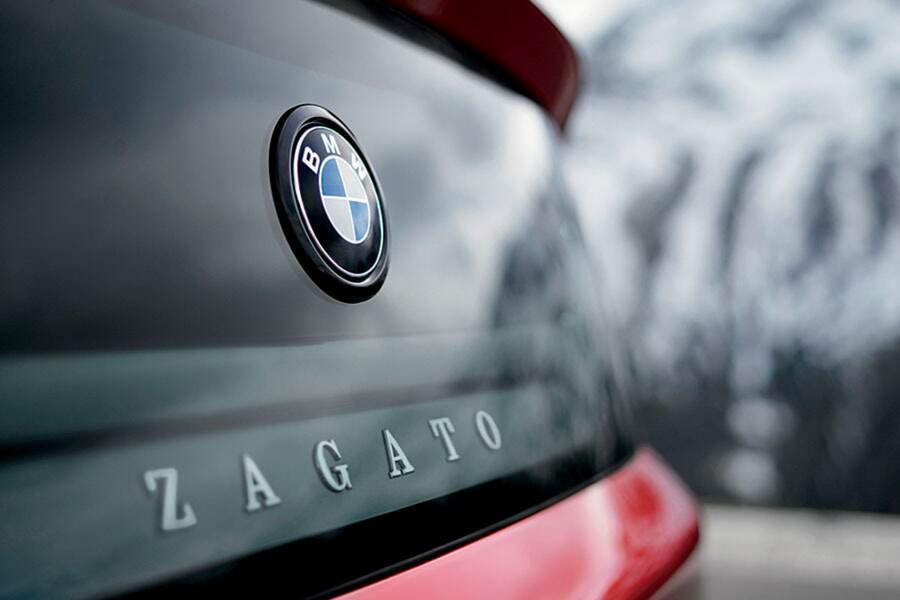 In 1960, a young designer named Ercole Spada became Zagato’s design chief, and he immediately took the firm’s characteristic technic to a new level of aesthetic distinction. For his first act at Zagato, the 23-year-old Spada created the mind-blowingly beautiful Aston Martin DB4GT Zagato, which he followed with a series of similarly stunning cars for Lancia, Alfa and Lamborghini.

Spada left Zagato in 1970, but the company survived both his departure and the onset of unit-body construction—the death of many a custom coachbuilder—to continue turning out stunning automobiles for a variety of marques, though never BMW. (In an interesting footnote, Spada joined BMW’s design department in 1976, and he so thoroughly modernized the 7 and 5 Series for the E32 and E34 generations that they required only subtle updates when they were finally replaced.)

Now, in 2012, Zagato can finally be added to the list of coachbuilders who’ve brought Italian flair to a BMW automobile. Making its debut at the Concorso d’Eleganza Villa d’Este, the BMW Zagato Coupe is more than mere design exercise. It’s a street-legal, road-ready car that awaits only a board member’s signature before it becomes a production reality. 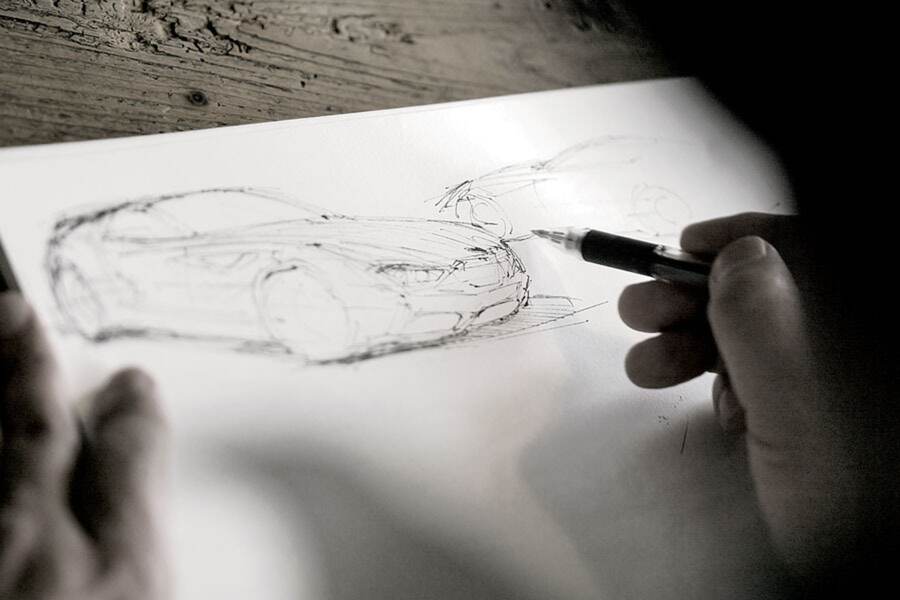 Drawing upon the legacy of performance that is native to both Munich and Milan, the BMW Zagato Coupe represents a true collaboration between the two firms. It also represents a nod to the history of the Concorso itself, which began as a design competition between the Italian carrozzerie in 1929.

Like the very first cars shown at Villa d’Este, the BMW Zagato Coupe is a hand-built one-off. As its shape suggests, it rests on Z4 Roadster running gear and uses a Z4 drivetrain. The aluminum bodywork was tailored to fit the existing mechanicals, and the Z4’s general proportions can be readily detected within the its shape. 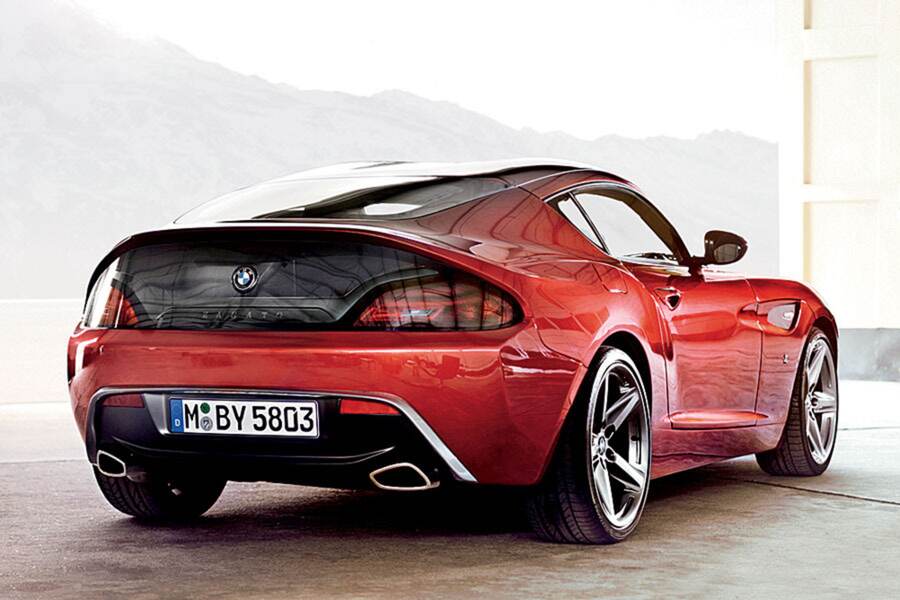 As a Coupe, it omits the Z4’s folding hardtop for a fixed roof, here in Zagato’s trademark “double bubble” style, a feature also used on the previous (E85) generation Z4 Coupe though not credited to Zagato. This element originally figured into Zagato’s designs to allow extra headroom for drivers wearing a helmet without raising the overall roof height, a fact that confirms Zagato’s cars as having as much to do with performance as with aesthetics.

“Zagato has always provided its customers with ready-to-drive cars which can be sent into action on the road or race track without further ado—and the BMW Zagato Coupe fits the same template,” says Dr. Andrea Zagato, Ugo Zagato’s grandson and the third generation of his family to run the company.

It was Zagato who proposed the collaboration, but the idea was surely helped to fruition by the longtime friendship of BMW Group design chief Adrian van Hooydonk and Norihiko Harada, Zagato’s chief designer. Harada did the original sketches for the car, but the project ultimately involved some of BMW’s top designers and engineers along with Zagato’s own technical staff. 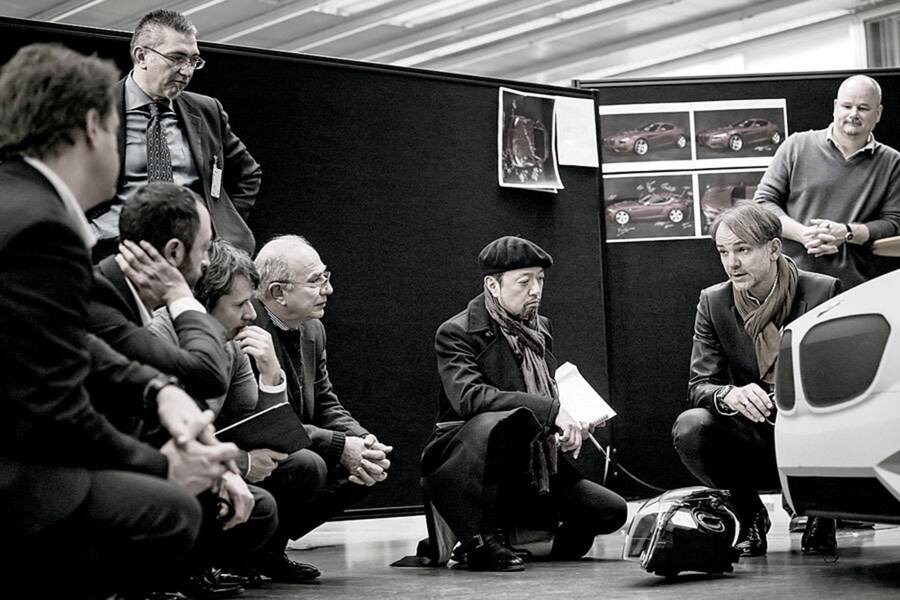 “This project was about everyone bringing their best ideas and skills to the table,” said BMW DesignworksUSA creative director Erik Goplen, who spent seven months in Milan working on the BMW Zagato Coupe.

“Working with Zagato was a fantastic experience,” echoed Karim Habib, now head of design for BMW Automobiles. “It was extremely enriching for us to create something with people who share our understanding of good design and passion for cars. And that is what makes the car so special—the open and constructive dialogue with Zagato, their experience, craftsmanship and incomparable sense for forms. All of these gifts are wrapped up in the BMW Zagato Coupe.”

That dialogue constituted a true collaboration that resulted in an ideal melding of the two companies’ aesthetic traditions, complementary from the outset in their marriage of form and functionality. As such, it’s hard to identify to any element as either “BMW” or “Zagato,” though the double-bubble roof and Kamm tail are clearly of the latter while the multifaceted surface treatment is inspired by recent BMWs. The proportions and overall shape could be associated with both, exuding as they do the car’s sporting intent and dynamic focus. 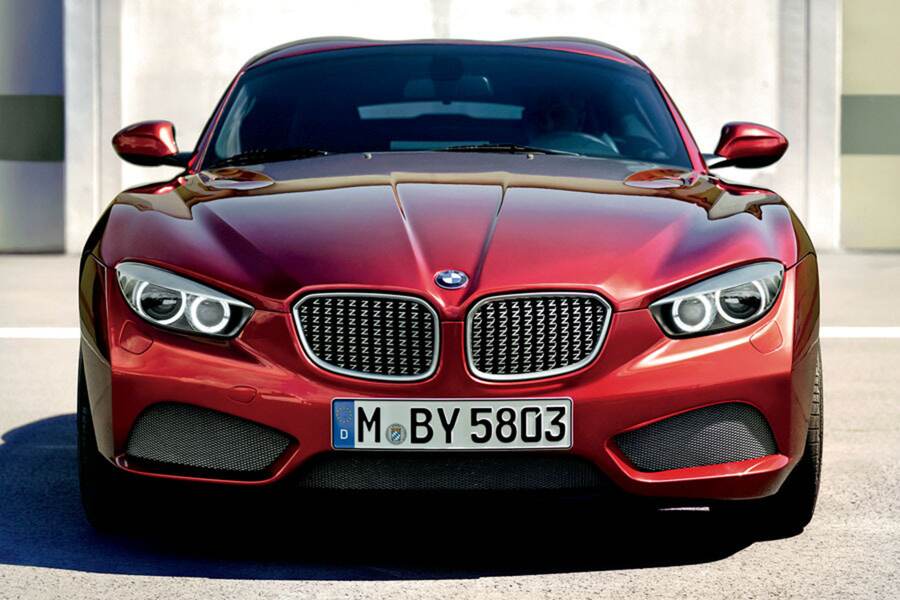 “For me, the BMW Zagato Coupé holds a very special magic,” says Harada. “It exudes a certain spontaneity which, when combined with the type of unconventional solutions typical of Zagato, lend the car a very individual elegance.”

That’s true of any car with a “Z” for Zagato on its flanks, and it applies as much to this BMW coupe as it does to the great Zagatos built for Alfa, Lancia and Aston Martin. All have been designed on the Zagato maxim of “necessary beauty” required by aerodynamics and lightweight construction. Zagato says its “narrow focus on coupes, two-door driving machines stripped back to their essential components, is also a Zagato tradition, underpinning an ‘unspoilt’ driving experience.” 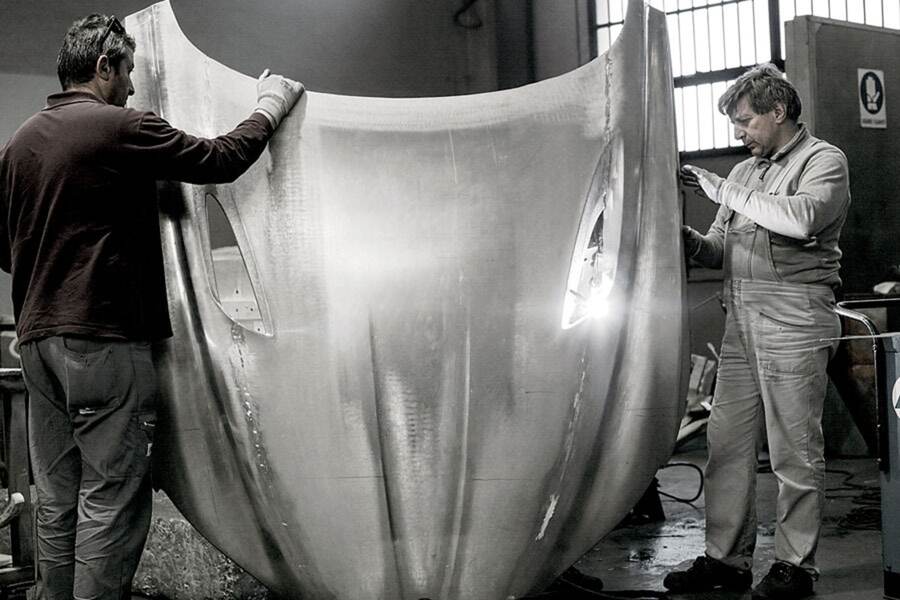 The BMW Zagato Coupe promises exactly that, should it advance from one-off concept to series production (probably in limited numbers). With that end in mind, Zagato created a car that is entirely buildable as it sits, and which has already been subjected to high-speed scrutiny at BMW’s test track.

“It is relatively easy to build a design study which is not intended for use on the road,” says Andrea Zagato. “Not having to meet any stipulations governing crash safety or pedestrian protection opens up a host of new avenues in terms of design. The challenge lies in injecting the emotional appeal of a concept car into a road-legal machine. And we think we have succeeded in doing just that with the BMW Zagato Coupe.”

We think they have, too, and we hope that the BMW board agrees. All that’s needed to see this spectacularly evocative coupe reach production is a signature from BMW’s board member for research and development. 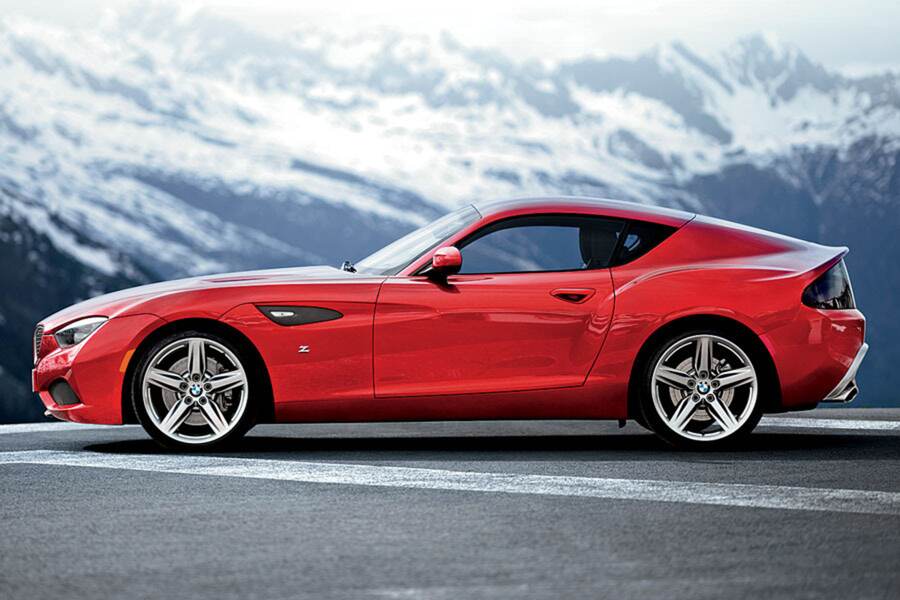 Dr. Diess, we have a pen if you need it! 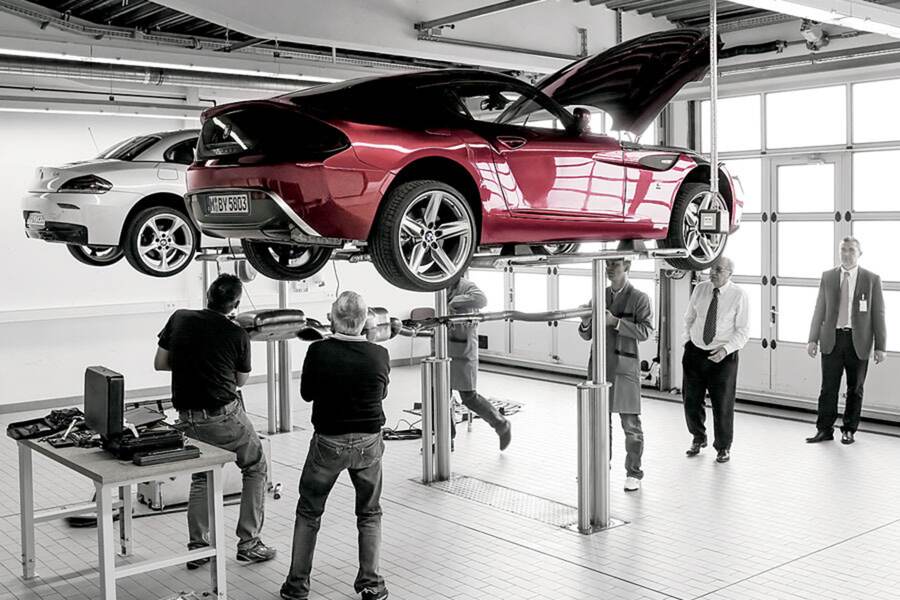 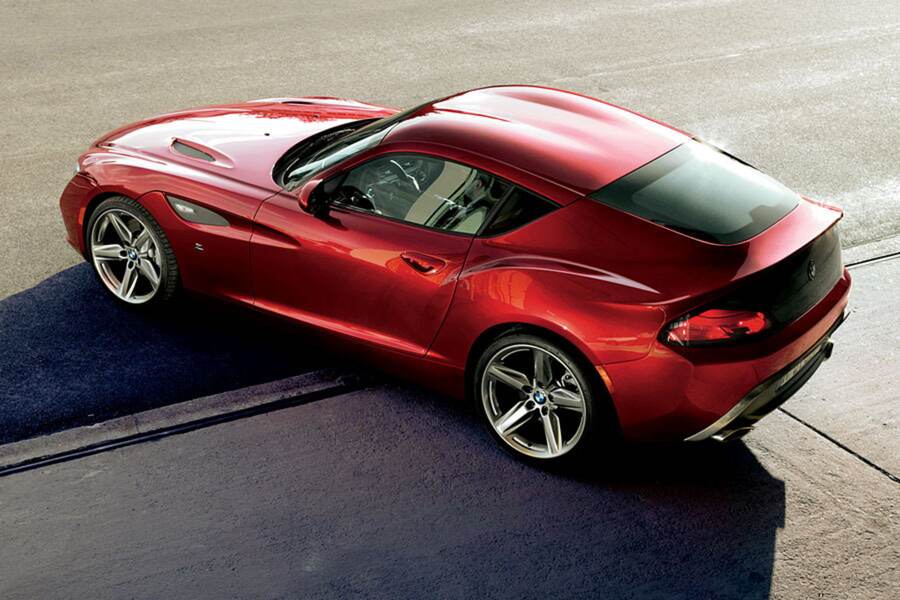 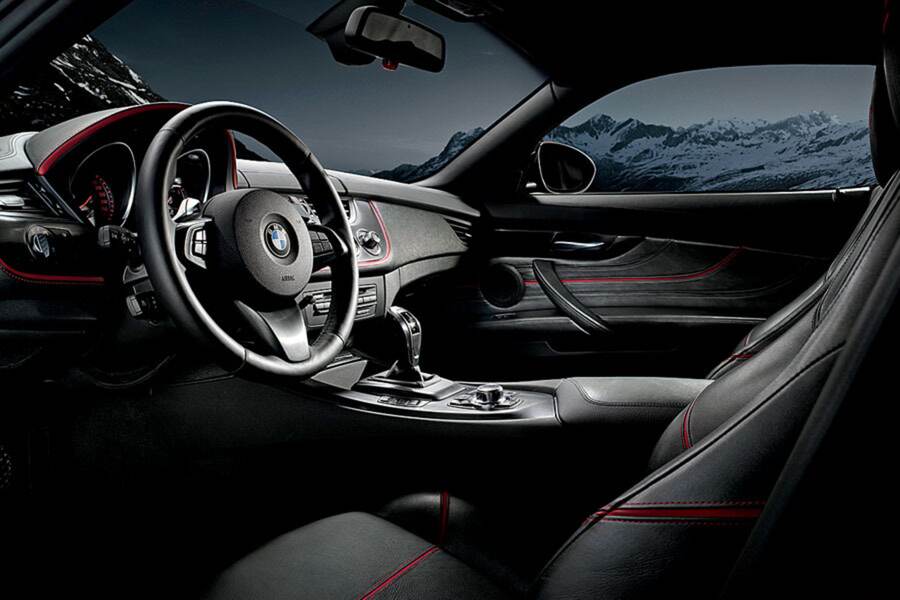 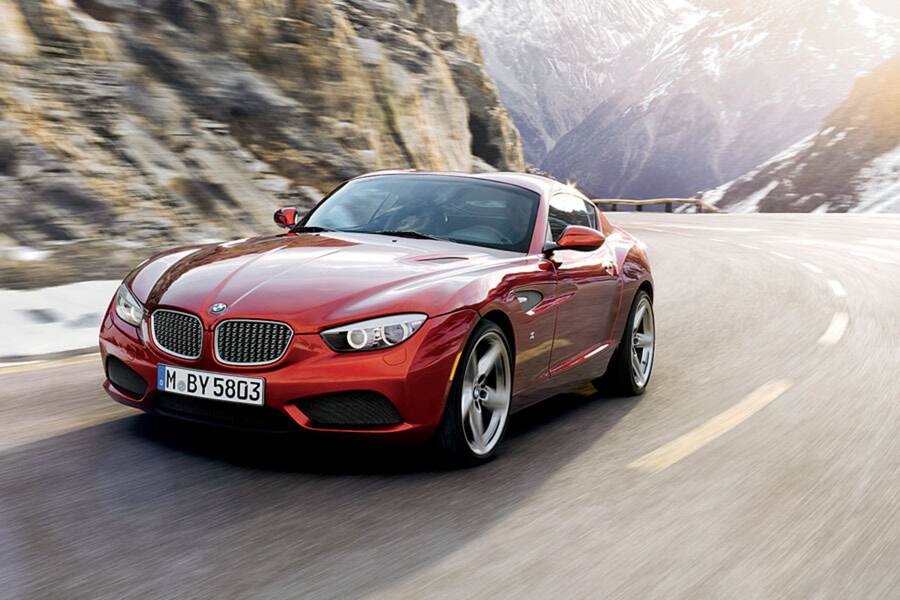 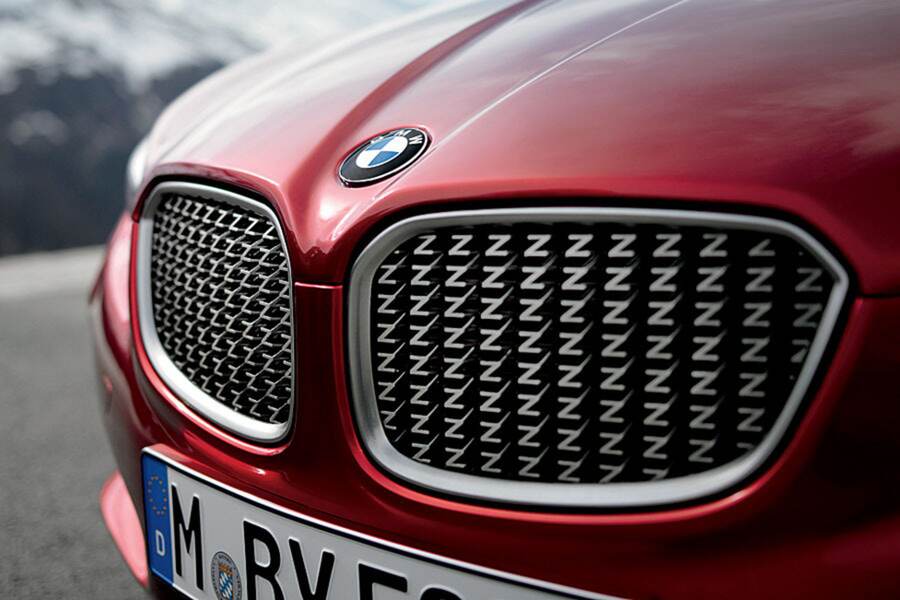 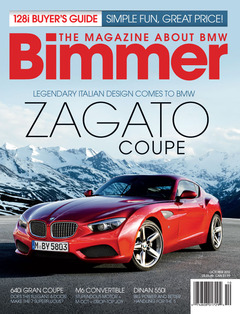