A Batmobile for Bobby

One of the legendary—and rare—3.2-liter “Batmobile” CSLs was recently delivered to a racing legend in his own right, Indy 500 winner Bobby Rahal, who let us drive it before he’d taken the helm himself. Fortunately, we brought it back in one piece…and now 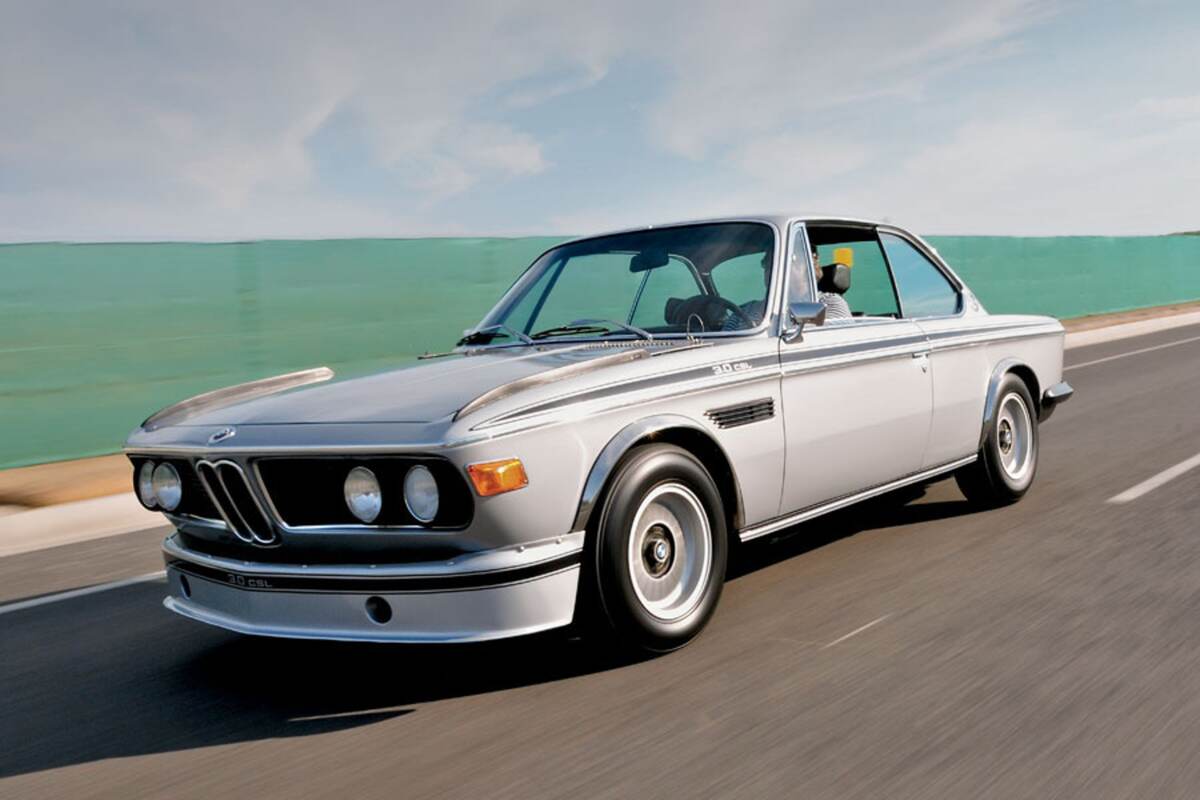 It isn’t every day that you get to drive a CSL, much less a genuine “Batmobile,” but here I am, ready to drive one of just 110 such cars built by BMW Motorsport GmbH in 1973 with a 3.2-liter engine and a raft of aerodynamic appendages stashed in the trunk. A homologation special, this CSL was a street-legal race car built to do battle against an army of Porsches at Le Mans and the Nürburgring.

As I put this impressive vehicle into gear, I pray to the gods of motoring to—please!!!—let me avoid any embarrassing incidents (specifically those that would cost a fortune to repair, whether the car or my reputation). Not only is this CSL rare, it’s also been freshly restored for its new owner, 1986 Indy 500 winner and BMW Team RLL principal Bobby Rahal.

The gods seem to listen to my pleas, the “Bat” goes smoothly into motion and by the time I’m in second gear it already feels like this CSL and I are old friends. 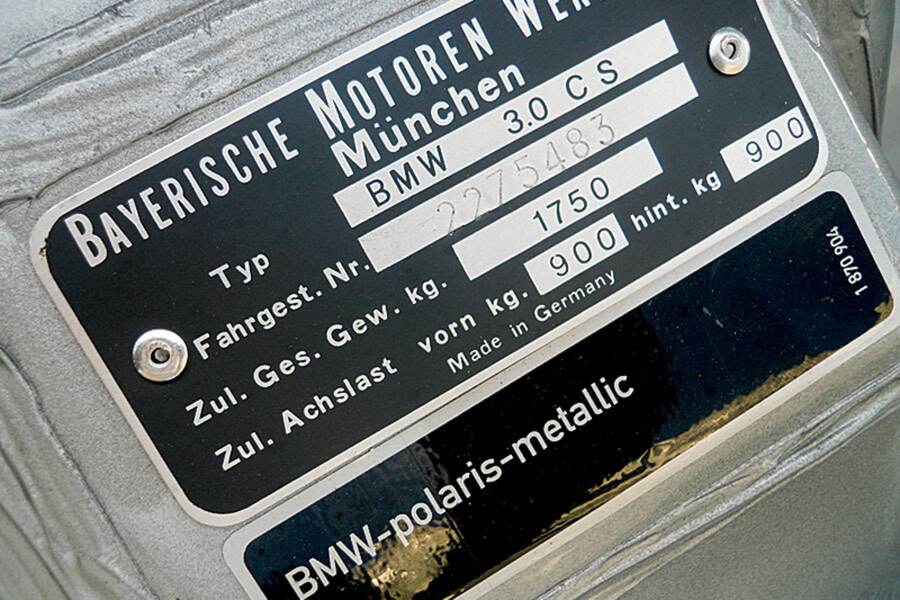 What’s even more astounding is that the car I’m sitting in still takes your breath away. It may be 40 years old, but its racing heritage comes through strongly around every corner of this isolated Southern California road. The Batmobile eats up the turns like it’s coming off an extended fast, and the moderate understeer, infamous in its time, is easily corrected by adding a tad more throttle to let the rear come over just so.

The 3.2-liter M30 six has plenty of power, and I mean plenty! It’s smooth and strong, revving willingly past 5,000 rpm in a way that belies its age. And even though some modern engines have more than twice as much torque, the powerful inline six rockets the CSL forward with a lusty roar and squealing tires. It surprises me to learn that the fuel-injected “big six” was rebuilt by Beyer Motor Work of Chandler, Arizona to its original specification, which means a fairly modest 210 lb-ft (at 4,200 rpm) to match its 206 horsepower (at 5,600 rpm).

Of course, the secret to this car’s performance isn’t power but weight—specifically that there’s not much of it. From the factory, a 3.0 CSL weighed 2,568 lbs., or about 440 less than an equivalent CS. The larger engine means this 3.2 weighs a few pounds more, but it still feels really light thanks to doors, hood and trunk lid made of aluminum, plus further weight reductions through the use of thinner steel for the body as well as minimized trim and soundproofing. The overall effect makes fast driving feel more like ballroom dancing than wrestling, which is often the case in a heavier car of this vintage. 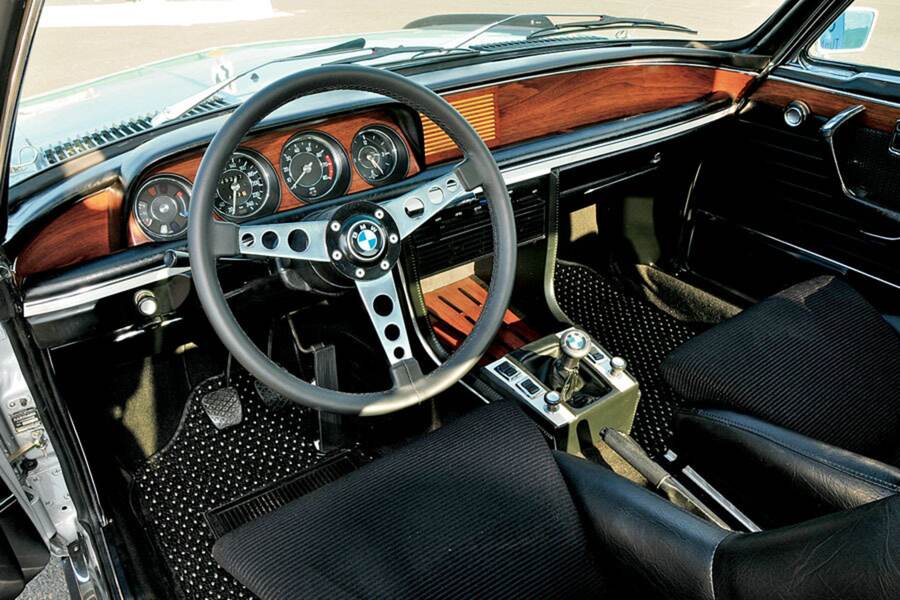 Oh, yeah! The age-old recipe of a formidable six powering a mightily weight-reduced coupe still works, even after 40 years.

The real deal: a Series I Batmobile

The story of one of the rarest BMWs in recent history started when a deal for a 2002 Turbo went sour for Southern California BMW restorer Ron Perry.

“I had this client who really wanted a Turbo,” Perry explains, “and after I found one that was like Swiss cheese, full of rust and holes, I asked the guy why he would take all the money out of his 401k to buy a Turbo when he could get himself a CSL, a car that would appreciate much faster than the 2002s.” 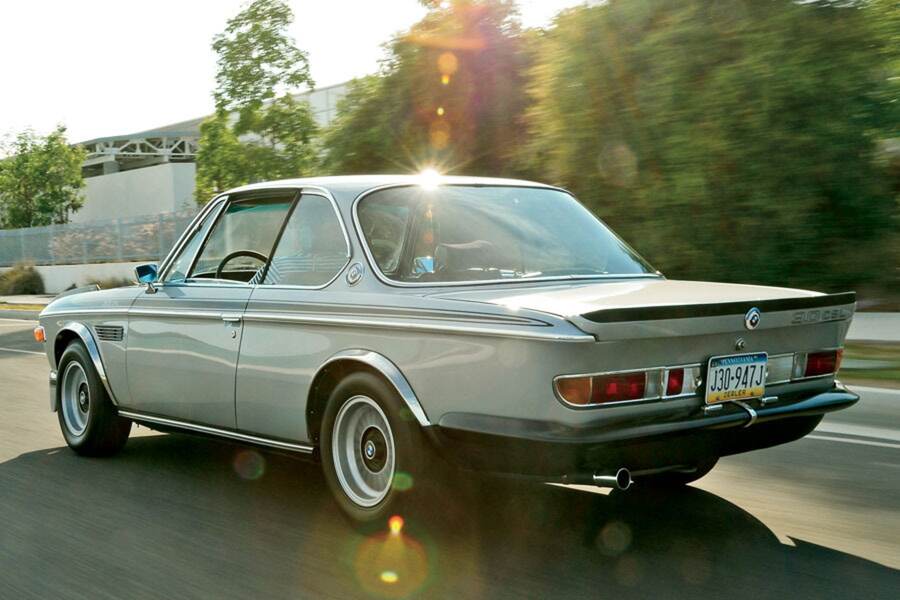 Perry had heard about a CSL in Phoenix, so he flew to Arizona, looked the car over for four hours and phoned his client to tell him that it could be his for $60 grand. Problem was, the client had flaked by the time Perry secured the car.

“It was a real CSL and had the original motor completely rebuilt in a crate!” he marvels.

Better still, its serial number revealed it to be a Series I “Batmobile,” one of the final CSLs built with the 3.2-liter fuel-injected sixes and the aerodynamic add-ons in the trunk, since BMW couldn’t legally pre-install them on a car destined for German roads. Only 45 or so of the 110 Series 1 Batmobiles are estimated to remain in existence, and Perry knew he was onto something special. [110 Series I Batmobiles were produced from 7/73 through 10/73; 57 Series II Batmobiles were produced from 1/74 through 10/75.—Ed.] 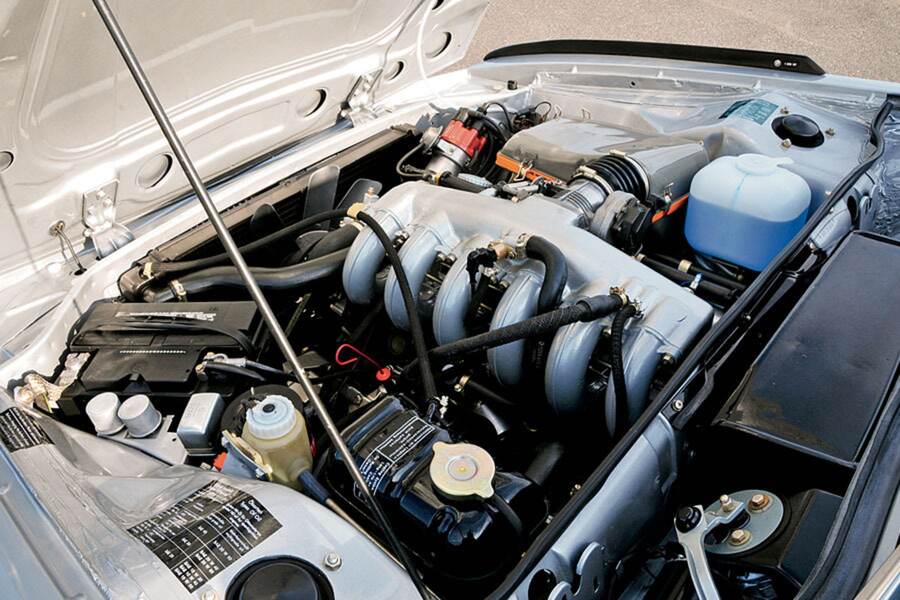 Even better luck came when Perry got a call from Bill Watson, who runs the RoadRockets vintage BMW race shop in Sonoma, California and was trying to help his friend Bobby Rahal track down an E9 coupe.

“My mother had a ’73 3.0 CSi,” Rahal tells me, “and it was such a wonderful car that I always thought I’d like to have one or, even better, a CSL. When you compare it to a Porsche RS from the same era, the BMW is just so much more car.” 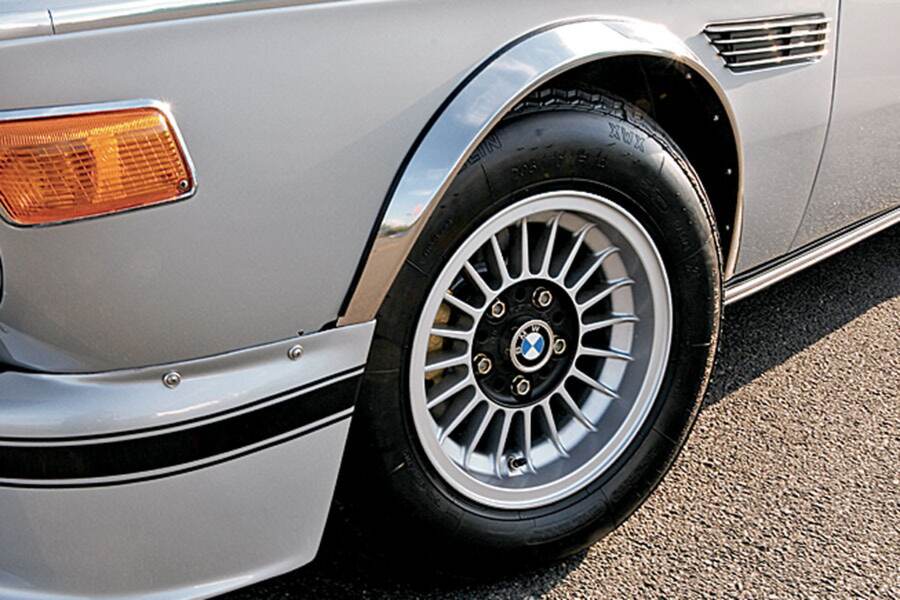 He had, he says, half-heartedly searched for one over the years, only getting serious about it when he heard from Watson that Perry had found a CSL.

“I emailed him,” says Rahal, “and then in February of 2012 I flew to L.A. to meet Ron and his team. After seeing the car and buying Ron a pizza, I bought the car and gave him the go-ahead to restore it.”

“It was great,” beams Perry, not only talking about the pizza. “Bobby looked at it and the money was in my hands immediately.” 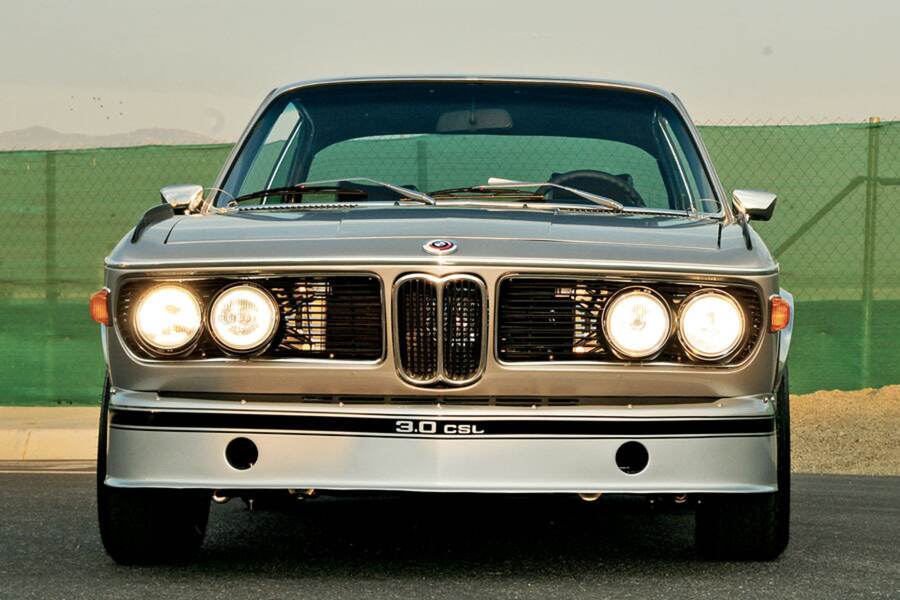 Which might have been a good thing, because further inspection revealed why the newly acquired “Bat” had came into Ron’s possession for such an attractive price.

“It was a rust bucket!” he says, “and they had covered it up so well that I didn’t see it when I was in Phoenix. Everything had to be redone…everything.”

It took more than four months of intensive work to get the CSL into the shape that Rahal had requested. Not only did the restoration have to be perfect, Rahal also insisted that the car had to be original. 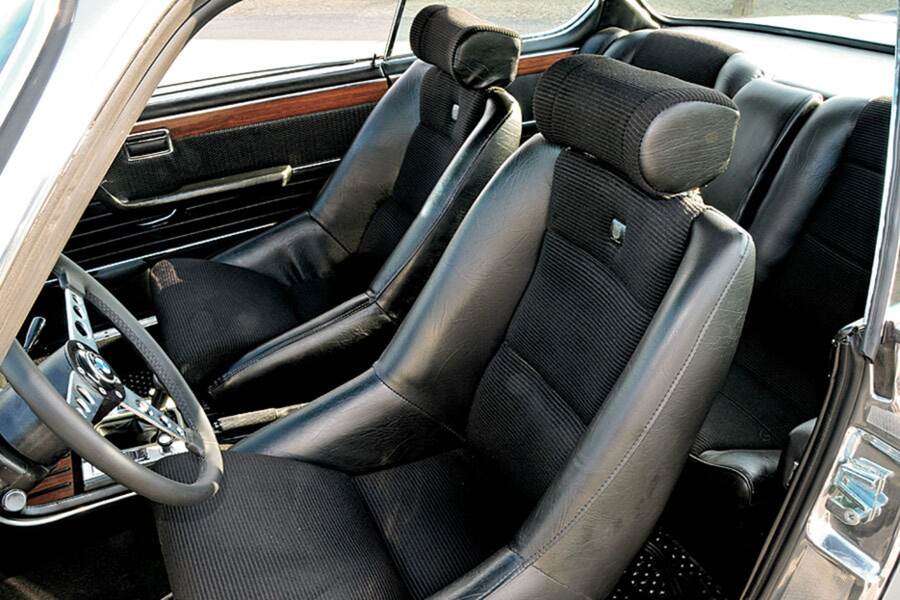 “My 2002 tii was restored by Don Dethlefsen, and his company [The Werk Shop in Libertyville, Illinois] does a superb job,” says Rahal. “I expected the same level of restoration from Ron, in part based on his restorations of other BMWs over the years. Ron wanted to take the car to Monterey’s Legends of the Autobahn, which I felt was enough of a motivation, and of course he won with the car this year. I am proud of that, and I know he put a tremendous amount of work into it, so he very much deserved the accolades.”

Indeed he did, although he probably hadn’t expected the work to be so extensive.

“We replaced the entire rear frame, the floor, the rocker panels, and we had to completely redo the strut towers” Perry explains. “We replaced everything that was available with parts from BMW, and what was not available we had refurbished. We pretty much built a new car.” 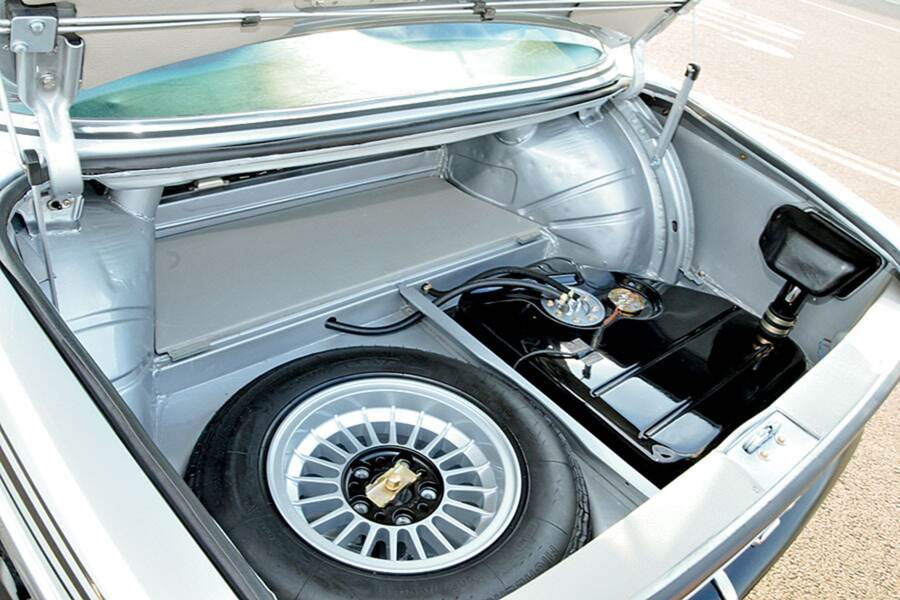 It shows. Bobby’s “Bat” is in perfect showroom condition, with an impressive paint job in Polaris silver metallic and perfect black CSL striping along its sides. The 3.2-liter Batmobiles painted Polaris or Chamonix originally had tricolor Motorsport stripes instead of black ones, but Rahal thought they looked too “boy racer” and opted for black stripes instead. He did assent to Perry’s choice of cloisonne Motorsport badges instead of the usual blue-white BMW roundels for the hood and C-pillars, a tasteful touch that alludes to the CSL’s construction by Motorsport just prior to its formal incorporation as a division of BMW.

After the Legends, Rahal nixed the aero hoop over the rear window that Perry had installed, but he kept the Batmobile-specific rubber fins atop the front fenders and the 3.2-only front air dam, neither of which was installed at the factory since such things were prohibited by the TÜV. (The car was originally sold in Germany and its provenance after that initial sale is a bit murky, with the first verifiable change of ownership taking place in Connecticut in 1997.) 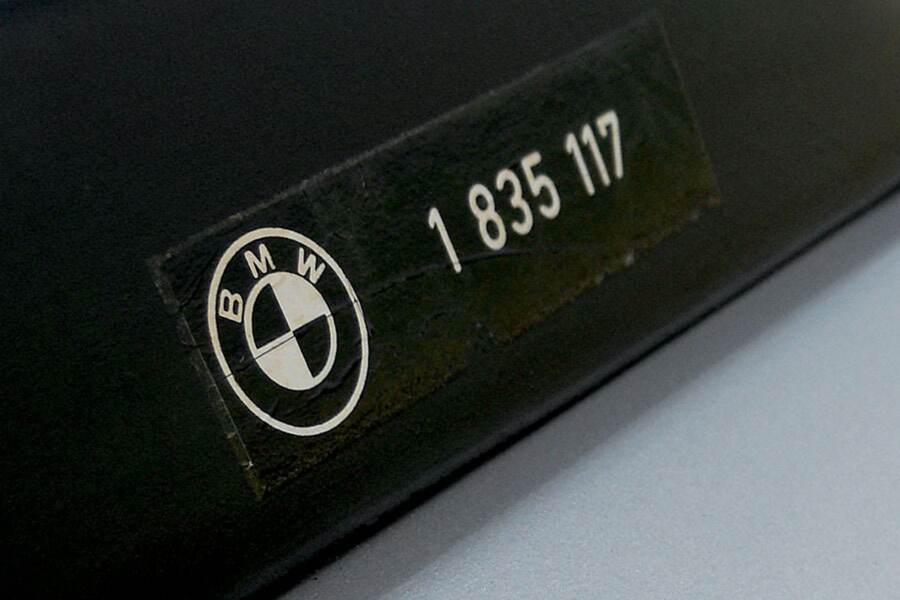 Everything old can be new again

In any case, the car’s exterior is immaculate, and even the undercarriage looks like it’s straight off the production line. The interior is also superb, with its CSL-specific Scheel bucket seats and original steering wheel looking factory-fresh, as does the cockpit’s wood trim. Perry even restored the trunk with its larger fuel tank and spare, and painstakingly replaced the tool set.

The only modification from the original that Rahal was ready to concede was the replacement of the original four-speed transmission with a dogleg-five speed that Ron just happened to have lying around. This Getrag ’box shifts smoothly and precisely, and it suits the CSL perfectly, being the kind of mod an enthusiastic owner or racer might have done when this car was new.

It’s like new once again, and Rahal is smiling as he describes his first drive in the Batmobile, delivered by Perry to Fontana over the Indy Racing League weekend.

“It was fabulous!” he says. “Fast, beautiful, practical and did I say FAST?”

That was my impression, too, and it’s good to know that this Batmobile’s speed won’t be going to waste. Rahal plans to show it now and again at concours events around the country, but his main thing will be driving it.

“The idea of a real Batmobile held a lot of interest for me, as I am trying to attract special cars for my collection. I am truly in love with this car—for its iconic status and for the driving experience,” he continues. “It could become my regular driver.”

He sold his Isetta, but BMWs remain a particular passion for Rahal, who owns a BMW dealership in Canonsburg, Pennsylvania as well as the BMW Team Rahal Letterman Lanigan racing team.

“I also have a ’72 tii and have just purchased an M1,” Rahal adds, “so the CSL definitely fits the collection!” 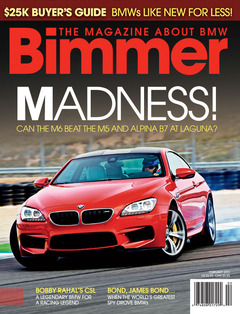