For a glimpse at the future of M, we drive the M3 CRT, the special edition that closed out the run of E90 M3 sedans with an innovative use of carbon fiber, more power and a rebalanced chassis that foretells what the F30 M3 might feel like. 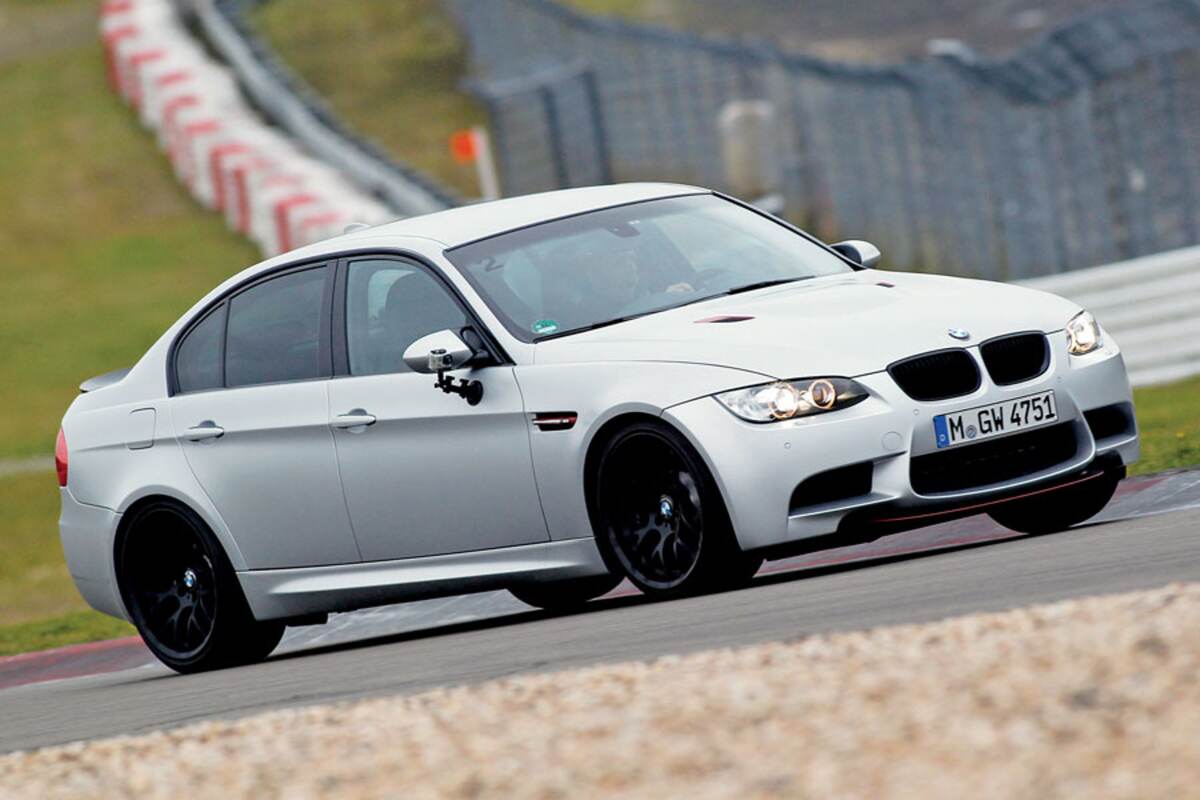 When the M3 CRT was first announced back in July 2011, we dismissed it as yet another superficial special edition with matte paint and carbon fiber trimmings. When we drove it at the Nürburgring, we realized within a few hundred yards that we couldn’t have been more wrong. The M3 CRT is something altogether different, a special edition in which the “special” goes far beneath the Frozen Polar Silver skin. It’s effectively a CSL for the 21st century, but more radical even than its early ’70s E9 counterpart and definitely more rare, with just 67 examples built. It’s also a glimpse into the future of M, offering concrete clues as to what the next M3 might feel like when it’s introduced next year.

The M3 CRT—for Carbon Racing Technology—is where M meets i, BMW’s future-looking sub-brand dedicated to electric mobility for megacities. No, M isn’t borrowing the i cars’ battery-powered drivetrains; instead, it’s picking up the scraps left over from the construction of the i cars’ carbon fiber passenger cells and turning it into innovative parts that reduce weight and improve performance.

The CRT’s hood and the seat backs are made from a cellular carbon honeycomb, which BMW says is “produced in a globally unique process pioneered for the manufacture of body components for the i3 and i8 models.” Unnecessary modifiers notwithstanding, the hood is made from two carbon fiber moldings that sandwich an aramid honeycomb structure, and it undercuts the weight of the standard M3’s aluminum hood by 50%. The seat backs use the same material, but here more weight is probably saved by their slimmer padding and lack of angle adjustment. 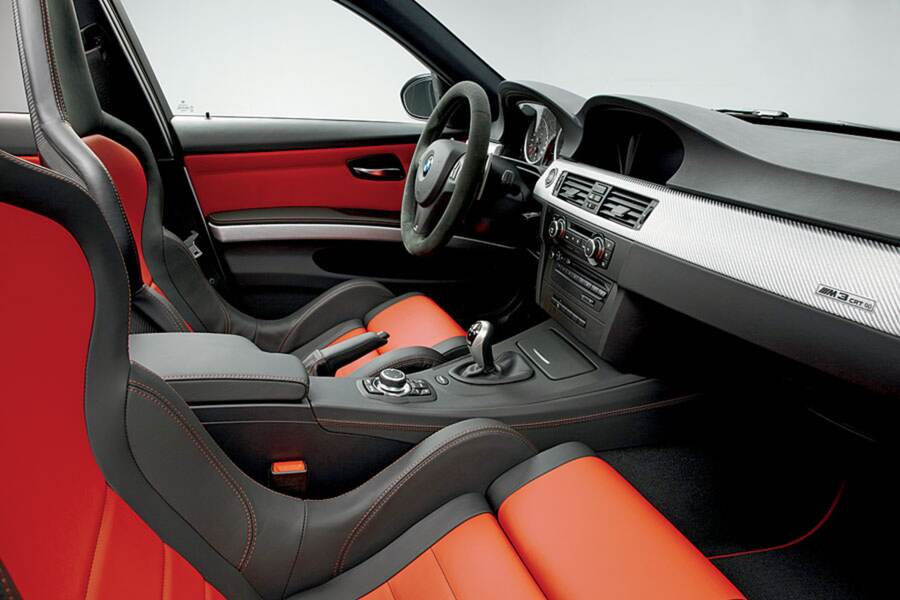 The carbon fiber hood and seat backs make the CRT even more exotic than the E92 M3 GTS, the 3,366-lb., 450-hp Clubsport edition whose Fire Orange paint and minimal equipment made it an instant hit among track day enthusiasts. But the GTS was a coupe, one whose roll cage made it strictly a two-seater. What about those who wanted a high-performance M3 with room for four, and with four doors?

“The idea came from the marketing department,” admits BMW M’s Walter Haupt, who’s technically in charge of Functional Integration for the M brand but who took on responsibility for creating the CRT in his spare time, as did the other engineers who worked to make the car more than just a marketing exercise. “A lot of people want to have a car [like the GTS] as an on-road car, and to use it on Sunday on your lieblingstrecke, your favorite road. Some live in the mountains and do a hill climb, some live near the Nürburgring and use this course, or the Lausitzring or Hockenheim. I live in the Schwarzwald, and I have my favorite road there. The idea was to build a car for people who wanted to have something like a comfortable sports car and an Individual car, so we built up the last four-door M3s as a special edition using a lot of the parts developed for the GTS.”

That, of course, begins with the engine, a 4.4-liter version of the S65 V8 that puts out 450 hp rather than 420 and 325 lb-ft rather than 295. As well as more powerful, the larger-displacement engine is livelier, with a slightly raw sound that encourages the driver to seek out the upper reaches of the tach just to hear it scream. It’s usable power, too, torquey enough to propel the M3 CRT from zero to 62 mph in just 4.7 seconds, 0.3 second quicker than a regular E90 M3. 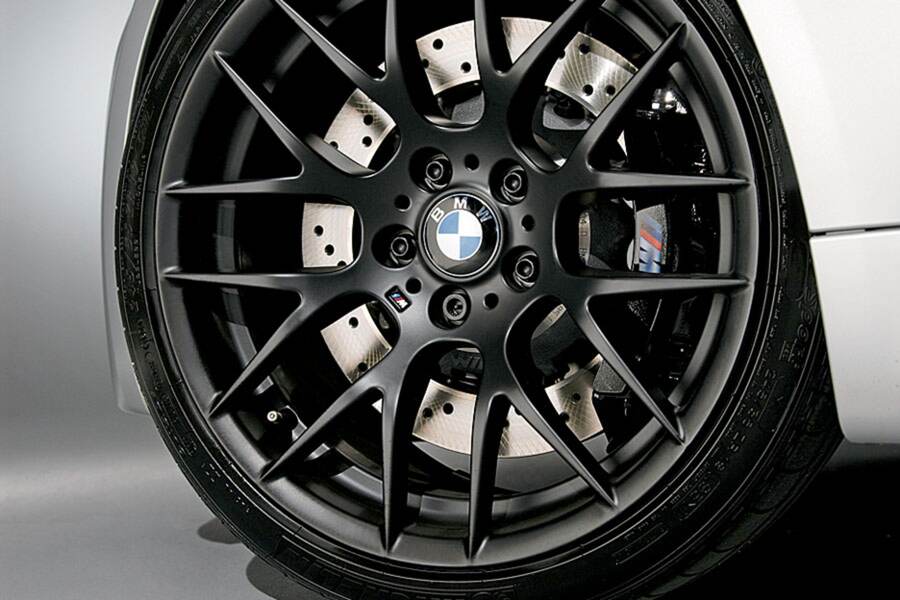 To arrest that forward motion, the CRT borrows its superb brakes from the GTS. They use racing pads on 378mm front and 380mm rear compound rotors, and they work better than any stock BMW brakes short of those on the new M5 and M6.

The CRT also uses the same KW Variant 3 coilover suspension developed for the GTS, which allow adjustment of ride height, compression and rebound damping. The car we drove felt perfect for the Nürburgring but a little stiff for road use; Haupt told us it was actually riding on a street setup rather than track settings. Even so, it was the sharpest-handling M3 we’d ever driven, and perhaps the most responsive, as well.

“Sharp like a knife, absolutely!” Haupt concurs. “And you’re able to shock Porsche’s GT3 RS, even with four guys in the car.” 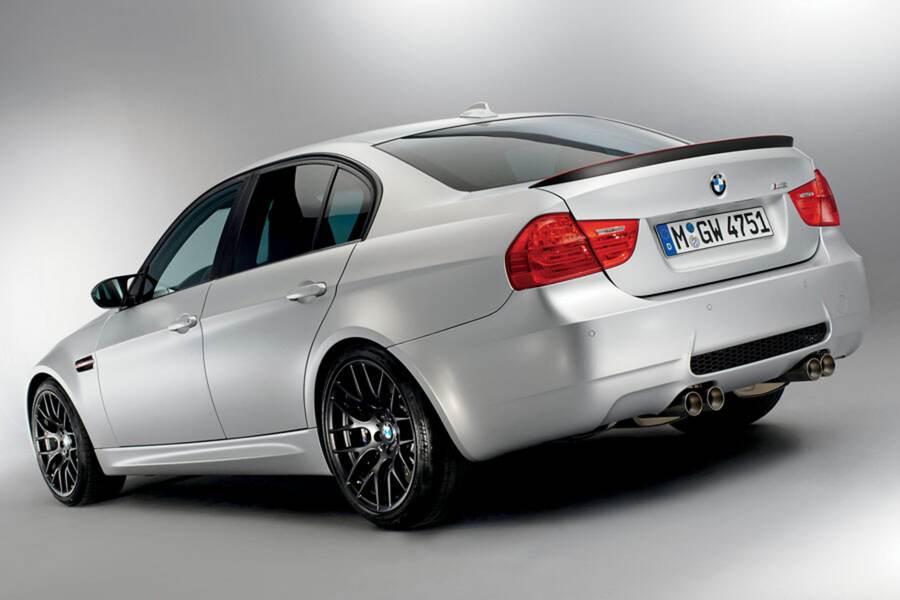 The sharpness of the handling isn’t just a function of the suspension, of course, but rather of the car’s balance, the distribution of its weight between the two axles. Where a standard M3 sedan places 47.8% of its 3,726-lb. mass over the rear axle, the CRT shifts that percentage to 48.4% of its own 3,476-lb. total. To break it down, that means that the standard M3 carries 1,781 lbs. over the rear axle while the CRT carries 1,682, a difference of 99 lbs. More important to handling, the standard M3 carries 1,945 lbs over the front where the CRT carries just 1,794. That 151-lb. reduction confers a major increase in agility.

But what does it mean to those of us who weren’t among the lucky 65 buyers to get their hands on one of these limited edition CRTs? (BMW kept two.) Quite a lot, actually.

Haupt calls the carbon construction of the car’s hood a “technology tryout, maybe a prototype version for the next [F30] series.” He doesn’t say so—he can’t say so, in fact—but we think he’s right. The E92 already brought a carbon fiber roof to the M3, and the F30 will undoubtedly feature even more of the lightweight material, made even more cost effective now that BMW’s more or less manufacturing it in-house and using the scraps from i car production to make M3 parts. 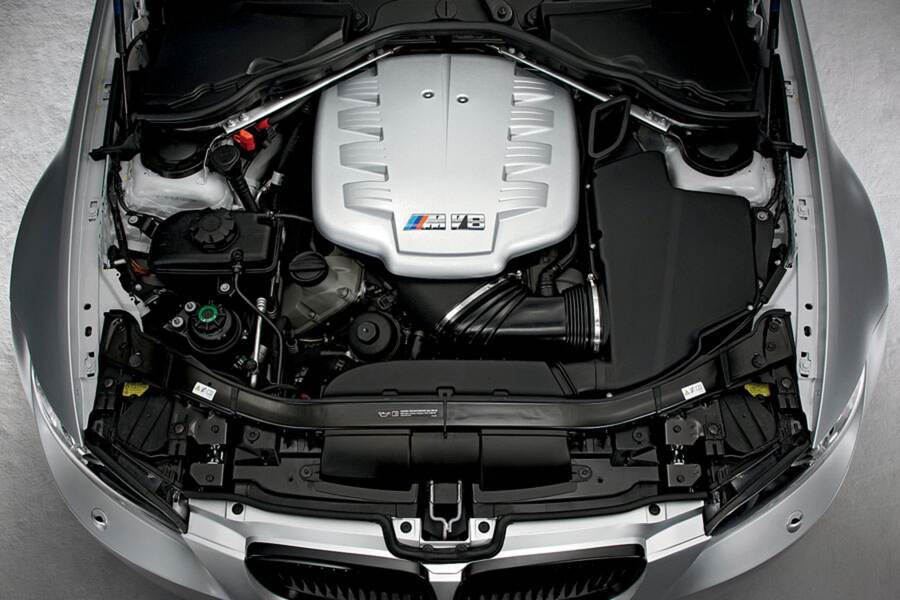 BMW will be returning to an inline six for its next M3, and turbocharging should put 450 hp well within reach assuming a displacement of at least 3.0 liters. (BMW’s new non-M 1.5-liter triple puts out 177 hp.)

What’s really foretelling, however, is the balance, the rearward weight shift that makes this car feel so much better than every other M3 we’ve ever driven, and which puts it ahead of even the Clubsport GTS for handling prowess. We’ll have to await official confirmation, but we’re pretty sure that this is what the next M3 will feel like when it’s finally released in F30 guise.

And what does it feel like, exactly? I asked Haupt to tell me what he thought when he drove his baby at the Nürburgring for the first time. 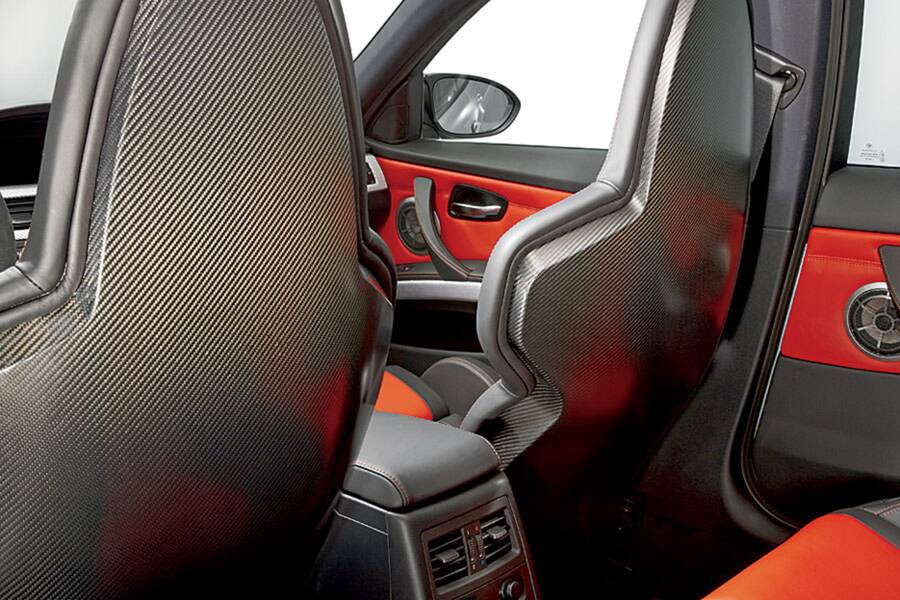 Our sentiments exactly. This is, without a doubt, the best M3 we’ve ever driven, and it portends a future for M cars that is brilliant indeed. 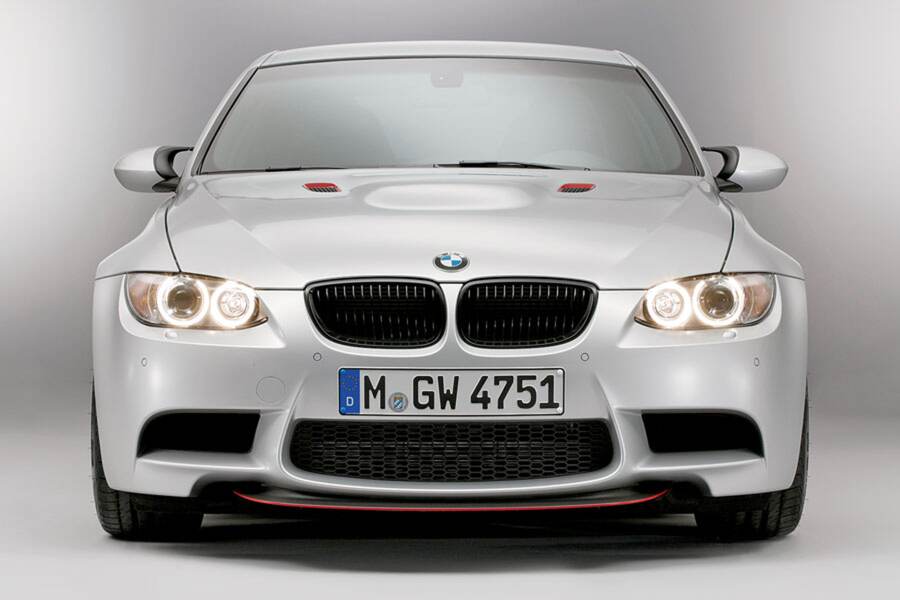 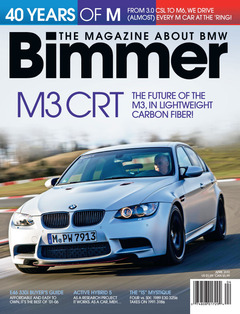