The 1 Series M Coupe is already one of the hottest Bimmers ever built, and it’s made even more potent with Alekshop’s elemental but well-chosen modifications. 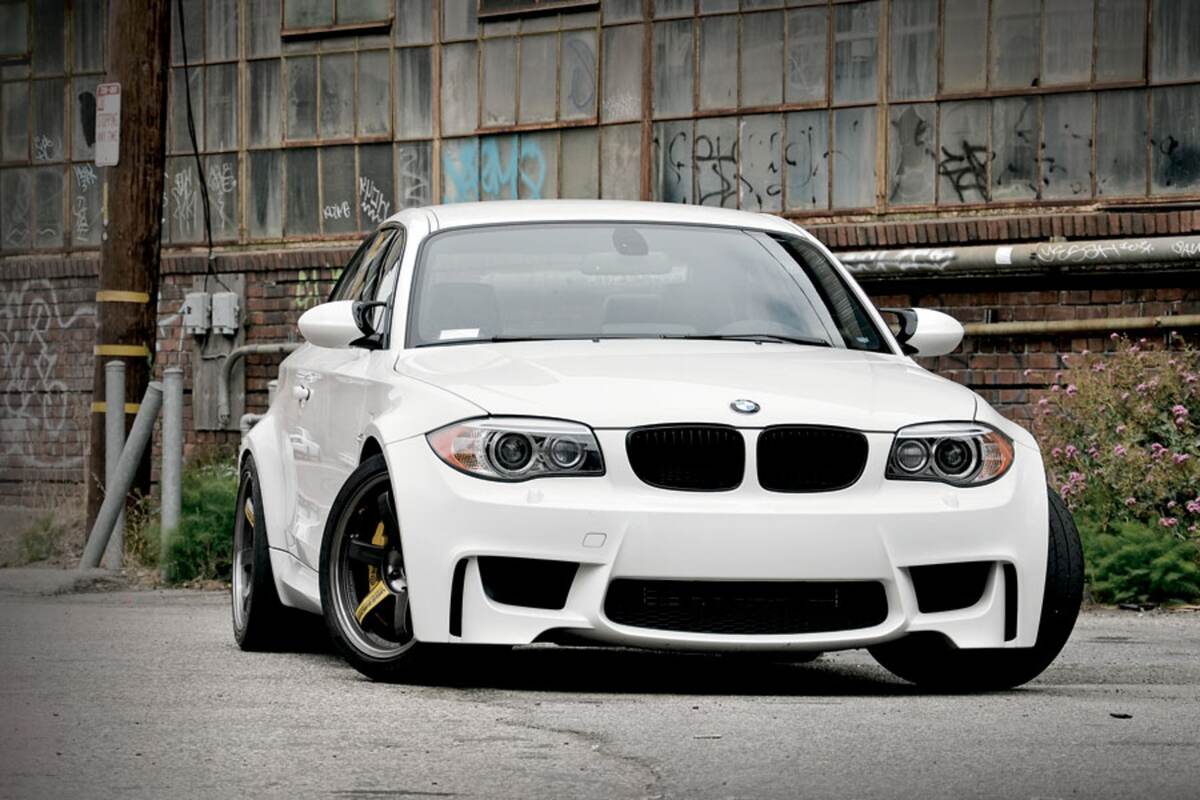 Wildcat Canyon in the Berkeley Hills of Northern California is a winding ribbon of a road that meanders around sweeping curves, whips around tight hairpins and runs down short straights bordered by thick, dense trees. It’s dark here all day long, and the shadows can hide wet spots in the road.

Wildcat Canyon is equal parts exhilarating and terrifying, especially from behind the wheel of Alekshop’s pumped up 1 Series M Coupe. The narrow ribbon of asphalt is illustrating just how bonkers fast this modified 1M really is.

Bursting out of corners on a rush of turbocharged power, the BMW’s back tires slither back and forth as they struggle for traction on the narrow road, the trees blurring as the car rockets forward, exhaust howling. It’s enough to frighten every squirrel within earshot, not to mention all of the spandex-clad bicyclists on the road. 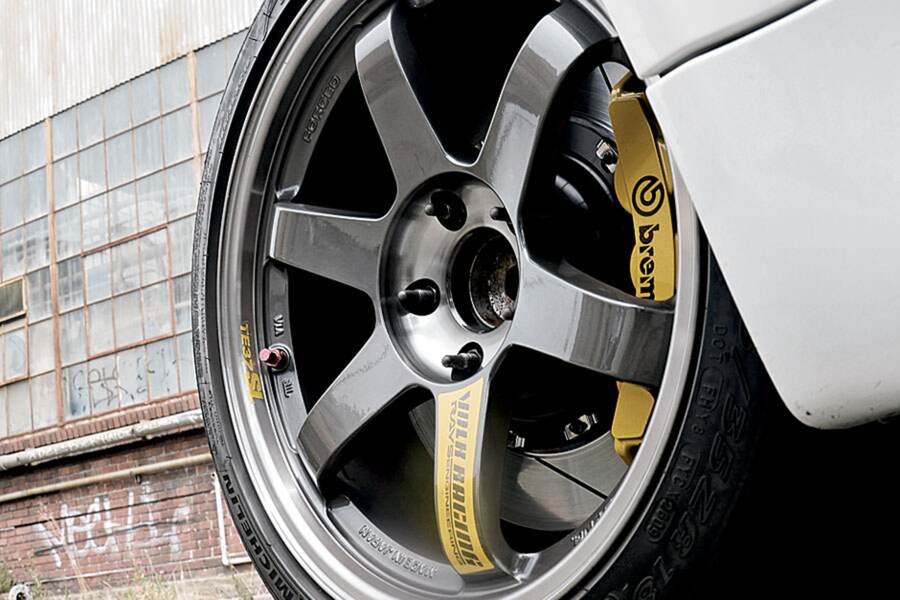 With its boosty power deliver and propensity for oversteer, even a stock 1M Coupe is among the more intense products to be realized by the mad scientists in Garching; add in some well-chosen upgrades and you end up with one insane little Bimmer. If the Tasmanian Devil had a car, it would be something like this 1M.

The car I’m driving was cooked up by Alekshop, a tuning firm in Fremont, California, southeast of San Francisco. Owner by Alek Dovbnya has experience with a wide range of cars, from Nissan GT-Rs to several generations of BMW M3, and he knew the 1M Coupe was something special the moment he heard about it. 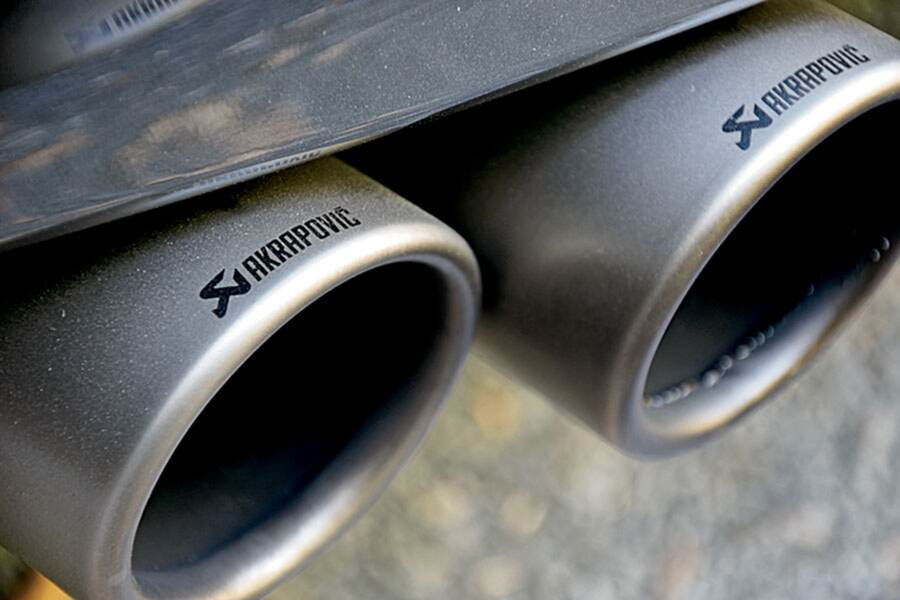 “With all the information that was available prior to the release of the 1M, we knew this would be a very special car,” Dovbnya says. “Of course, these cars run exceptionally well as stock cars, but most enthusiasts always want more.”

With “more” in mind, naturally the first thing Alekshop did once the 1M was broken in was to take it to Laguna Seca, where the BMW’s performance could be analyzed at high speeds. After a few hot laps, Dovbnya came to the conclusion that the suspension, while perfectly competent for hard street use, could use more stiffness to maximize drivability at 10/10ths.

“The stock suspension seemed to be very soft and jumpy, which didn’t do well at the track,” he says. 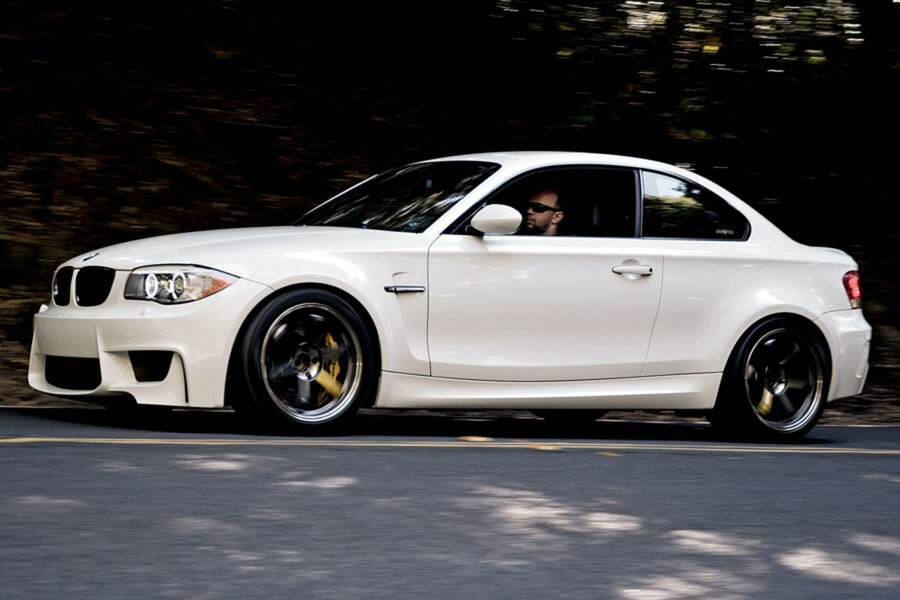 He swapped the stock springs and shocks for KW Variant 3 coilovers, which allow ride height and damping to be dialed in appropriately. A set of camber plates were also installed up front, adjusted to keep front camber at -2.8 to -2.9 degrees, further improving turn-in and grip.

With stiffer suspension, the 1M Coupe could handle more power than the 335 hp/332-369 lb-ft produced by its N54 six-cylinder engine in stock form. That engine’s turbocharged configuration means that it’s easier to increase power than it is on a naturally aspirated engine like, say, the S54 inline six.

Alekshop started by re-programming the stock engine management system with ESS software, then fitted Akrapovic downpipes that lead to an Akrapovic Evolution Titanium exhaust. The latter allows the driver to bypass the entire muffler with the flip of a switch: When the switch is engaged, a wireless transmitter opens a valve located just aft of the muffler, allowing spent gasses to exit sooner and with far less restriction. 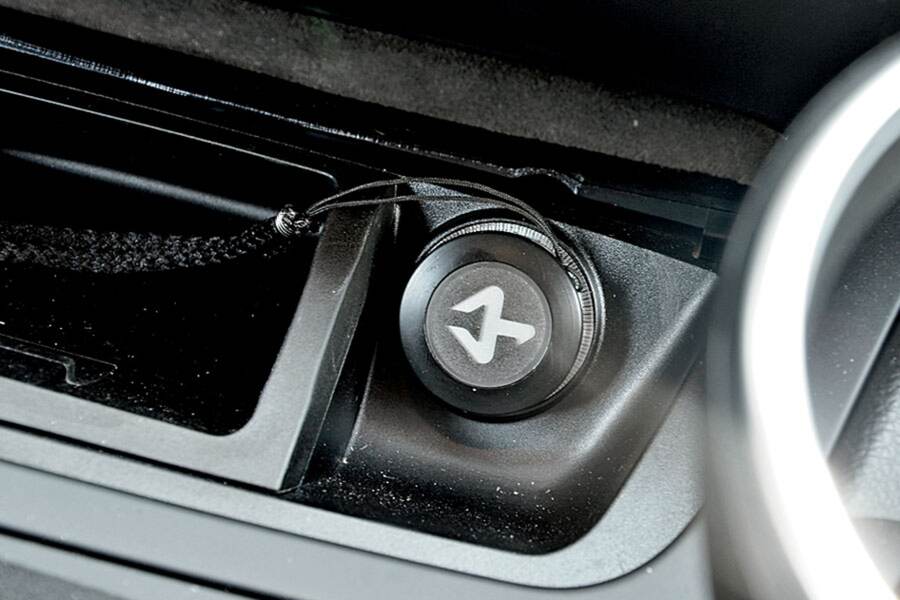 Heat soak (the buildup of heat in mechanical components) can be a vexing issue for turbocharged cars, especially at track days. Fast-spinning turbos produce a lot of heat, which in turn robs the engine of potential power. To reduce heat soak, Alekshop installed an ETS front-mounted intercooler that uses an upgraded charge pipe for maximum cooling.

After all of that, Dovbnya estimates that the 1M is putting out 383 hp to the rear wheels and an even more impressive 401 lb-ft of torque to the wheels. Assuming a 15% loss through the drivetrain, that’s an increase of approximately 100 hp and 118 lb-ft. 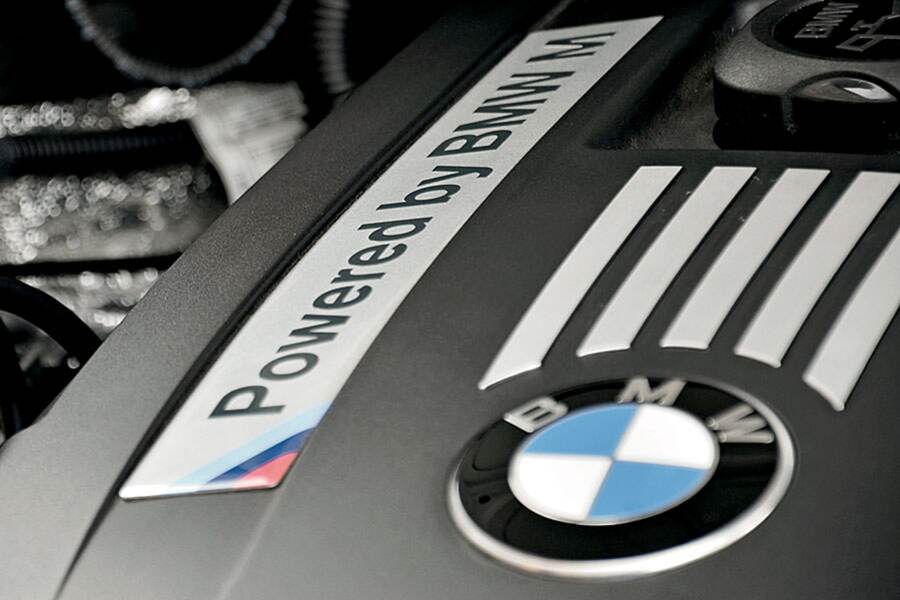 The wheels offer the biggest tip-off that all is not stock under the Alekshop 1M’s understated Alpine White paint. Black Chrome kidney grilles from BMW Performance, gloss black side markers and lighting improved with Lux V3 H8 Angel Eyes constitute the extent of this car’s cosmetic upgrades. In truth, the 1M doesn’t need much help in this area, as its styling has already been tweaked by the M division to differentiate it from the more commonplace 1 Series even at a glance. 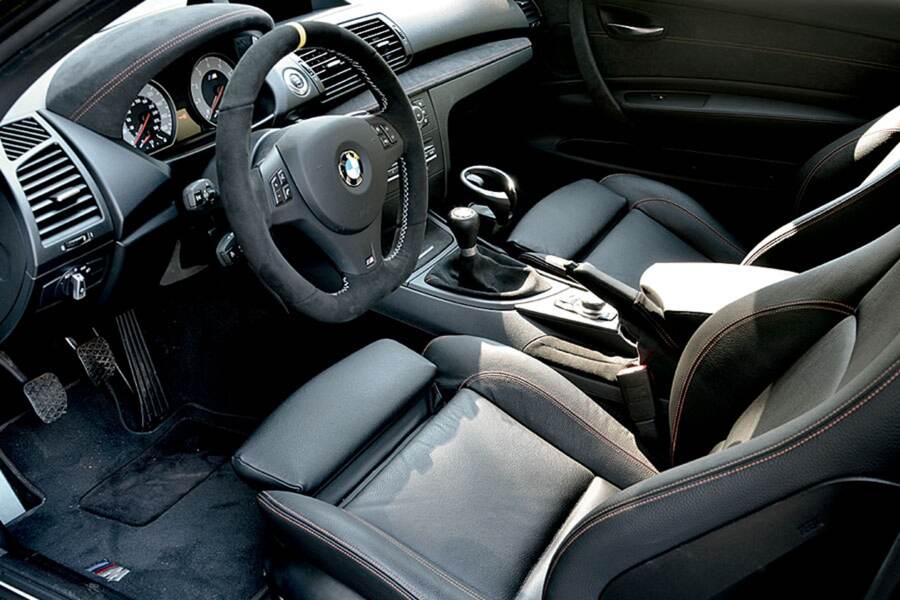 Inside, the changes are limited to a BMW Performance flat-bottom steering wheel, European-spec sun visors (which lack the unsightly warning labels affixed to U.S.-spec visors) and electronic upgrades that include an aftermarket rearview camera and a SOLO DL track timer and datalogging system.

Press the Start button and the 1M barks to life through its Akrapovic exhaust, a hard-edged idle taking the place of the stock pipe’s understated tone. Bypass the muffler by pressing the little button in the center console and things get even more interesting. Exhaust volume increases, and a blip of the throttle lets out a deep growl that sounds more like an M3’s uncorked S65 V8 than a turbocharged N54, though it retains the unmistakable raspiness of a BMW six.

Despite the intimidating sound, this pumped-up 1M remains as easy to drive as a stock example. The clutch is light and easy to modulate, and the shifter slots into gear with a light, precise feel. The Getrag Type G six-speed is a gem, with short, accurate and effortlessly smooth throws that make not just shifting but the entire driving experience feel that much more seamless. 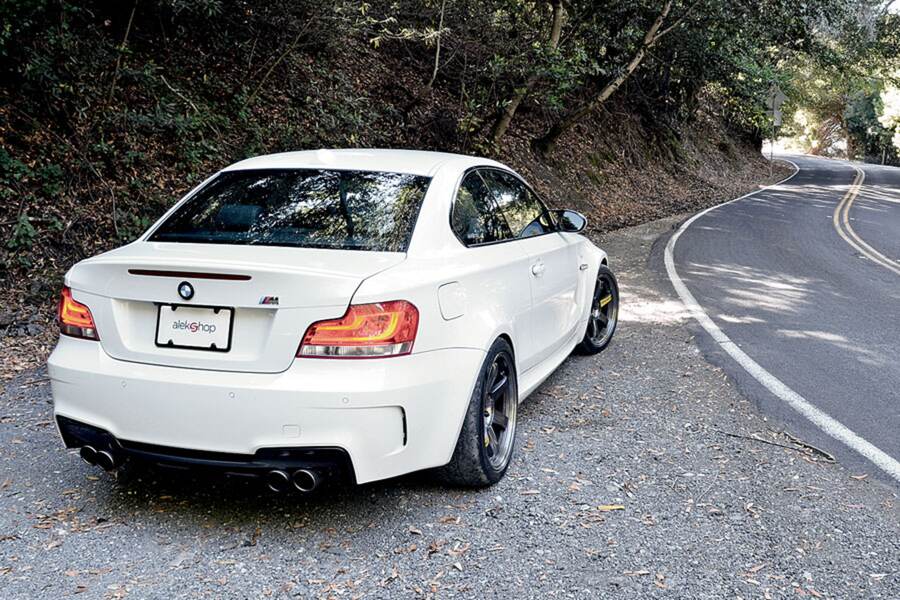 Around any corner, this 1M’s outright grip is high and its body roll practically nil. Granted, the KWs are set pretty stiff, which is great for the race track but can get a bit taxing over rough asphalt. You have to stay on your game on a bumpy, undulating road like Berkeley’s Wildcat Canyon.

Of course, you have to stay on your game to keep the plentiful horsepower and torque under control, as well. Going into each corner, the Brembo brakes slow the car so quickly that we’re straining forward against the seat belts, only to have the 1M Coupe rocket out again so powerfully that the grip of the wide rear tires is easily overwhelmed. Even with the traction control engaged, the 1M’s rear end can attain some pretty exciting slip angles.

And the second that the BMW is aimed down a smooth, winding section of road, that stiff ride is forgiven. Alekshop’s upgrades transform the 1M Coupe into a veritable four-wheeled weapon, with nimble handling and extremely strong acceleration.

It may take a bit of lion taming to subdue this modified 1M, but the rewards are well worth it. A potent improvement on an already great M car, the Alekshop 1M Coupe is one of the most exciting BMWs I’ve had the chance to drive in some time. 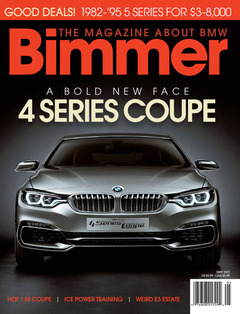