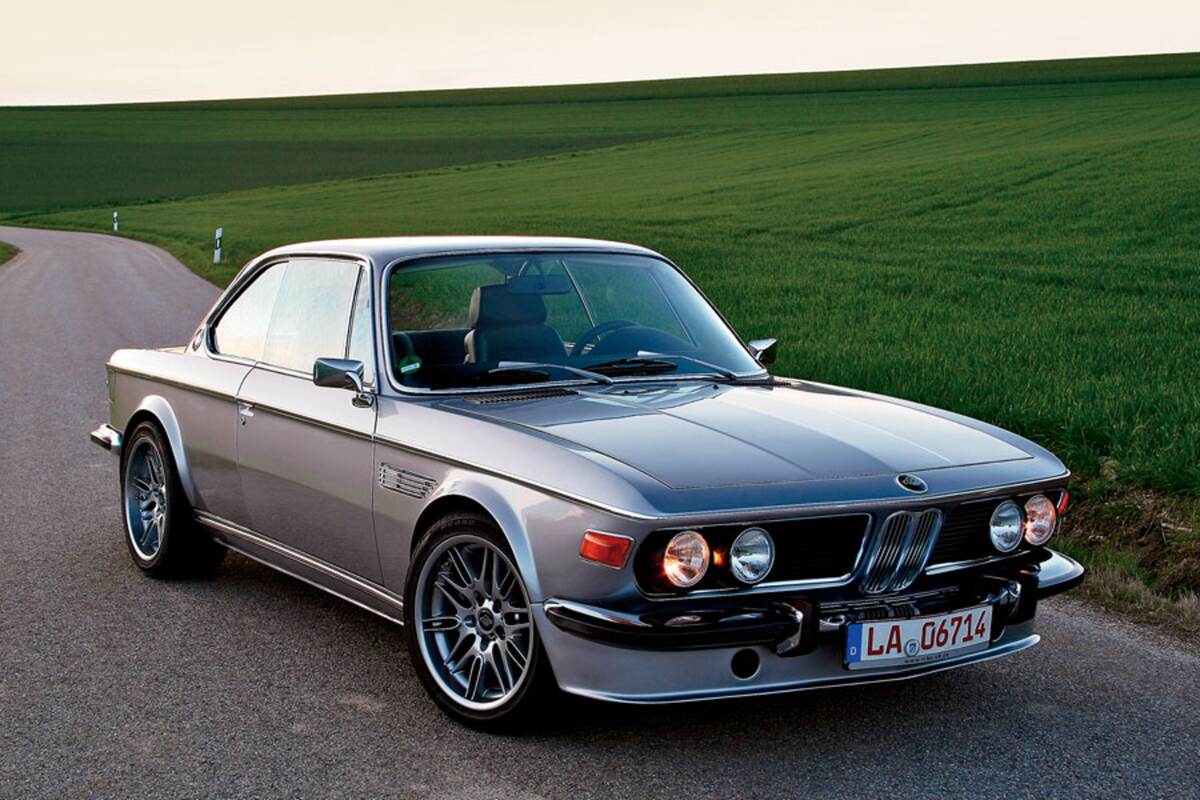 When I first spotted it in the back of the MKO workshop, the 3.0 CS coupe looked like yet another immaculately restored vintage E9—still elegant, still sporty, a classic BMW in the very best sense.

As I came closer, I noticed that it wasn’t exactly standard. Its lower, more purposeful stance and wider wheels stood out, and its rear wheel arches had been extended, too. In fact, the sill area just before the rear arches had also been subtly and sympathetically flared. MKO boss Michael Oberhauser explained that the 3.0 CS bodywork had to be modified to accommodate an E39 M5’s shortened floorpan and mechanicals.

Oberhauser raised the hydraulic lift and showed me how the 1970s coupe body had been grafted onto the late 1990s M5 chassis to create the CS M5.

That’s the kind of car that has to be driven as well as admired, but before we headed for the quiet two-lanes around the village of Wörth, about an hour east of Munich, Oberhauser took me down the long road he had traveled to get the beautiful CS M5 prototype to its finished condition. 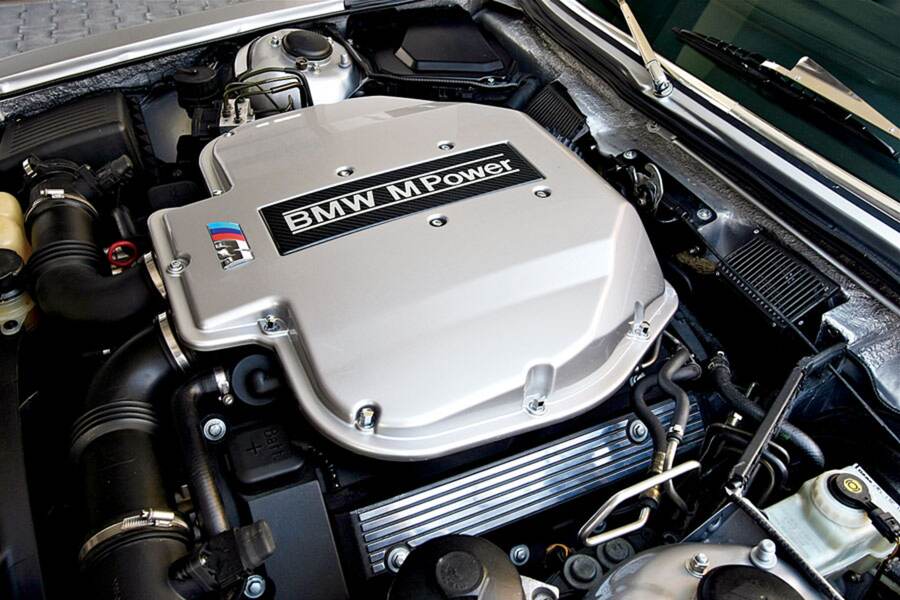 “This prototype involved three donor cars: one E39 M5, which I bought in April 2010, and two E9 CS coupes,” Oberhauser explained. “I already had the first CS before I bought the M5, but then found I needed another for parts. The second CS was a metallic green 2800 CS originally owned by the famous Bavarian TV chef, Alfons Schuhbeck. Like the first one, it had a lot of rust, but I was able to use most of the body shell parts.”

Oberhauser wanted the car to look like new, so he spent €8,000 on lights and chrome trim.

Oberhauser helped his balance sheet by outsourcing the body work to a shop in Romania, where labor costs are much lower than in Germany. 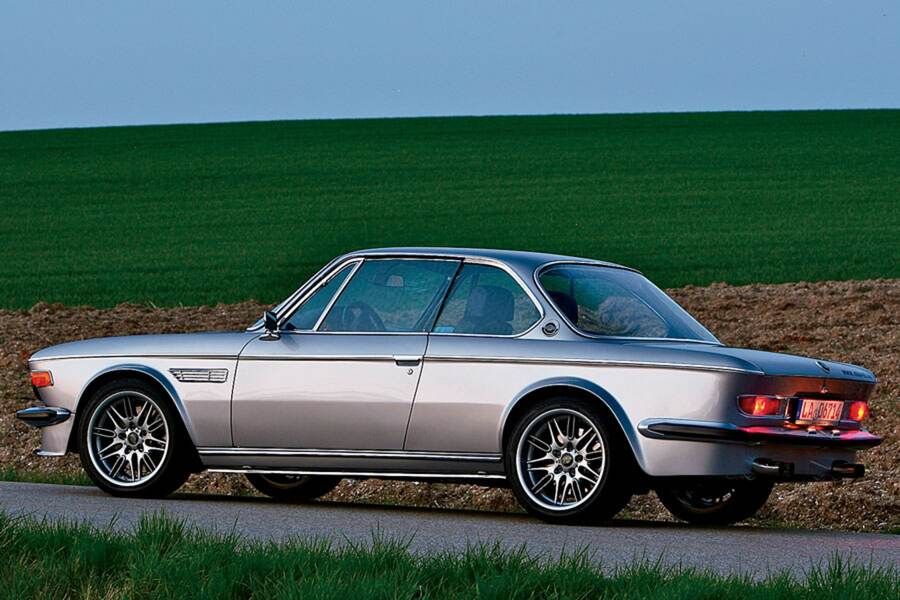 “The labor cost in Romania is one-third that of Germany, otherwise the car would have to sell for over €200,000 [instead of €150,000],” said Oberhauser. “The Romanian body shop we use has some of the best metal craftsmen in their country, and they hand-made some body parts to such a high standard that once the car was painted you simply cannot believe that it did not leave the factory that way. Under the Communist regime, Romanians did not have access to new parts, and they had to re-furbish or even make anything they could not get hold of.”

The Romanian workshop separated the M5 bodywork from its floorpan, then shortened the M5 floorpan, propshaft and exhaust system by 210mm to fit the CS’s wheelbase. The craftsmen then repaired and replaced all the rusty panels on the CS body.

Next came the arduous process of adapting and welding the CS body to the M5 platform, which has 60mm wider front and 100mm wider rear tracks. The rear arches and surrounding metal as well as the sills had to be modified, with many new parts made up from sheet metal. The high standard of work is obvious when you look closely, a tribute to the craftsmanship of the Romanian panel beaters.

The front spoiler is an original CSL part, although a new rear valance had to be made up from scratch to match the wider rear bodywork. It looks good, sitting lower than the original and hiding the big M5 rear silencers, leaving only the four bespoke exhaust pipes exposed at the business end.

Once the rolling shell was complete, it was returned to MKO, where Oberhauser began the mechanical installation. That meant installing the engine, gearbox, wiring loom, the mix of CS and M5 interior trim, new Recaro seats and a ton of other bits, “making modifications here and there as necessary.” He says the process took about seven months. 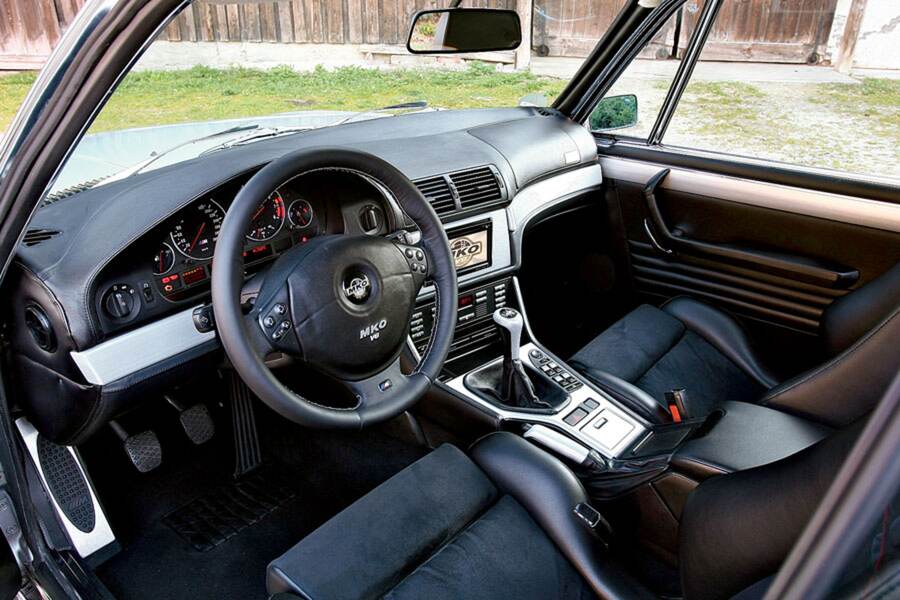 The M5’s S62 V8 was in good working order but had high mileage, so Oberhauser had it stripped down and rebuilt. Subsequent dyno tests saw it prove its mettle by delivering 431.6 hp at the crankshaft.

The M5 suspension was replaced with fully adjustable KW suspension. “KW has a department that caters to small volume tuners and individuals, and they were extremely helpful in re-valving their M5 height-adjustable, coilover suspension kit to suit my car,” said Oberhauser.

When Oberhauser took it for its German TüV inspection, the authorities concluded that so many changes had been made it could no longer classified as a BMW. The TüV decided that MKO should be registered as the manufacturer, thus giving it the official designation of MKO CS M5.

“The biggest fear I had was the emissions test,” he said. “They tested it as a new car, accepting the Euro 4 standard that the M5 was certified to.”

Once the CS M5 had passed its licensing hurdle, the next stop was its official public debut at the annual end-of-year Essen Motor Show. The only question left at that point was how it should be badged. 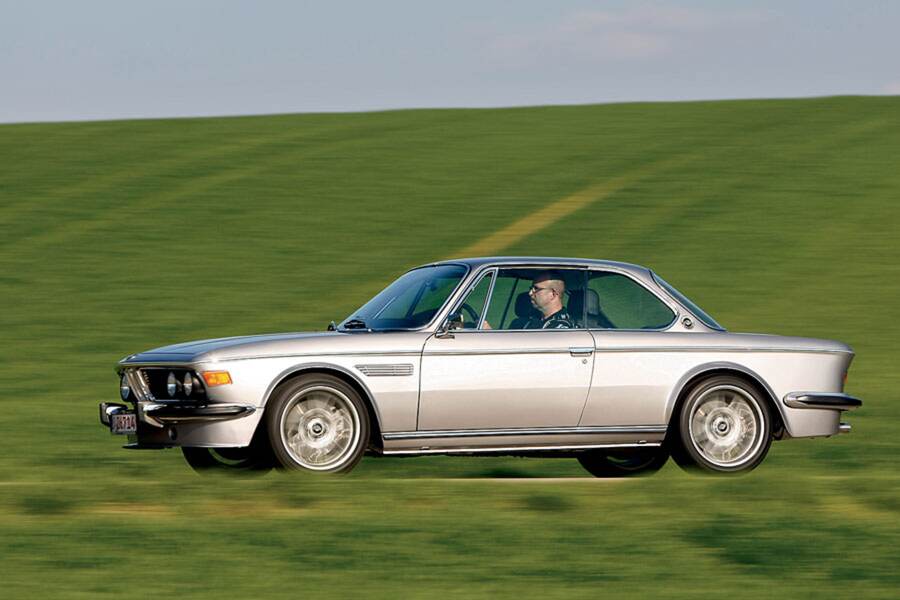 Oberhauser consulted BMW’s legal department and was told that since he was putting MKO badges on the car, all the BMW badges should all be removed along with the M logos on the alloy wheels, which would otherwise be next to the MKO-branded centre caps. This was duly done, and it was off to Essen where the car aroused a lot of interest.

Open the door of the MKO CS M5 and you’ll do a double-take the moment you see the late 1980s-style Recaro seats and E39 M5 dashboard, instrument pack and airbag steering wheel, not to mention the center console. It all looks M5, but the windscreen pillars are too elegantly thin and the front windscreen too upright to belong to an E39.

If you own or have driven a 3.0 CS, you know the feeling when you turn the spindly all-metal key in the ignition and hear the starter churn a few times before the straight-six motor bursts into life with its distinctive roar, then settles down to an idle as smooth as the 40-year-old Bosch fuel injection can manage.

Twist the chunky, modern BMW key in the CS M5’s ignition and the 4,941cc semi-dry sump, Double VANOS S62 V8 bursts into life with a deep woof before settling into a rock-steady, digitally stabilized idle. Blip the throttle and the motor rocks on its mounts as the V8’s rumble pulses through the car. If you hadn’t been told of this car’s build specs, you’d be confused, indeed. 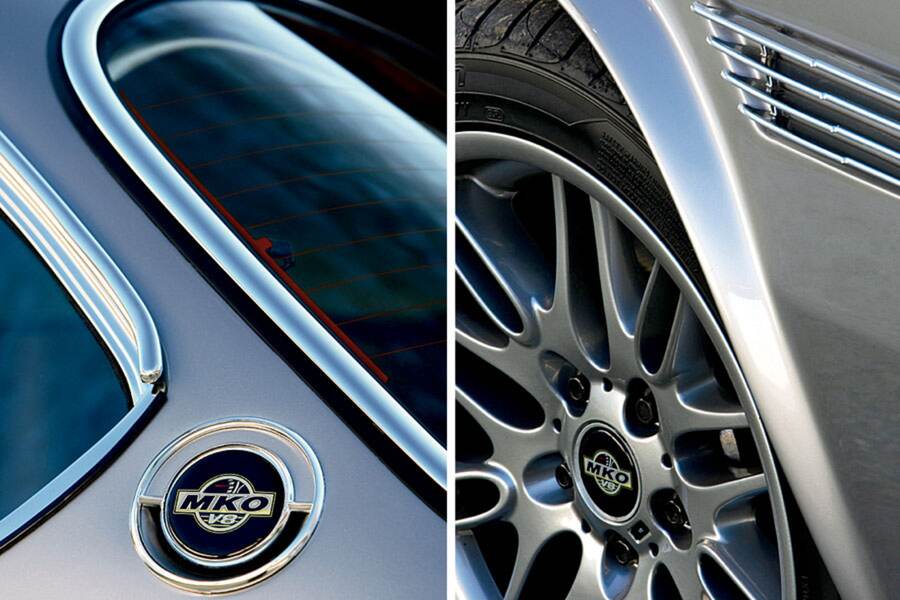 At 3,678 lbs. with a nearly full tank of fuel, the CS M5 is about 330 lbs. lighter than the E39 M5, with weight distribution within a few pounds of BMW’s ideal 50/50 ratio. Since the mechanicals are a total transplant, all the modern electronic safety systems like ABS and DSC are intact. It also has air conditioning, which the CS didn’t when showroom-fresh.

On this beautifully sunny afternoon, it’s a toss up between using the air conditioning and driving the car with its side windows down. We try things both ways until the pungent smell of freshly applied fertilizer from the nearby fields gives the vote to the modern AC system.

The zero to 62 mph sprint takes around 5.0 seconds, with the quarter mile coming up in a tad over 13.0 seconds. But this is largely academic in a car built to be a practical classic that can be used everyday in modern traffic should you wish to do so.

Like a stock E39 M5, the CS M5 slices through bends in as neutral a stance as any Swiss citizen. If you sense slight understeer in a fast bend, all you have to do is increase the throttle a tad to rotate the tail a bit more.

Riding on the standard 18-inch E39 M5 alloys, the MKO CS M5 has plenty of rubber to meet the road thanks to 245/40ZR-18 and 275/35ZR-18 Michelin Pilot Sport tires. Stable and poised to the bitter end, it seems to have more traction than most people could sensibly use, at least until you switch off DSC to unleash the lurid power slides characteristic of the E39 M5.

The brakes are huge 345mm vented discs in front and 328mm discs at the rear, with single-piston calipers and Bosch ABS. Braking hard and late into corners in the lighter CS M5 puts even less stress on these powerful anchors than does the standard M5. It’s as if the M5’s dynamic behavior has been retained in quality but expanded in quantity, with an increase in visual style and panache. It’s a wonderful way to relive the past while replacing fragile 40-year-old mechanicals with the robust power of an E39 M5. 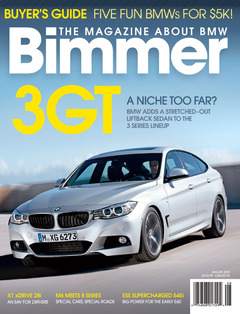