When less is more

Pardon the pun, but this 1 Series M Coupe owned by MORR Wheels’ Sebastian Ramirez proves the old adage correct, retaining the essence of a stock BMW even while performance is upgraded by a wide margin. 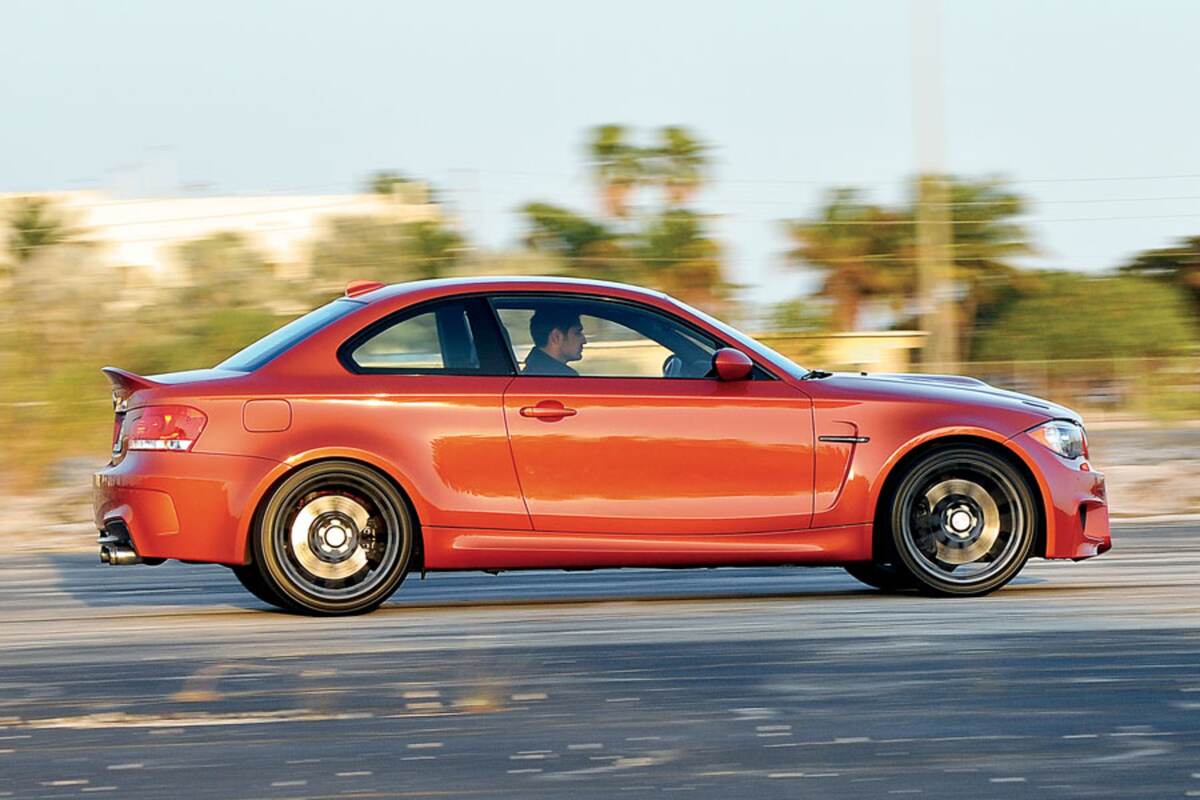 Sebastian Ramirez spent a considerable chunk of his childhood riding in the back seat of his father’s BMWs, and the early imprinting left an indelible impression. Without knowing anything about 50/50 weight distribution or pitch or yaw, Ramirez’ internal g-meter was formed in the back of some the world’s best sport sedans. He knows when it feels right, and owning first a 330i followed by a 335i and now a 2011 M3 along with the 1 Series M Coupe featured here helped solidify that intangible sense of feel. 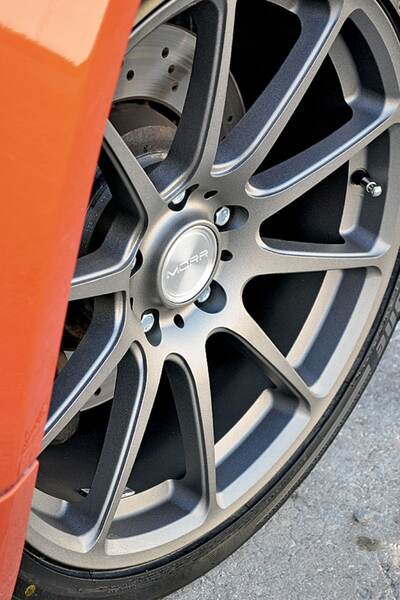 Noting that he’ll certainly catch some flak for that assessment, and that many Bimmer staffers and readers would disagree, Ramirez elaborated.

“There’s a certain dance that goes on when cornering with a stock BMW, one that is unique to the brand,” he said. The KWs had improved cornering precision by lowering the car and stiffening the damping, but Ramirez felt that “dance” was gone.

“That very slight room for error that BMW leaves is missing. So, for me, the feeling’s not the same. Add to that the constant headache of watching for curbs and speed bumps—I think I got too old for that.” 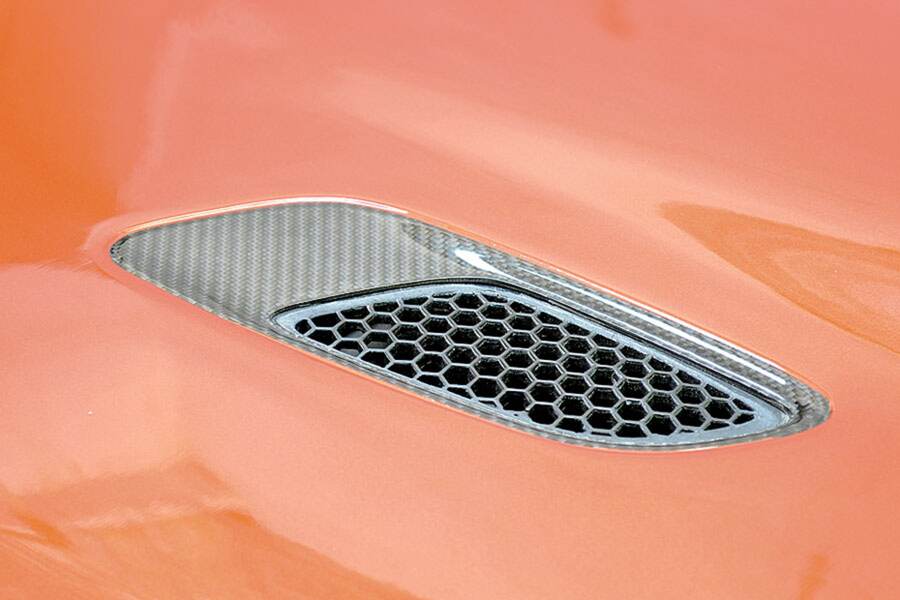 Ramirez’ experience also raises the question of whether all-out tuning is the most sensible option for real-world driving conditions. [Probably not, but it sure does result in some awfully cool cars!—Ed.] There’s almost always a trade-off when it comes to ride versus handling, and, as Ramirez alluded, preferences may change with age.

Back to stock, but not everywhere

Returning the suspension to stock, Ramirez went about improving the car in other ways. Since he works as the creative director for MORR Wheels in Miramar, Florida, it made sense to start with the rolling stock, specifically a set of flow-formed MORR FF10 wheels. Flow forming is a process whereby a pancake-shaped casting is pressed by rollers at extremely high pressure as the casting is spun. The way in which the metal is shaped arranges the grain structure of the metal in the direction of the rotation of the wheel, helping to strengthen the barrel section and reduce barrel thickness, thus reducing rotational mass. This results in a wheel that compares favorably to a conventionally forged wheel in terms of weight and stiffness. 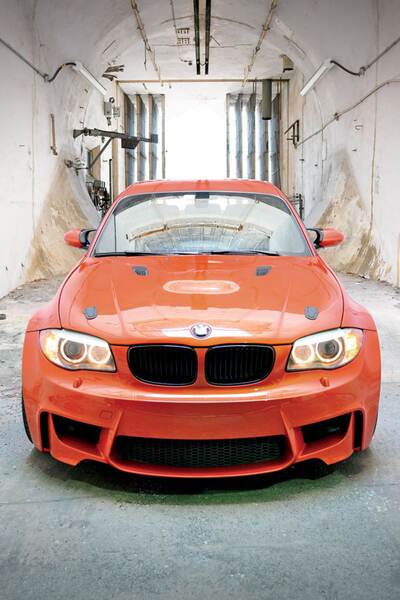 The front 9.0 × 19-inch wheel weighs in at a lithe 20 lbs., the rear 10.5 × 19-inch wheel at 22 lbs. Since the 1 M Coupe’s stock wheels weigh 27 lbs. (front) and 28 lbs. (rear), the reduction is in unsprung weight is significant. Ramirez also mounted slightly wider tires, going from rubber that measured 245/35-19 at the front and 265/35-19 at the rear to Bridgestone RE11s in 255/35-19 front and 285/35-19 rear. The larger tires fill out the 1M’s wheel wells more fully but raise the car slightly; some suspension engineers believe that raising the ride height and thereby the roll center improves the effectiveness of the anti-roll bars.

Where engine power is concerned, BMW held back on improvements to the N54, most likely to keep the 1M from outrunning the M3. From the 135i’s 300 hp, power in the 1M was raised to only 335 hp, same as in the Z4 sDrive 35is. The N54 loves a good ECU tune, however, with tuners claiming increases of 60-plus horsepower and torque. Having used ESS Tuning’s ECU flash with good results on other cars, Ramirez and MORR went with ESS software for the 1M, along with a Gruppe M carbon fiber airbox.

For the 1M, ESS took into account the engine’s overboost function, which gives it up to seven seconds at 14.5 psi of boost and increases peak torque from 332 to 369 lb-ft. ESS set out to offer overboost levels of power at all times, instead of merely under certain conditions and rpm ranges. ESS Tuning’s Roman Zepeda says the tune, which maxes out at 15 psi, makes 30-35 hp and 35-40 lb-ft of torque more than the stock engine in overboost mode. ESS claims 345-365 hp and 405 lb-ft at the wheels when measured on a DynoJet dyno. 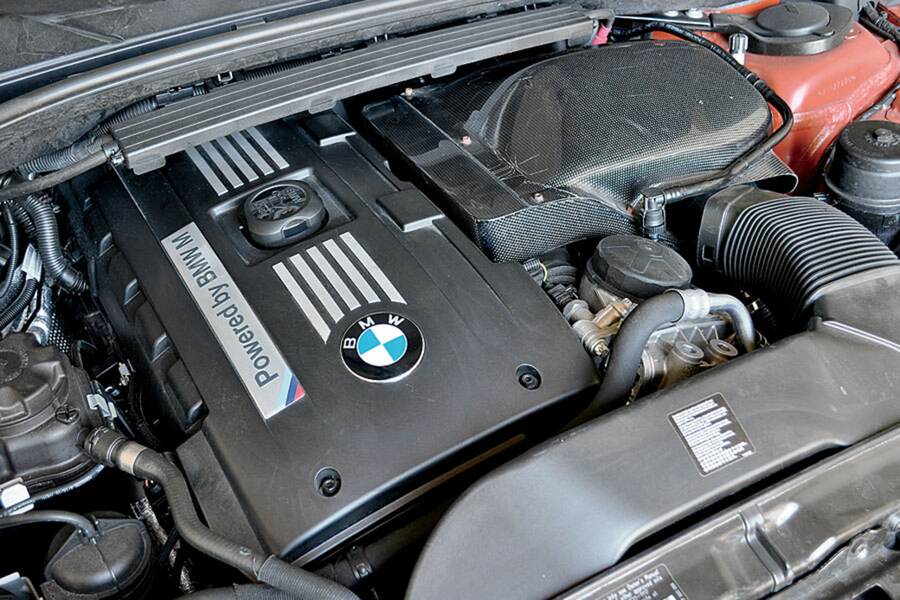 They call it “Clockwork Orange,” in homage to the hooligan within

The result is an engine that retains the stock N54’s broad, flat torque curve, albeit from a higher plateau and in a slightly less linear fashion. Getting onto the power from low revs gives the impression that bigger turbos are spooling, because there’s more of a swell to the power and torque curves. On ESS’s dyno chart, the tune produces over 375 lb-ft torque to the wheels at 2,350 rpm where the stock engine is delivering 325 lb-ft. Part-throttle response is urgent and pushes you into the seatback with noticeably more force. The power increases, thankfully, don’t adversely affect around-town drivability, as ESS made improvements to throttle mapping for smoother transitions when boost starts to kick in.

On a few open stretches, I was able to give it some sustained full-throttle through the gears. Despite the addition of two extra passengers and a trunk full of gear (at least 350 lbs. of extra weight), the engine never let up as it propelled the car into go-straight-to-jail velocities.

The car’s Valencia Orange paintwork has been nicknamed “Clockwork Orange” around MORR headquarters, and the moniker is fitting. Much like the characters in Anthony Burgess’ book, there’s a hooligan within this 1 M Coupe, one prone to violent outbursts of speed and deviant behavior. It’s no wonder Ramirez keeps it caged in his garage except for special occasions.

It would be easy to assume that the extra power and torque would overwhelm the stock suspension, but the 1 M shocks and springs control the motions fairly well. The car still feels stock, with some body roll in tight corners, but the rear end didn’t squirm excessively under full throttle, at least in part thanks to the slightly wider Bridgestones.

Stylistically, Ramirez felt the 1M was nearly perfect straight from the factory. Rather than alter it too much, he wanted to accentuate its strengths. He replaced the stock hood with a Powerbulge carbon fiber hood by (now-defunct) iCarbon that includes M3 hood vents surrounded by exposed carbon. The trunk lid, also by iCarbon, features an extended ducktail shape reminiscent of the E46 CSL M3. Ramirez then color-matched the reflectors and replaced the grilles, front and side, with BMW Performance pieces.

Owners of a new model often feel the need to make changes merely for the sake of change, to make their car unlike any other. The car’s character morphs along the way, for good or ill depending on your preferences. Ramirez’s 1M makes the argument for less being more. It’s a better 1M, faster by a wide margin and visually different in subtle ways, yet it remains a 1 M Coupe at its core. Considering how highly prized these cars are now and will continue to be, that’s a good thing. 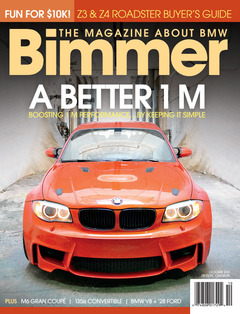