Unveiled at Villa d’Este, the fourth car in BMW’s Hommage series pays exuberant tribute to the legendary CSL racers of 1975. 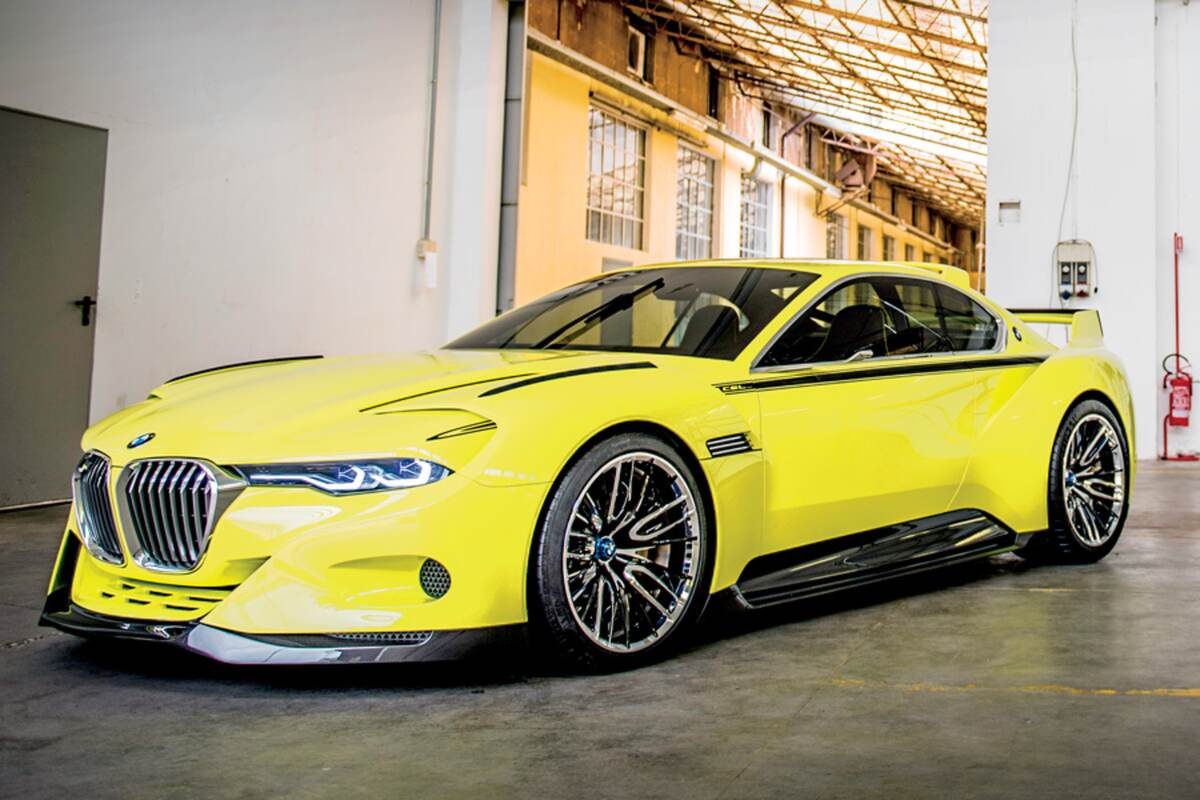 Go back 40 years, to 1975. The CSL coupes arrive in North America, ready to take on all comers in IMSA racing. These CSLs aren’t like their predecessors in the European Touring Car Championship, however. They’re wilder, with bigger spoilers front and rear and gigantic fender flares to accommodate enormous tires and ultra-wide wheel tracks. These IMSA CSLs prove enormously successful on the track, but they owe their popularity as much to their outrageous appearance as their speed.

In exuberant tribute to those racing CSLs, the latest car in BMW’s “Hommage” series—BMW uses the French spelling, so we’ll play along with the extra “m”—casts in carbon fiber a modern update of the Coupe Sport Lightweight on the 40th anniversary of its legendary IMSA season. Like its three predecessors, which honored the 328 roadster, the Touring-bodied 328 coupe and the M1, the CSL Hommage offers a fresh interpretation of a great car from BMW’s past. The Hommage cars don’t chart a path to production, necessarily. These are the most conceptual of all BMW concepts, built to create evocative links between BMW’s history and its future.

“Our Hommage cars not only demonstrate how proud we are of our heritage, but also how important the past can be in determining our future,” says Adrian van Hooydonk, head of BMW Group Design. “The BMW 3.0 CSL Hommage represents a nod to the engineering achievement exemplified by the 3.0 CSL in its lightweight design and performance. With intelligent lightweight construction and modern materials, the Hommage brings the character of that earlier model into the 21st century, showing it in a new and exciting guise.” 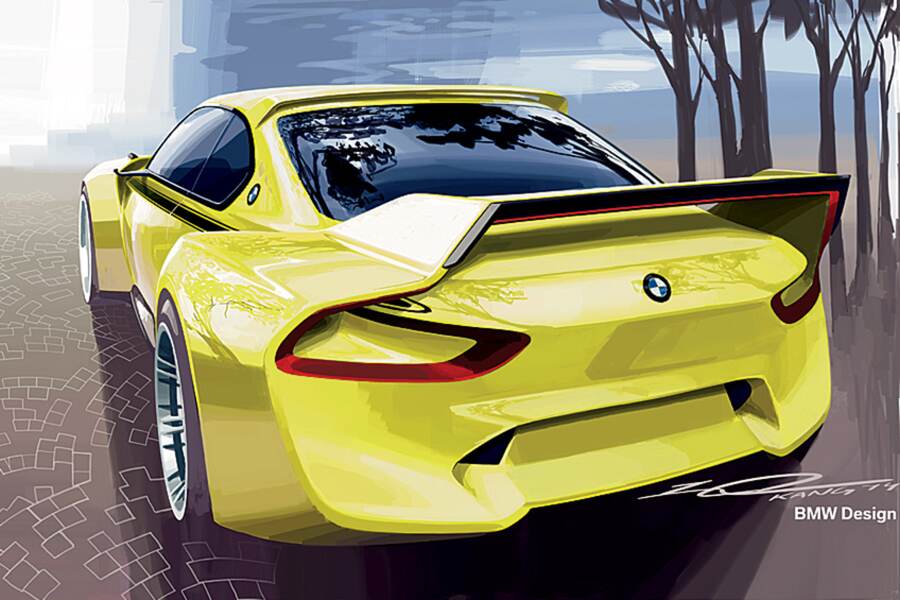 Additions as the starting point

Wong Kyu Kang drew the first sketch for the CSL Hommage in 2014, and design team veteran Joji Nagashima updated it updated earlier this year. (Kang’s prior credits include the 4 Series Concept Coupe; Nagashima designed the Z3, the E39 5 Series and the E90 3 Series sedan.) In Kang’s sketch as well as the finished CSL Hommage, the rear melds traditional aerodynamic elements—including the original CSL’s trademark roof wing—with the “negative space” around the taillights associated with the i8. 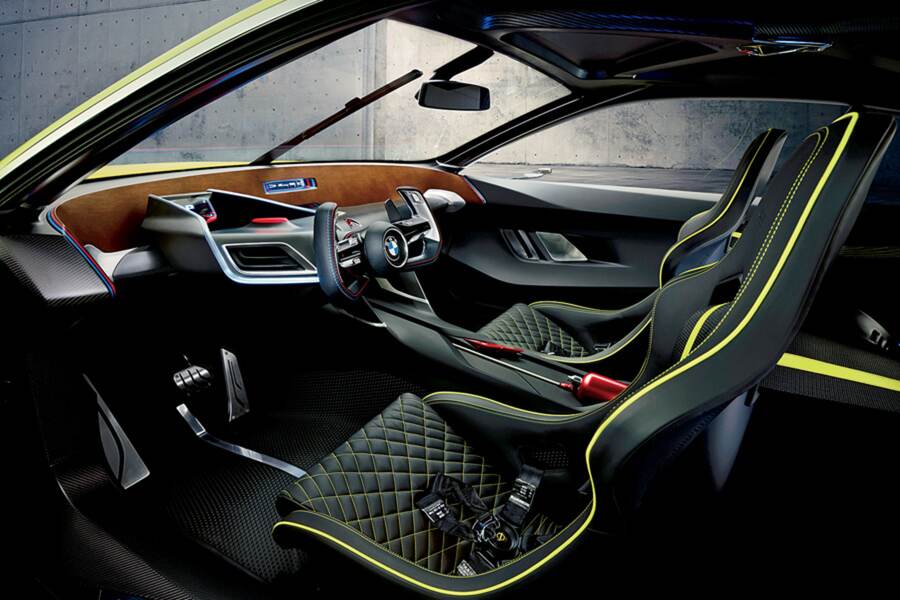 If the rear three-quarter view of the car is an unqualified success—it’s Habib’s favorite perspective—the front view of the car is more controversial. Its layered front fenders haven’t met with the same applause, and its front grille in bright chrome struck some observers as being overly prominent. That large grille is needed to accommodate a modern car’s copious requirements for intake and cooling airflow, but that’s not the only factor driving the design at the front of the CSL Hommage.

“A lot of cars today have a central radiator, an engine oil cooler, brake ducts, etc., and you start having so many separate cutouts that it becomes difficult to read the main character of the car at a glance,” Habib explains. “The advantage of big kidneys is that you focus on where the air comes from.”

The large chrome grille slats find an echo in the close-set spokes of the highly polished wheels, which reflect BMW Design’s emphasis on precision. 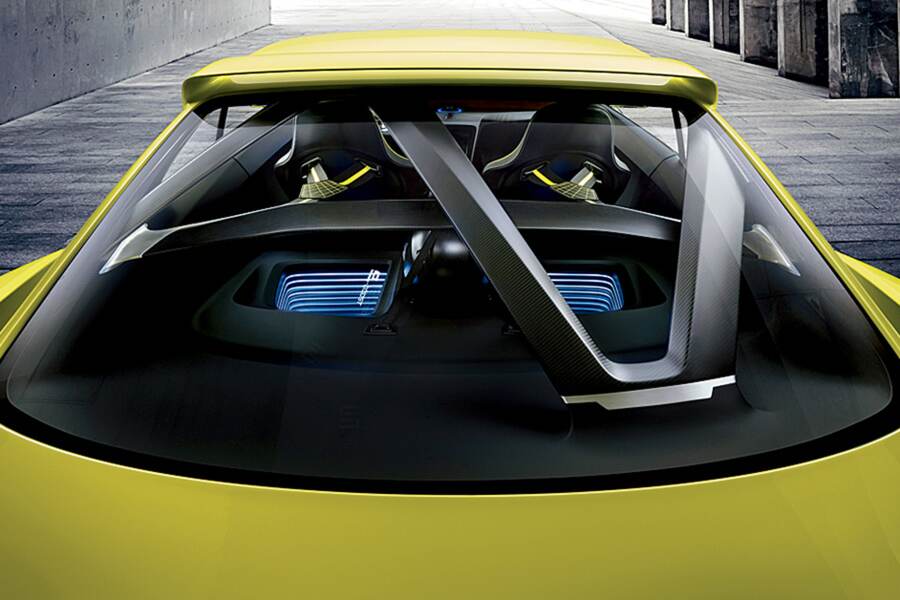 “We’re trying to make the details look like they’re machined, like each one has been individually milled,” Habib says. “That’s an important part of our design philosophy. We talk about precision and poetry—a lot of manufacturers can do precision, but BMW has to have that precision and also emotion. It has to be a bit Latin in feel. If there’s a real strong contrast with mechanical details, that creates the tension I think is important.”

If the exterior reflects a tension between precision and exuberance, the interior is an exercise in restraint. A minimalist tour de force rendered in structural carbon and aluminum, it was penned by Doeke de Walle, who also did the interior for last year’s Vision Future Luxury concept. Sleek and spacious, it alludes to the original CSL with a layer of wood along the entire surface of the dash, which is trimmed with “milled” surfaces that reveal the tri-color M stripes alongside the warm wood.

Aside from those details, the cockpit of the CSL Hommage is all about driving. Two small screens replace the myriad buttons and switches that clutter a contemporary dash, fulfilling the promise of iDrive after a decade of ever-improving (and ever-more-familiar) touch screen operating systems. 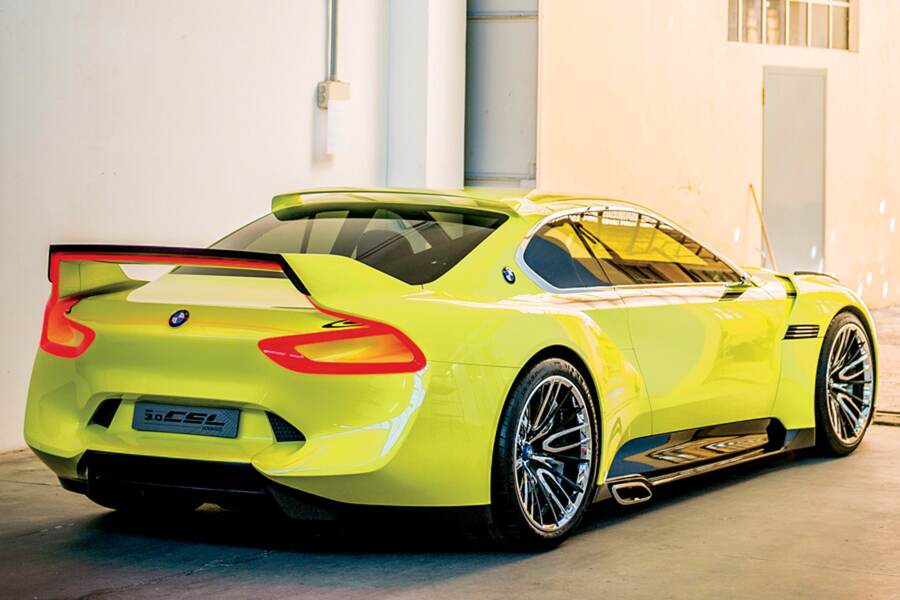 “It keeps the driver focused,” Habib says. “If you’re driving, it’s about driving. How much do you really need? Air, the things you need to control the car…and that’s it.”

At least with respect to its concept cars and those of the i division, BMW seems to be reversing course where volume and weight if not features are concerned. This emphasis on minimalism—luxurious, high-quality minimalism, but minimalism nonetheless—is more than welcome, especially as the CSL Hommage takes that movement to its logical conclusion. As on the Vision Future Luxury, the slimmed-down seats and slender dash create an invitingly modern interior in which we’d love to spend time.

As yet, BMW has announced no plans to put anything like the CSL Hommage into production. It remains a pure concept, but that doesn’t mean it’s irrelevant. 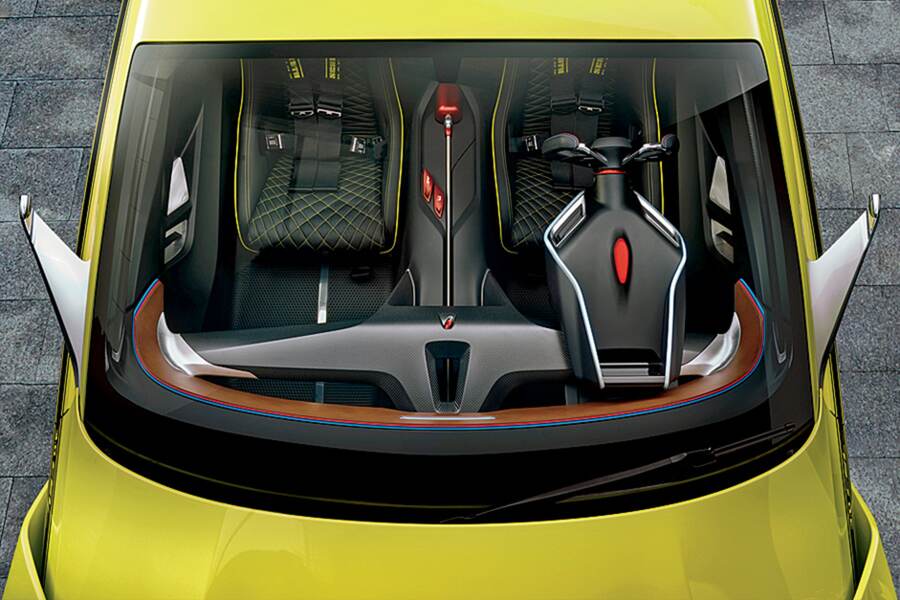 “This idea of layering, breaking up the volumes and working with negative space within an exterior design is something unique. It’s what the i8 brought to the car design world, and we need to keep working with that to see how far we can take it,” Habib says.

“This car is also the right car for the right time. I think the spirit of this thing…that’s what I would like to see in a BMW in the future. It’s the fun of driving, and it also also has to do with a certain respect for engineering. There’s a beautiful thing about the craft of engineering, and to apply that to a machine that creates these emotions, there’s something pretty magical about that.” 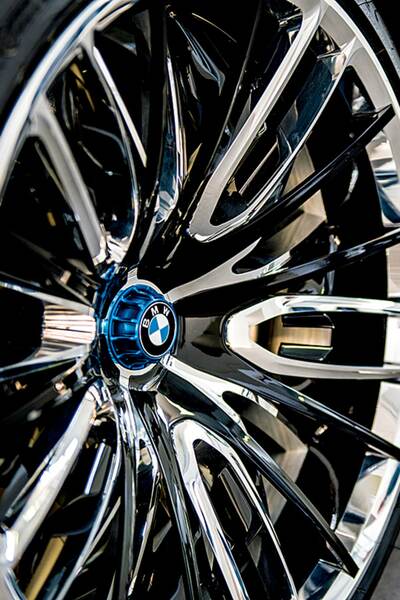 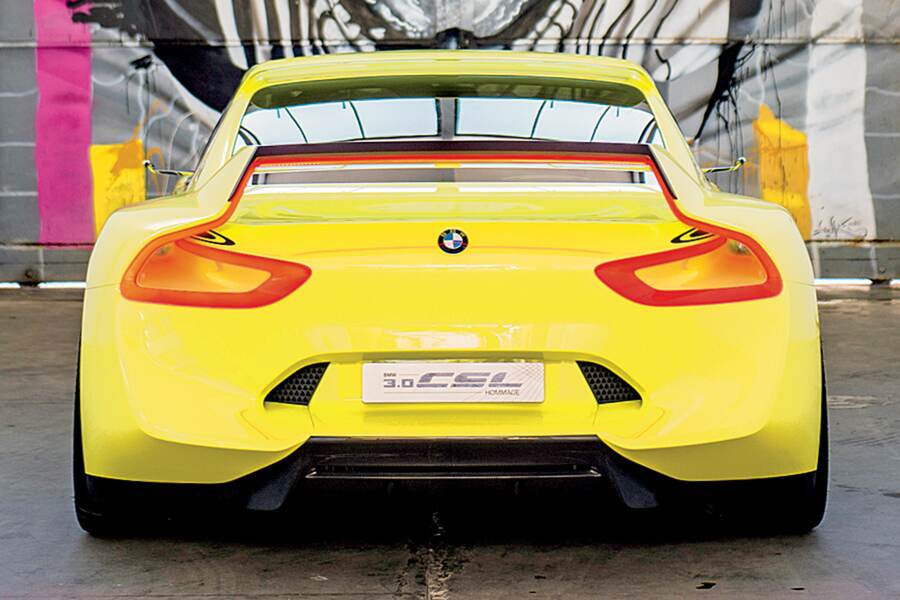 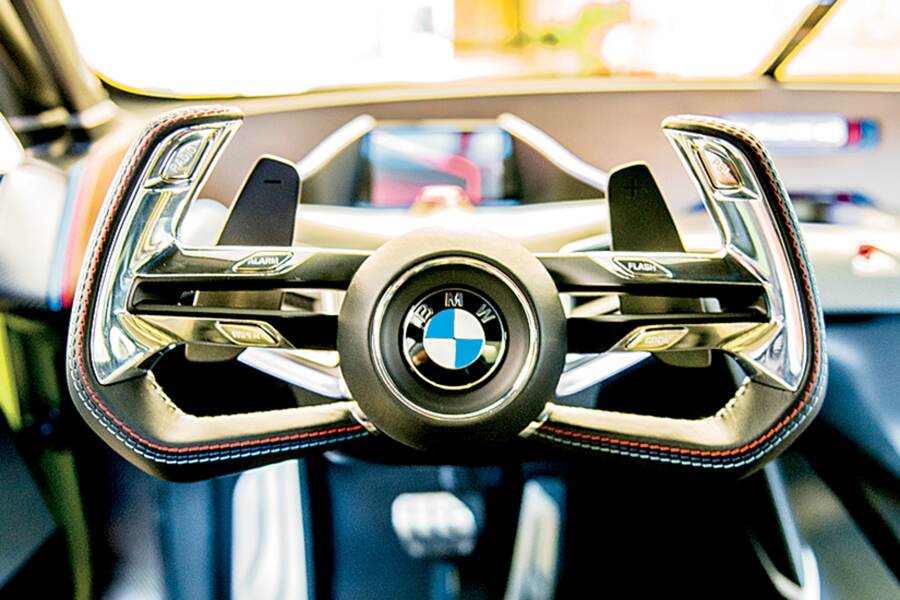 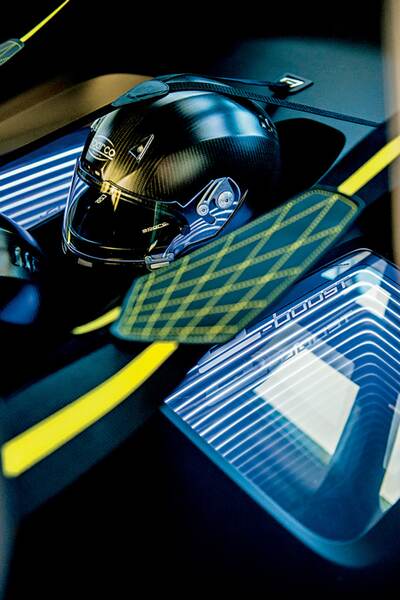 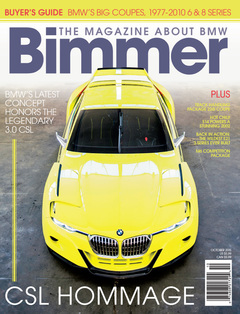