A special edition for U.S.

After decades of being denied the coolest M cars, U.S. enthusiasts will finally get a GTS. The forthcoming M4 street/track special has been engineered from the start to meet U.S. regulations… as well as our highest expectations for the M brand. 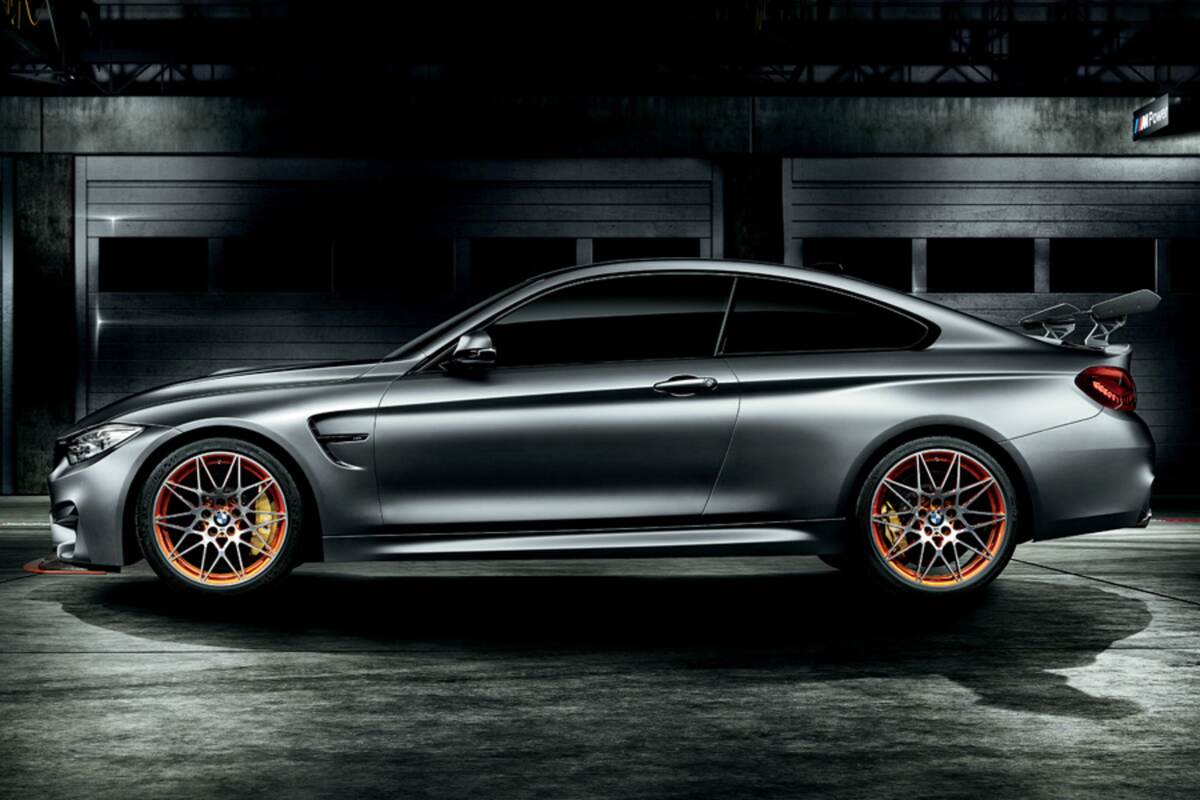 For U.S. M fans, however, “tantalizing” was tantamount to torture. We could read about these special editions but could never buy them through official channels, and neither could we import them privately in most cases.

Fortunately, that sad state of affairs is coming to an end. Following its world premiere at Legends of the Autobahn in August, a production version of the Concept M4 GTS—track-ready but still street-legal—will be coming to the U.S.

In fact, it was designed from the start to be sold in this country as well as in Europe.

“Absolutely!” says Carsten Pries, director of product strategy at BMW M. “The U.S. is by far our biggest market for BMW M cars, and therefore we definitely had this on our books, that we wanted to design the car in a way that it also makes it here to the U.S.” 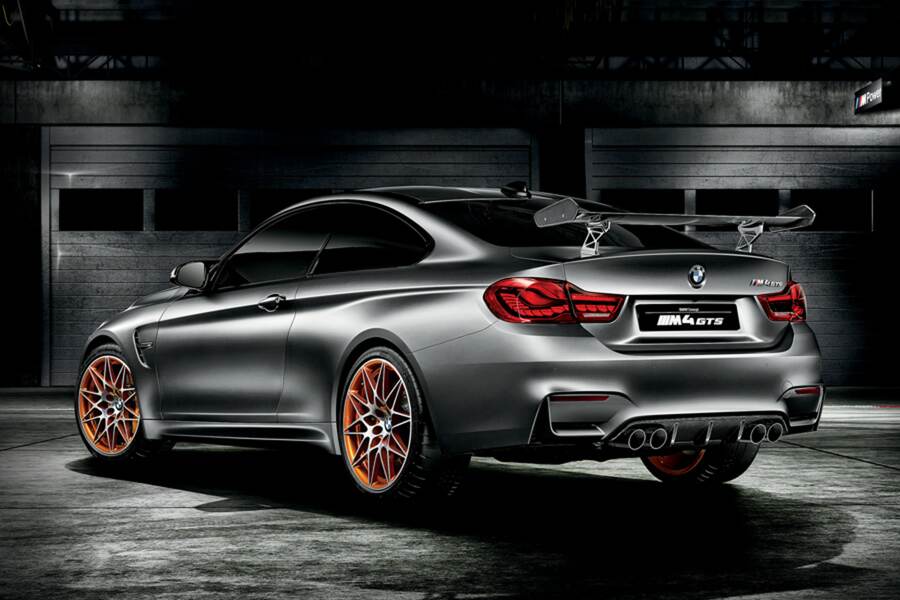 U.S. regulations affect things like ride height and emissions, but they won’t preclude the M4 GTS from using the water injection system already seen on the M4 MotoGP Safety Car. Injecting a mist of water into the S55 six-cylinder’s intake tract reduces temperatures in the combustion chambers, allowing higher boost pressures from the twin turbochargers along with advanced ignition timing. Horsepower and torque both increase over the standard 425 hp/406 lb-ft; by how much, BMW isn’t saying just yet.

As a side benefit, water injection reduces “thermal stress,” which should increase the engine’s durability and longevity, a good thing on a car that’s destined for the track. And in case you’re wondering what happens if that 5.0-liter water tank runs dry, the computers will dial back boost and ignition advance, returning power to “normal” levels.

Improved aerodynamics are another good thing to have on a track car, and the Concept M4 GTS features a manually adjustable rear wing and front splitter, both in carbon fiber. Carbon fiber reinforced plastic is used for the hood, helping to reduce overall vehicle weight and lower the center of gravity.

The wheels on the Concept M4 GTS measure 19 inches in diameter, 9.5 inches wide up front and 10.5 inches wide at the rear, mounted with Michelin Sport Cup 2 tires in 265/35R-19 front and 285/30R-20 rear sizes. Behind those Acid Orange alloys, a set of carbon-ceramic brakes provide fade-free stopping power, as expected on a track car. Also expected is a roll cage, though Pries told us it was too early to talk about the car’s interior, hidden behind the blacked-out windows of the concept vehicle.

“If you want to take a car like this to the racetrack, as you see with the previous M3 GTS, I think a roll cage would be a good thing to have,” he demurred. 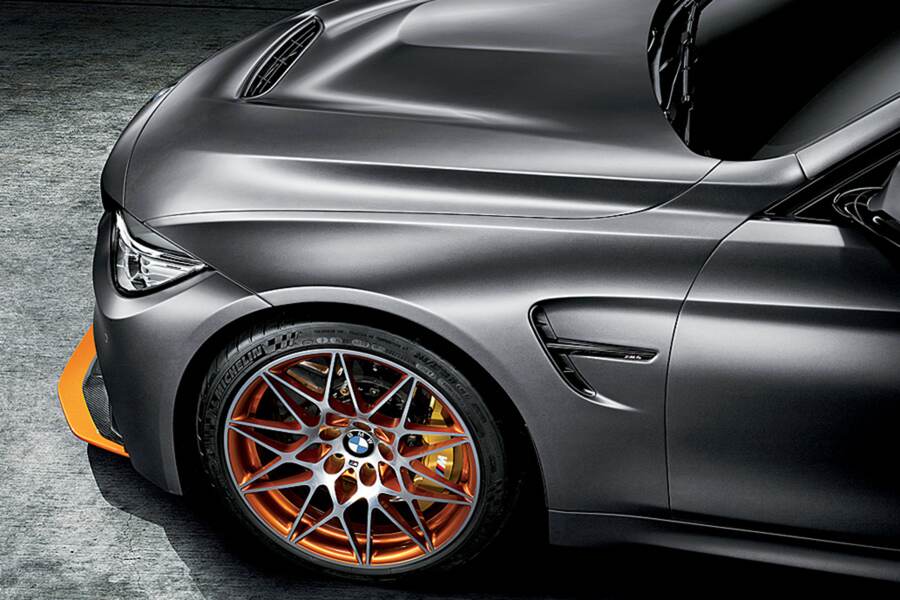 The Concept M4 GTS also features Organic LED taillights, in which the entire surface emits light. The effect is really cool, and still photography can’t do it justice. U.S. lighting regulations tend to be a bit behind the curve—we still can’t have LaserLights, for example—but the presence of the OLED lights on the Concept M4 GTS indicates that they will become available here in the U.S. relatively soon.

A shift in sales philosophy

Whatever its final configuration, the M4 GTS’s existence as a U.S.-bound automobile indicates a welcome shift in philosophy and practice at BMW M. The U.S. has been the biggest market for M cars since the E36 era, yet those of us who hoped to own the most exclusive, highest-specification M cars were out of luck. U.S. regulations were only partly to blame; cost considerations and production capacity at BMW M also limited the reach of these vehicles.

“The interest is in having something special, limited edition, is huge,” Pries said, “but you also have to consider things like homologation requirements and whether the additional investment you have to make can be justified by the numbers you can produce.”

BMW M built just 138 examples of the street/track E92 M3 GTS; presumably, the M4 GTS will be built in larger quantities to accommodate the U.S. market in addition to those overseas. It may also be the harbinger of special-edition M models to follow. 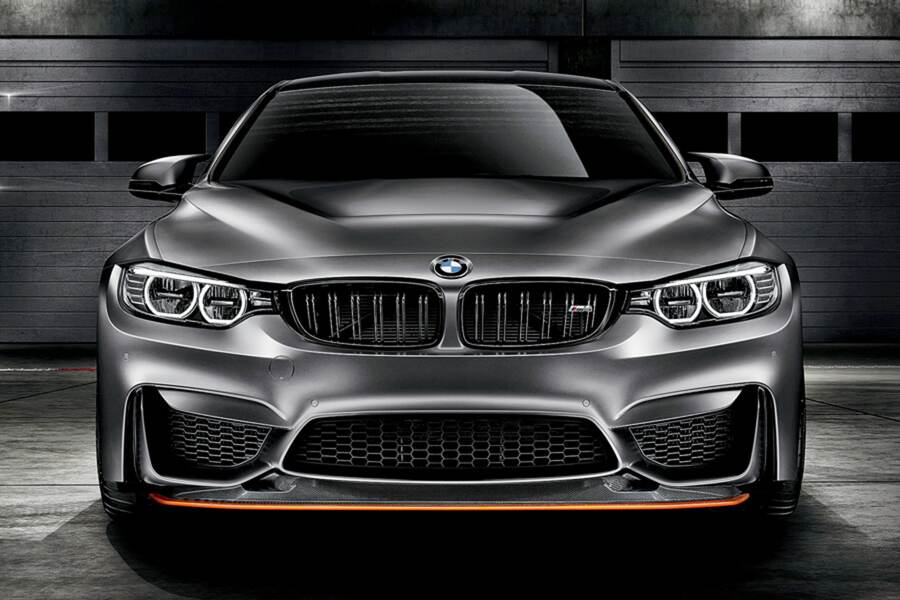 “As always, we look very closely at the perception and the reaction of our customers around the world,” Pries smiled. “Assuming it would be very good, as we’ve experienced here over the last couple of days, I would be happy if we had the opportunity to offer more of these special models in the future, for sure.”

The customers aren’t the only ones who get excited about special edition cars like the M4 GTS. The engineers inside the M division are stoked about them, too.

“The previous generation of M3 GTS and M3 CRT were both finished in Garching in our headquarters and our workshops, and the people who were working on these cars were completely thrilled and so motivated and identified with the project,” Pries said. “From this aspect alone, one should do them regularly.”

“You can always raise the bar a little further than what you’ve already achieved, “ he said. “After having brought the new M3 and M4 models into the markets, onto the streets, obviously the team was thinking about what comes next—is there anything else we can do to take it a little further? Naturally, we go into the racing environment, and go right to the point where you can still say it’s fully road legal. That’s basically what the M3 GTS represented, and it’s what the M4 GTS will represent, as well.” 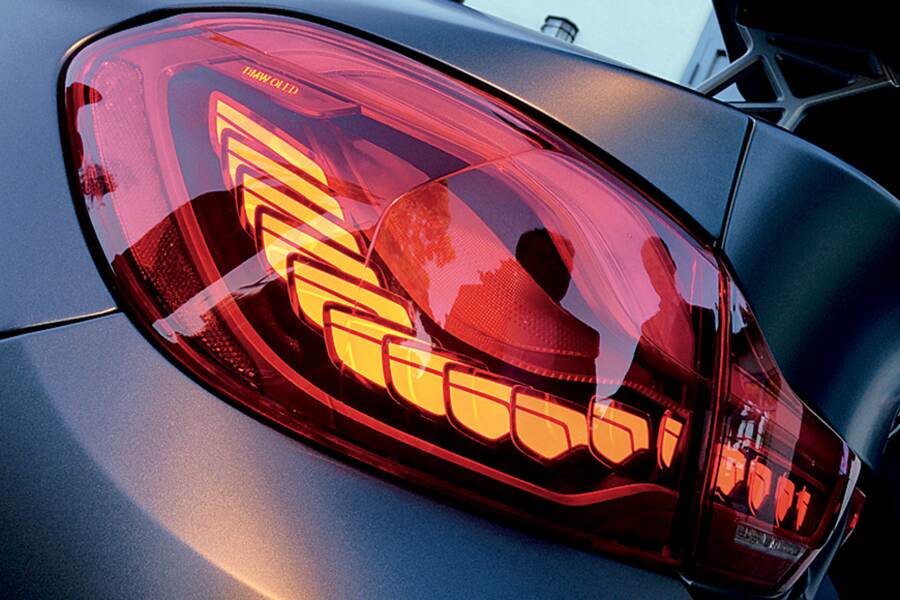 But what about the manual?

That race track emphasis suggests that the technically superior and faster-shifting M-DCT will probably be the only transmission offered on the M4 GTS, just as it was on the E92 M3 GTS.

We had to ask: Does the good, old-fashioned manual still have a place at BMW M?

“It has a place as long as we have a sufficiently high number of customers,” Pries said. “On the F80 M3s and F82 M4s, the share of people who want a manual is going down slightly, but obviously there are still enough of them. On the day when demand goes down to a very low level, you have to reconsider it, because you may want to spend your money in other areas. Right now, something like 20 percent of M3 and M4 owners around the world go for a manual transmission. This is still an okay volume basis to invest into this technology.”

That 20 percent represents the worldwide take-rate, by the way. U.S. customers are much more inclined toward a manual than drivers overseas. 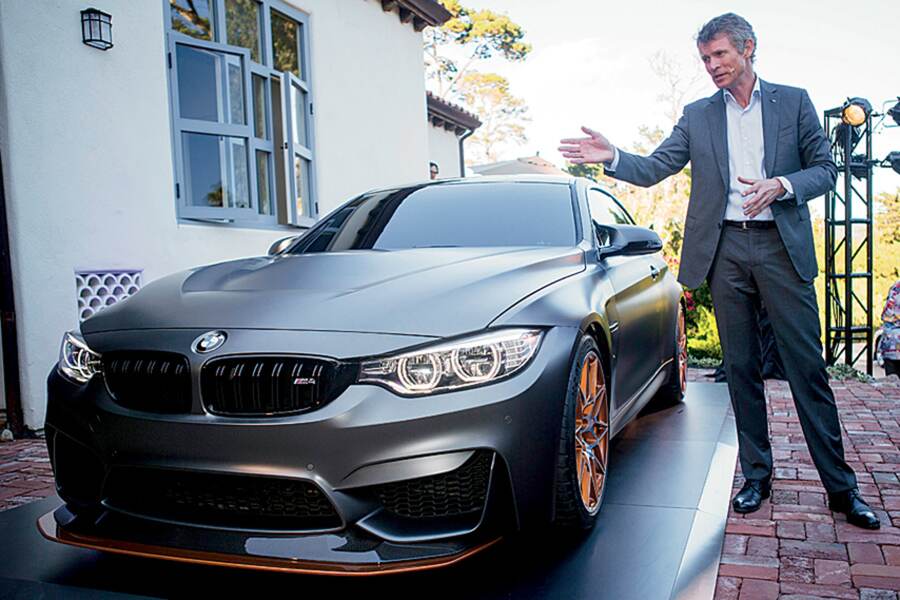 “This level of engagement, to tame the beast, master the power of the car—this is an expectation linked very much to U.S. customers,” Pries said. “You don’t find it to the same extent in other markets. Maybe there are more purists here, they’re more into it. Our M car fans here know so much about our cars, and they’re so passionate—it’s a different and more emotional involvement with their cars, which tend to be an even more important part of their lives than we see in other parts of the world.”

Of course, Pries reiterated, the engineers and staff at BMW M in Garching are also enthusiasts of the first order. “There are some 550 specialists working at M in car development, engine development and in testing at the Nürburgring, and they love what they’re doing. I think this shows when you look at the cars and when you drive them.”

That extends, of course, to new M division boss Frank van Meel, who has embraced the M ethos eagerly since coming to BMW from Audi quattro in late 2014, Pries said.

“Frank is a BMW M guy as much as we are, and he fully understands what BMW M stands for, including the rich racing heritage,” Pries told us. “He’s a very smart guy with a rich engineering background, and I’m sure we’ll write some more very exciting chapters for BMW M under his chairmanship.”

Starting with the M4 GTS. 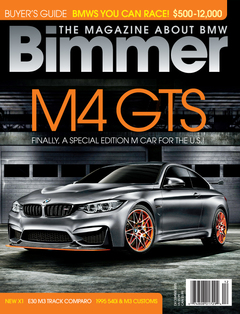