The lies we tell ourselves

Sure, it’s got more features and options than any BMW to date, but is the new 7 Series really a better car? Our European correspondent casts a critical eye on the 7’s so-called progress. 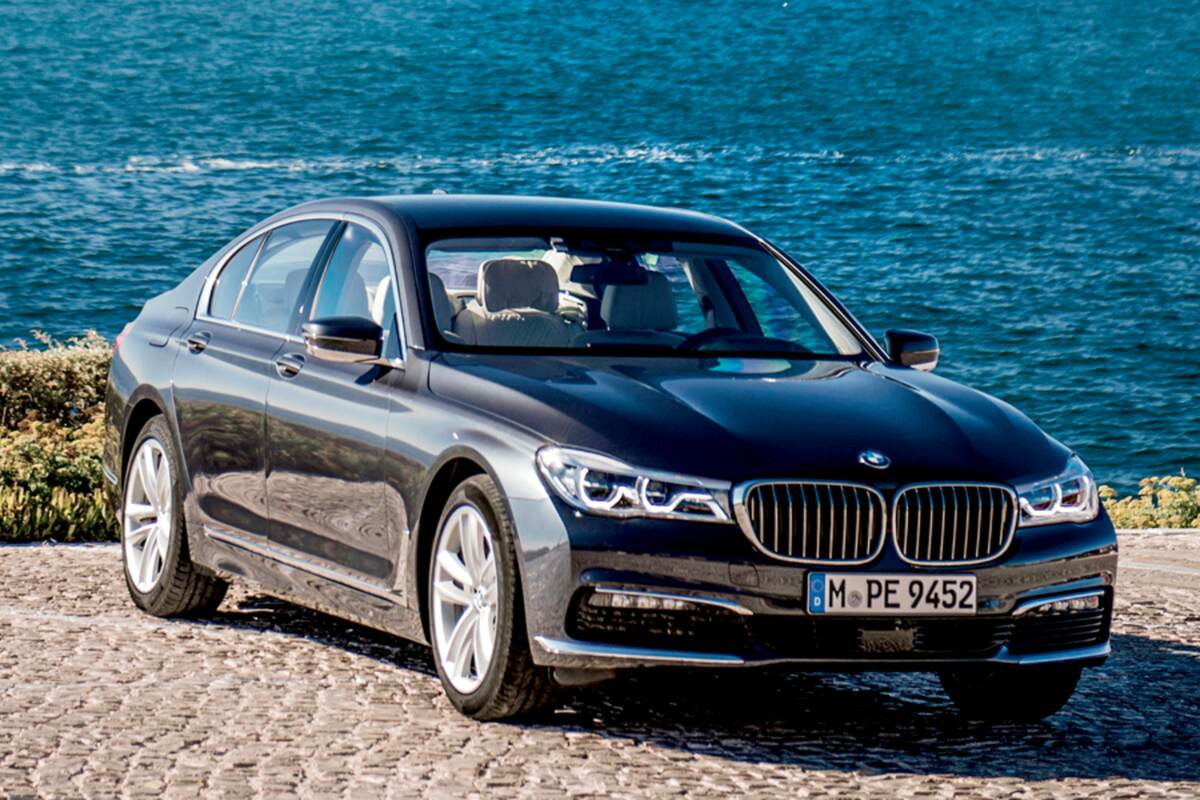 As I write these words on November 1, 2015, fire is raging across the 5,000-km length of Indonesia. Producing more carbon dioxide every day than the entire U.S. economy, the fire released more CO2 in three weeks than Germany emits in a year. As a consequence, visibility in some cities has been reduced to 30 meters. Children are being evacuated in warships; some have already choked to death. Entire species are going up in smoke at an untold rate. We’re talking endangered orangutans, clouded leopards, sun bears, gibbons, the Sumatran rhinoceros, the Sumatran tiger…and endemic species we haven’t even discovered yet. The fires are also destroying cultural treasures as precious and irreplaceable as the archaeological remains being leveled by ISIS. It is almost certainly the greatest environmental disaster of the 21st century.

Why is that relevant? And what does it have to do with BMW’s new 730d?

It’s simple. In a post “Dieselgate” world, where (at least) one car manufacturer, Volkswagen, has simply chosen to ignore the rules and cheat emissions tests, we have to rethink completely the way we approach cars and the choices we make while buying them as ways of “saving the planet.” 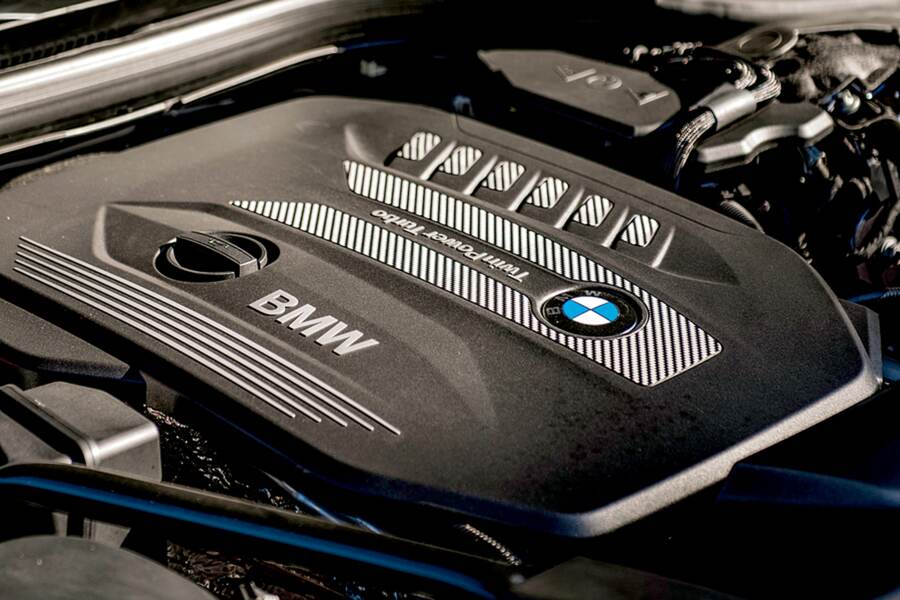 For sure, sustainability is a gigantic business, a capitalistic stimulus invented so that we keep consuming more and more goods like new cars—only this time not only for our enjoyment but also for the greater good. There’s nothing wrong with wanting a cleaner, better place to live, or in striving to make the world a safer place for our children and ourselves. So how should all of this affect our choice of a new luxury sedan?

Maybe it shouldn’t. While we might frown at Volkswagen for cheating the world’s regulators and wonder if diesel is actually cleaner then regular unleaded—it isn’t—which fuel your car burns really doesn’t matter if you eat meat or anything with palm oil in it. Methane from cow farts is disastrous to the ozone layer, and the demand for palm oil, found in just about every processed food we eat, is largely responsible for those forest fires in Indonesia. While we are trying to save the planet with our left hand, our right hand is destroying it at an unimaginable rate.

So when we walk into that BMW showroom to spec our 7 Series, let’s focus on the basics, such as whether we like the car or not. This will not be easy to determine. After a day driving it around the Portuguese coast, the G11 730d left me rather puzzled. 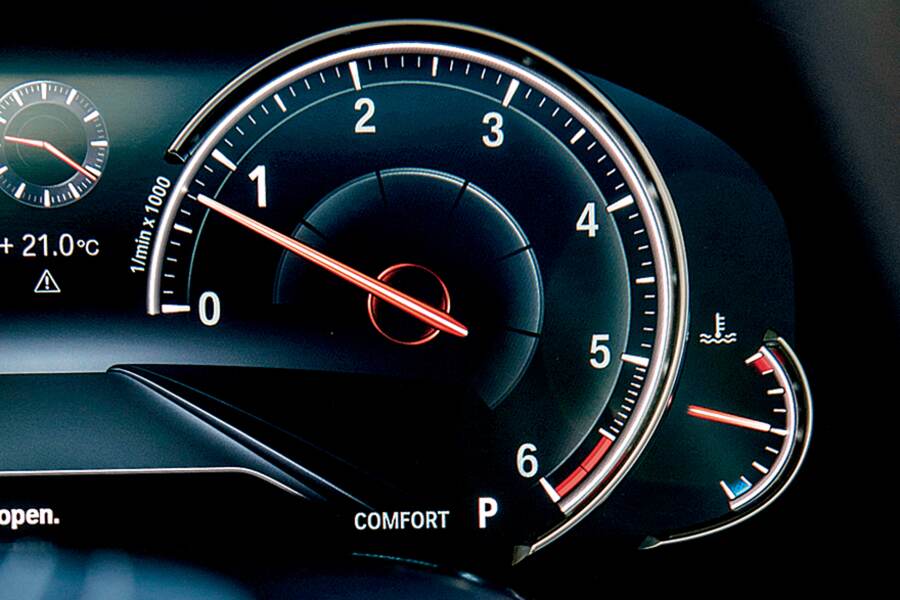 Any new model is supposed to be better in every way: lighter, more economical, more engaging to drive, cleverer, faster, etc. But somehow, this new 7 Series isn’t very impressive overall. It’s relative of course, but while the progress is visible on paper—the 130-kg lighter body, thanks to the use of the patented Carbon Core technology, the rise in all-around performance due to new TwinPower Turbo six-cylinder engines—the car somehow feels less accomplished then the previous generation.

Like an iPhone 6S, it wows customers with improved everything, from its state-of-the-art Bowers & Wilkins stereo system to the Rolls-Royce-derived artificially intelligent suspension and gearbox system that reads gigabytes of data from the sat-nav every half a second to adjust the dampers and select the right gear according to road conditions and your personal driving style. 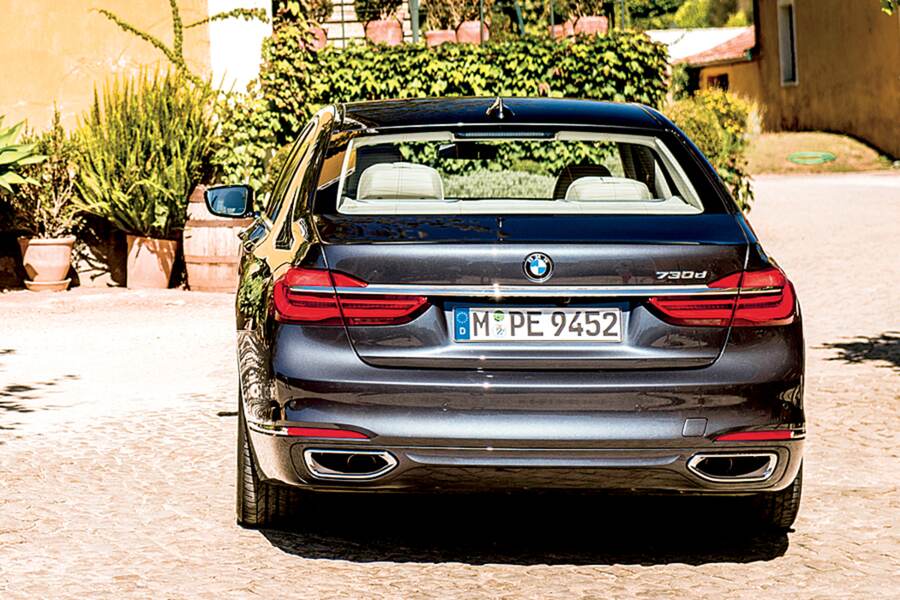 And yet…the way that the whole car is set up by BMW engineers is the big letdown.

For instance, the steering is super sharp. This is normally a good thing, and I have been complaining these past few years that BMW had lost its edge over the likes of Mercedes and Lexus when it comes to steering precision; even the M5 was worse. It made steering setups a bit more vague, with a dead point right in the center. This was, of course, done on purpose, because the customer base for BMW is changing. Selling more and more cars in countries like China and the UAE has altered the engineer’s way of thinking. This means cars are developed and oriented less on backroad-blasting in Schwartzwald or the Dolomiti and more on straight-line cruising. Even back home in Germany, the current demographic with an aging customer base is forcing a similar evolution. If you’re a 70-year-old German pensioner, you don’t want sharp steering that makes you change lanes every time you sneeze while driving 125 miles an hour down the autobahn. You’d have a heart attack. Switching to an electrical power steering system from a hydraulic one accomplished the rest in terms of reducing steering feel (as on the current-generation M3).

But surprisingly, things are radically different on the laid-back 730d (as well as the 750iL). The steering is race-car sharp. And if you accidentally set the suspension to Comfort, every small nudge of the wrists will result in the car tilting sideways like Jordan Belfort’s yacht in The Wolf of Wall Street, where they almost drown during a storm. Talk about seasick. Oh, and there is no Sport+ setting to make the whole car play along with the rabid steering. It just doesn’t make sense. 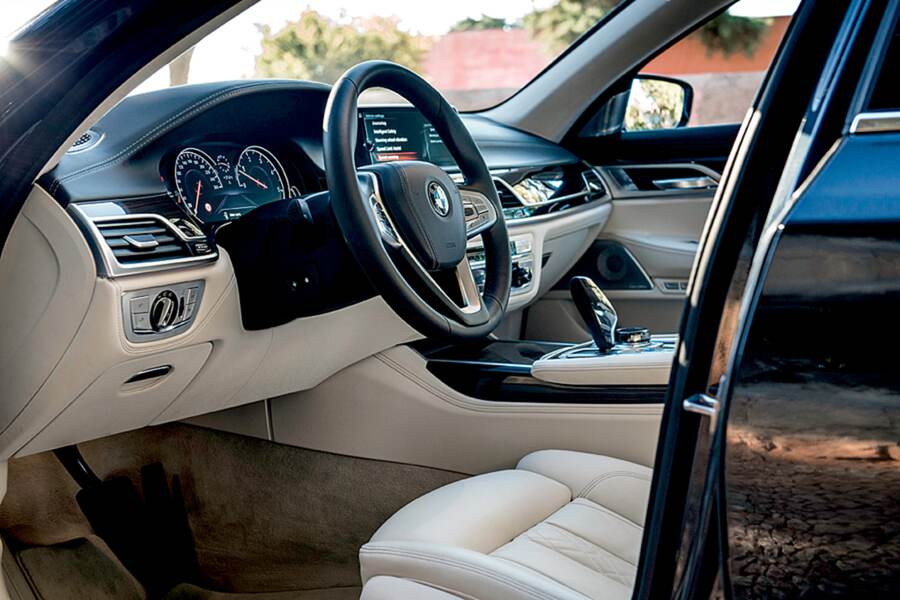 Then there’s the styling. Previous BMWs were always about understated, classy luxury. Like a Hugo Boss WWII uniform: sharp, crisp, demanding respect. The G11 unfortunately has none of these traits. It follows in the footsteps of its baroque-styled competition (like the Mercedes-Benz S-Class) with a “more is more” attitude. There’s just too much going on in terms of design cues, materials used, stitching techniques, shapes, and sizes. Unfortunately it has strayed from the path of good, sober, Protestant taste and onto a Babylonian road to vulgarity.

One does not have to look far to prove this point. There’s the all-glass Sky Lounge roof (complete with a trillion LED points that can change color and make the sunroof seem like a starlit sky, another feature borrowed from Rolls-Royce). There’s the Welcome Light Carpet that can even project special patterns of light onto the sidewalk when you open the door (or it is opened for you on the 750iL). There’s the weird silver “hockey stick” down the side of the body, put there to make the doors look less like a boring slab of metal, which looks as much at home as an earring on George Clooney. 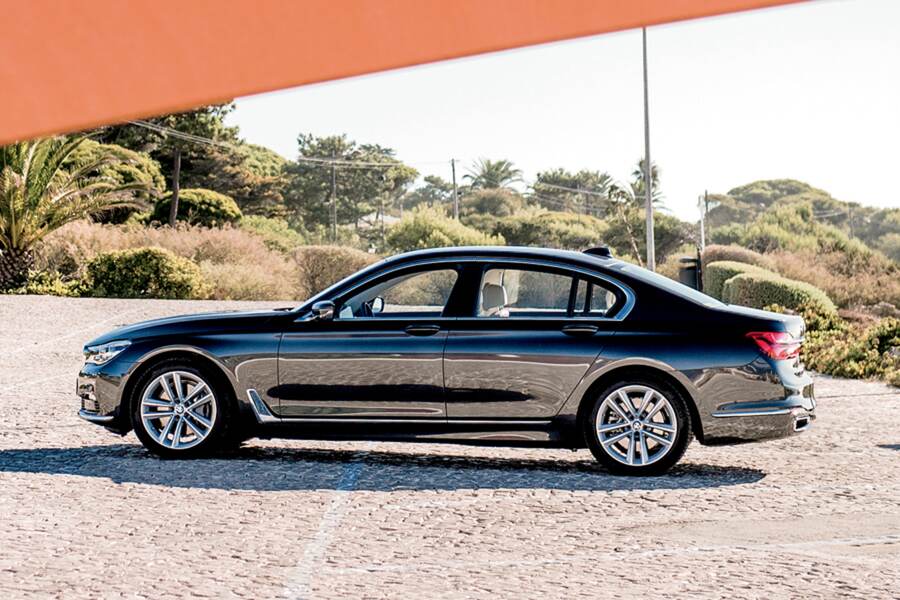 Then we get to the pointless, uncomfortable to keep in your pants pocket, gigantic key that makes the car park by itself in your garage, unless you live in the U.S.—a useful feature if you want your car as well as your own children to remind you that you’re getting on a bit and losing the ability to do stuff for yourself. It also keeps running out of battery power and has to be recharged constantly via a special induction port, which incidentally works with a Samsung phone but not an Apple iPhone. (I’m sorry? Are Samsung phones considered a premium product now? Have I missed something?)

The quaint, modest Portuguese surroundings accentuate all of the G11’s styling flaws. And it all becomes very confusing when you get to things that this car does really well. The ride, for instance, is divine. The sat-nav computer-driven adaptive system really works, and on potholed roads in this part of Europe the 730d really does feel like a flying carpet.

The new diesel engine is also excellent. It’s torquey and responsive, putting out 261 hp at 4,000 rpm and 457 lb-ft at 2,000-2,500 rpm, and has minimal lag. The clever, eight-speed gearbox contributes to that. When you finally get used to that weird steering (did I also mention that it is super-light, even at speed?), you can finally settle into a pleasant driving rhythm. 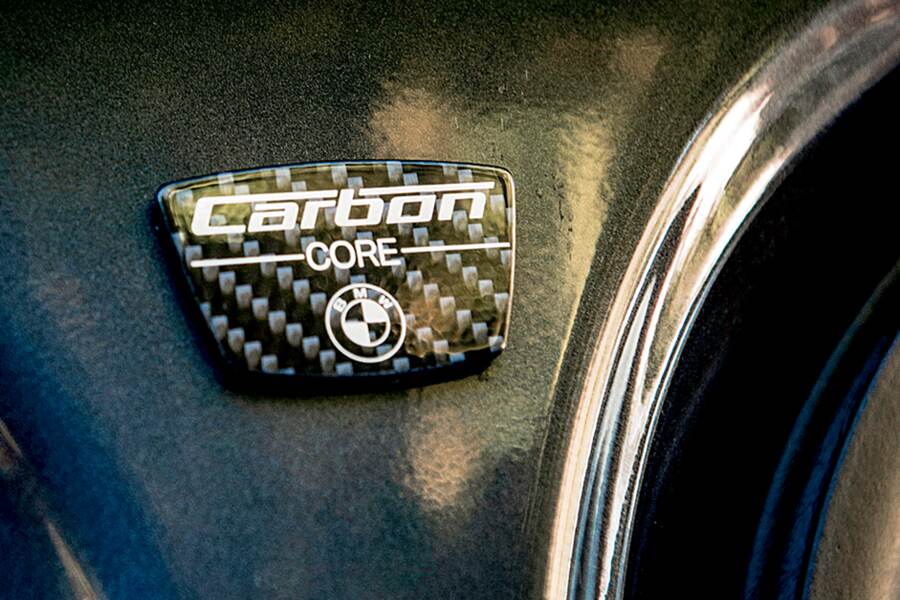 The car’s reduced weight plays to its strengths. No brake fade is present. Sport mode lowers the car on its wheels and electro-mechanical anti-roll bars keep the chassis in check. The setup is more suited to spirited autobahn driving and fast corners than narrow B-roads near the Atlantic Ocean, where weight transfer can be felt painfully.

The diesel six-cylinder has a slight edge over the gasoline V8. It feels less stressed, which matches the character of a car that’s supposed to be the embodiment of luxurious travel. (The cushions on the headrests in the back will make you want to live in them.)

To sum up, we must return to forest fires, palm oil and saving the planet.

Plenty of people will trade in their old F01 BMWs for this G11 model regardless of what journalists write. They’ll do it like they trade in a phone. It’s just the way the world works now. And due to better financing options—leasing, long-term rental plans—BMW is likely to see an increase in both profit and sales.

Think about one thing, however: In the good old days, engineering a car like this required a car company to make one type of shock absorber and decide on one steering setup to suit all manner of conditions and situations, and to last for 100,000+ miles. It had to be comfortable enough, sporty enough, sturdy enough. In other words, it had to be properly engineered!

Today…it doesn’t. Building a car that does it all at the push of a button is really a way of cutting costs. Like the electric handbrake that’s really cheaper to install than a mechanical one. Lines of code and LED screens cost less to manufacture than, let’s say, a proper wishbone.

The notion of “new is always better” is one of the lies we tell ourselves—like the one about saving the planet by buying a hybrid even as we’re consuming meat and palm oil. Diesels have been discredited on that front thanks to Volkswagen’s deception, but even though BMW hasn’t yet been caught up in the scandal customers are skeptical nonetheless. Does this 730d really emit just 129 grams of CO2 per 100 km as BMW claims, far lower than the 740i/Li’s 164 grams or the 750i/Li’s 189 grams? Or is that just a ruse to reduce fleet averages thanks to the popularity of lower-priced diesel fuel? Until real-world testing is complete, we have only BMW’s numbers to go on. In any case, “better” in 2015 mainly means more gimmicks on the option list.

P.S. The hand gesture control system is both limited and pointless. 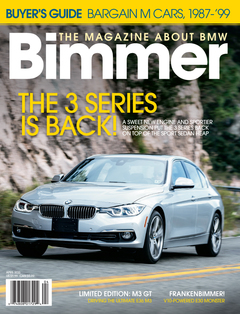