The cure for a broken heart

After her E46 M3 was vandalized, Courtney Wingfield decided to make the best of a bad situation. Repainting it Yas Marina Blue, she built it into the BMW of her dreams, with well sorted aerodynamics, powerful brakes and track-ready suspension. 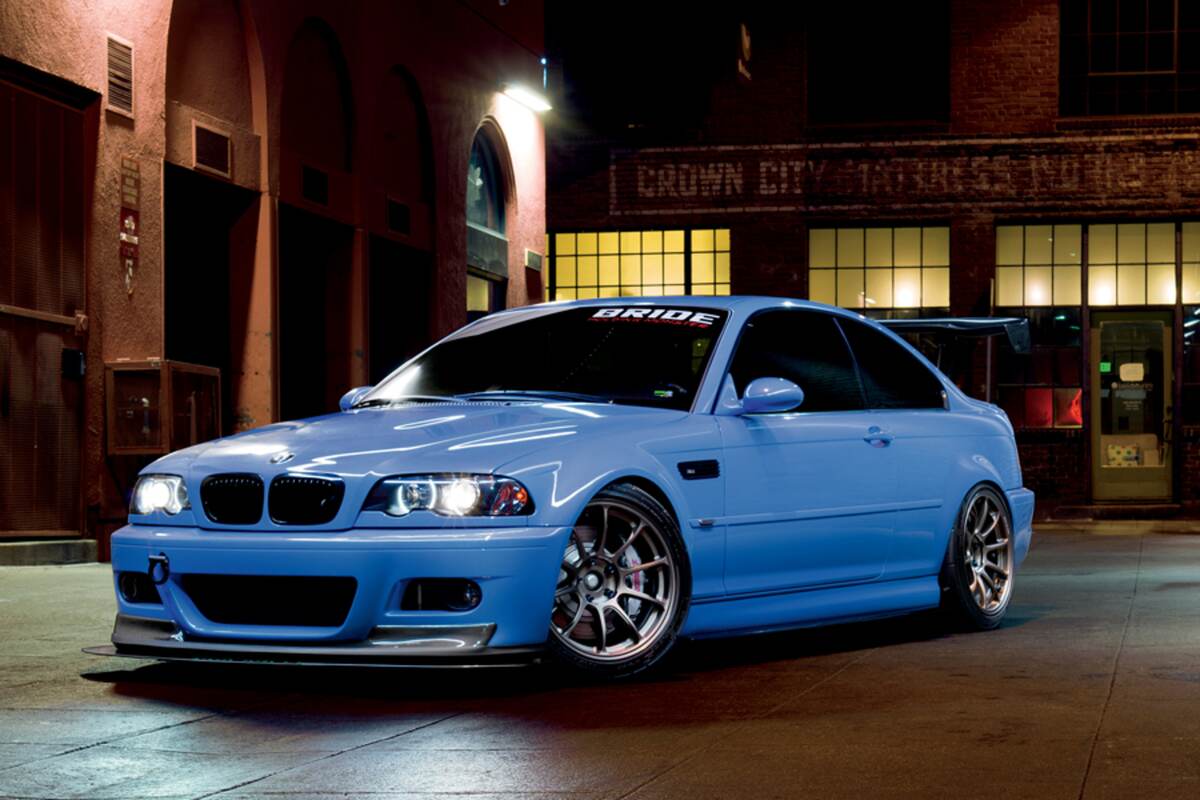 Courtney Wingfield has been into cars since she was a teenager. Now 25, she’s already owned eight cars, half of which have been Bimmers.

“I’ve owned so many cars because I like cars in general and I want to own them all,” Wingfield says.”It’s hard to drive just one.”

Beyond merely owning eight cars, Wingfield has modified each one, from her first to her latest, a 2004 E46 M3. The M3 is her first M car, and modifying it wasn’t part of the plan when she bought it.

“I honestly told myself that there was no need to modify an M3,” she explains. “It’s the Ultimate Driving Machine right?”

Right, but that didn’t stop her from fitting a new set of wheels to add a little bit of stylish flair, then a pair of Bride Zeta III bucket seats and an MXP exhaust—just enough to bring out the M3’s potential at the track without rendering it too compromised as a daily driver. 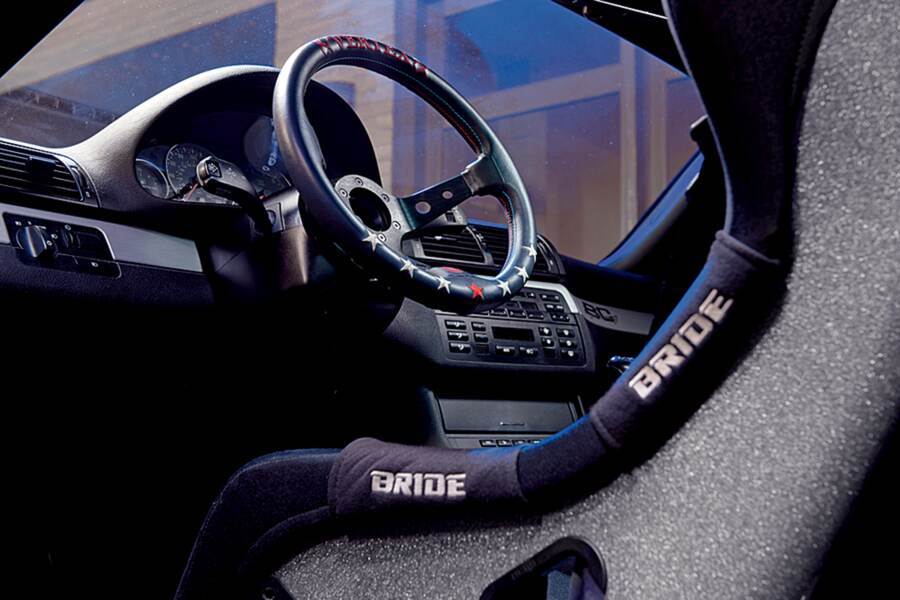 “I had no plans to get crazy with the modifications,” says Wingfield.

That is, until a few months after tracking her car for the first time. Parking it overnight, she came out one morning to discover that her M3 had been keyed.

“At first, I was extremely angry…and heartbroken at the same time,” she recalls.

Yas Marina to cure the blues

After exploring her options, Wingfield enlisted the help of Strasse Sport, a BMW repair and performance shop in Irwindale, California, to help restore her M3 to a state that would impress its Bavarian automaker. Strasse Sport ended up painting her car in one of the latest M colors, Yas Marina Blue metallic, updating its look and making her E46 one of the first to wear the newer shade. 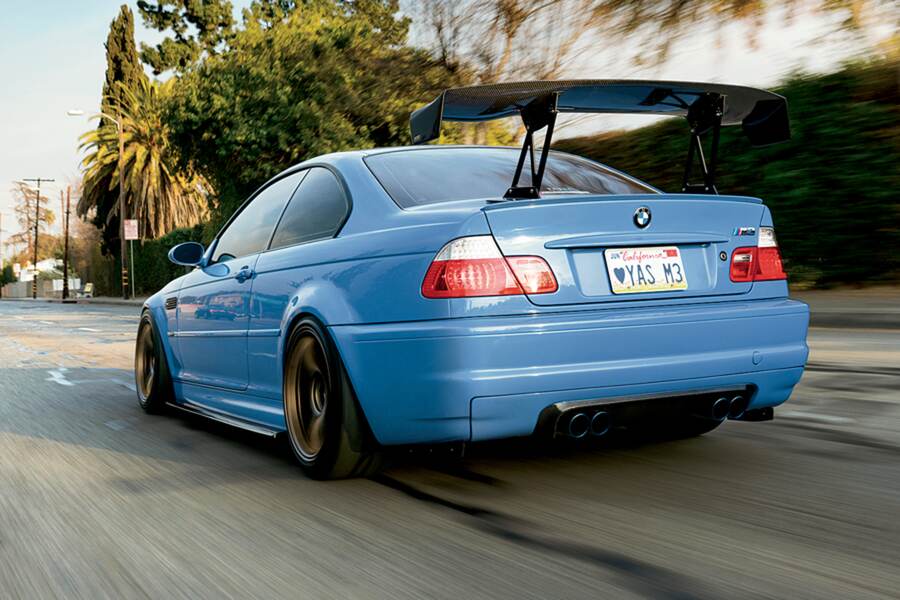 While she was waiting for the paint job to be completed, Wingfield had plenty of time to imagine her ultimate M3. Pretty soon, she’d compiled a list of modifications for the car’s interior and exterior. It was the perfect cure for her broken heart.

“Remember I promised to keep the car stock?” Wingfield laughs. “Never mind that!”

Inside the cockpit, she married the Bride seat to a Vertex steering wheel on an NRG quick-release mount shortly after getting the freshly painted car back from Strasse Sport.

Various sets of wheels were mounted until she finally decided on a lightweight set of 18-inch Volk Racing ZE40s, their bronze finish set off by a set of Project Kics Neo Chrome lug nuts. To make sure the car would be ready for the track, she had them wrapped with sticky Falken RT615K tires. 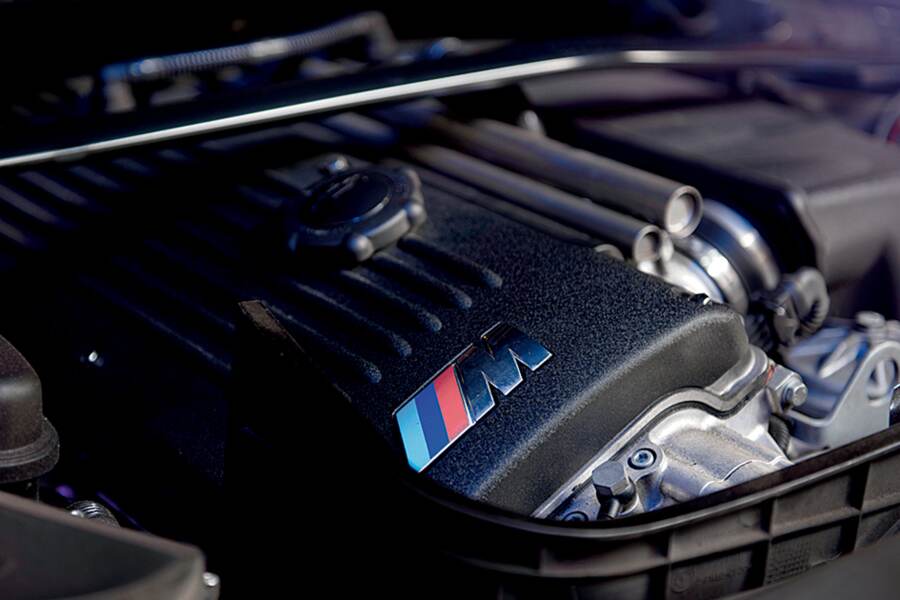 She also fitted track-oriented BC Racing three-way adjustable coilovers and a Rotora Champion Edition big brake kit. The result is an extremely well-balanced car that allows the M3’s 333-hp S54 engine to be fully exploited. All the modifications complement the drive and feel of the car and add to the overall performance of Wingfield’s M3 where it counts: on the track.

Wingfield wanted the car to look stunning, of course, and she also wanted it to be seriously fast around corners. Aerodynamics are crucial to that purpose, and the front splitter and rear wing keep the car planted through the turns.

The BC Racing coilovers and Falken tires optimize mechanical grip, giving the driver confidence that everything will stay glued to the pavement. The deep bucket seats keep the driver in place even under high g-forces, while the steering wheel’s small diameter and grippy leather cover provide great feel and control.

The car doesn’t fight the driver, and it maintains momentum through the apexes while putting the power down readily at corner exits. It pulls out of corners so strongly, in fact, that it’s hard to believe that the S54 engine is completely stock, but it is. 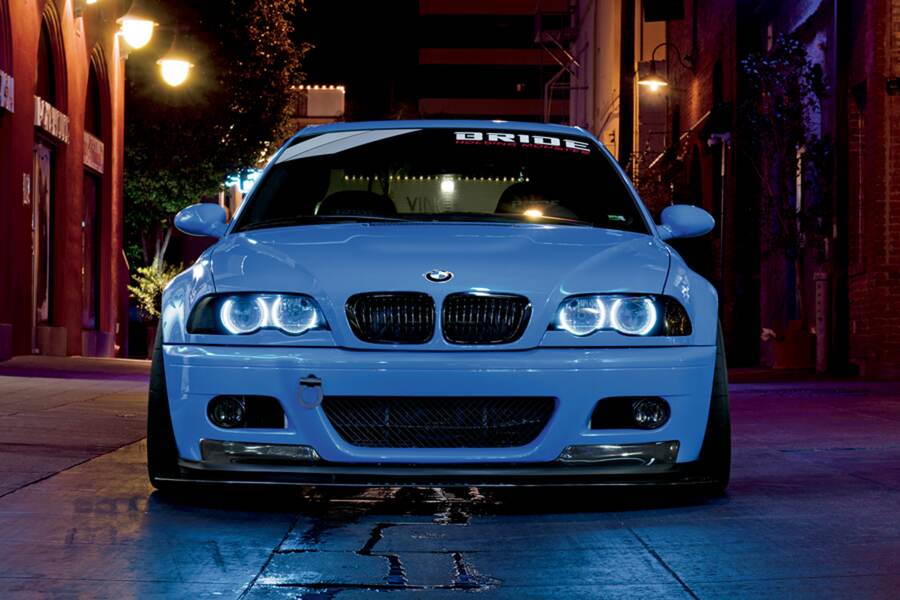 “Taking corners is the best!” Wingfield says. “The car is planted because of the aero, suspension and sticky tires, and the seat really holds the driver in place. That gives me full control of the car without having to correct much, if any, depending on the speed.”

The Rotora brakes make stopping fast and predictable. The Champion Edition big-brake kit is top-of-the-line, designed for track use. With forged six-piston calipers front and rear and oversized rotors, these brakes have plenty of power for hauling the M3 down from speed.

Wingfield’s car isn’t just about speed, however. Although it’s right at home on the track, it’s still usable on the street. Despite the big rear wing, it doesn’t look too conspicuous in a supermarket parking lot, and average Joes could easily mistake it for a stock M3. We really don’t see a problem with that, to say the least!

And yet Wingfield’s car is unique, built to satisfy her taste and no one else’s, which is what modifying cars is all about. It goes, stops and turns with predictability and precision, allowing Wingfield to realize her potential as a driver.

“Because of how all my modifications work together, I can push my M3 as much as I feel comfortable with,” she says, “and as I exit the corners, I know I can hammer down because I’ll be coming out fast.” 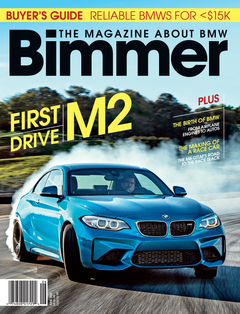