A Wilder Shade of M

Active Autowerke’s supercharged M3 finally hits the road. We try to keep up with it on the twisting canyon roads of Malibu. 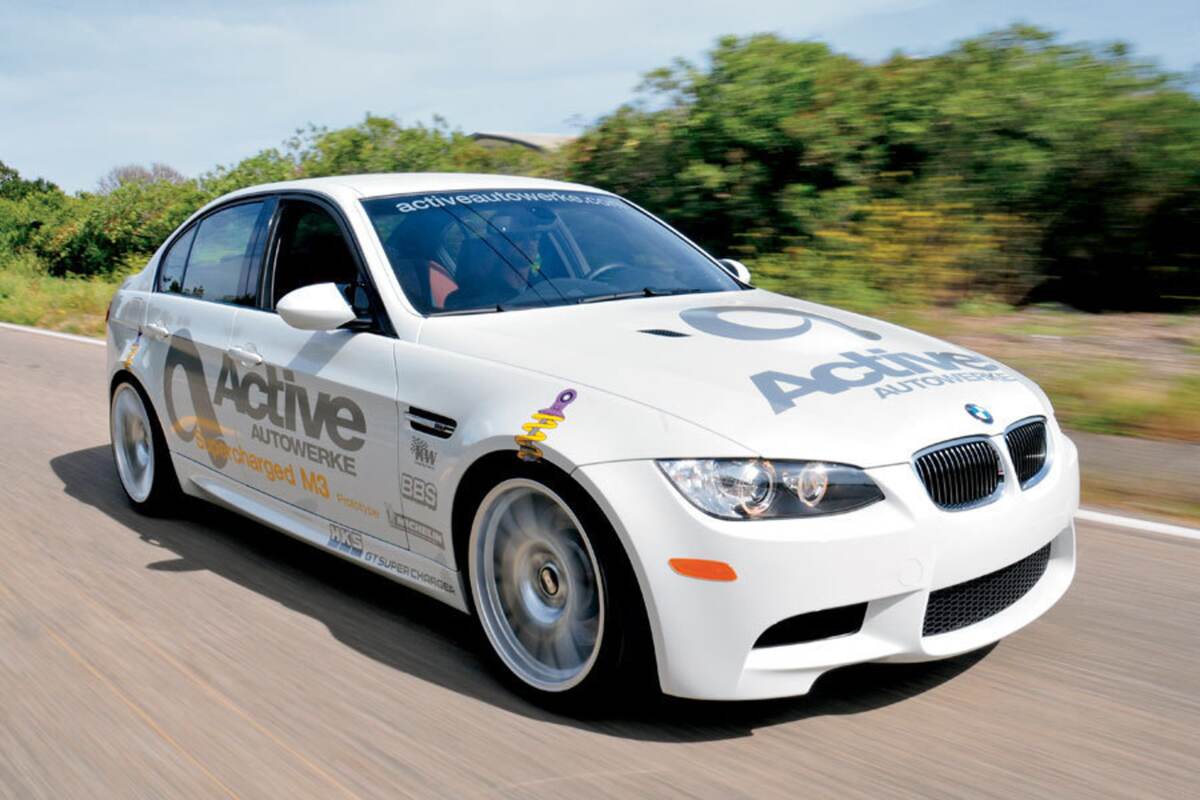 Ever since Mike and Karl Hugh bought themselves an E90 M3, rumors had been spreading that something was blowing in Miami. And when I visited their outfit some months ago, willyalookaddat! there it was on the lift. They wouldn’t let me drive it—“Not ready yet!” said Karl in his Jamaican lilt—but soon, he said, soon.

The original 414 horsepower of the BMW M3 ought to be enough to give even a grown man a serious case of adrenaline heebee jeebies—and they are, of course. But leave it to Active Autowerke to outfit the original rocket Bimmer with a rather large supercharger, and to turn those 414 ponies into 638 galloping horses, enough to seriously strain your upper vertebrae.

The irony of the enterprise is that the Jamaicans, always up for a good laugh, put their monster engine in a rather subdued looking four-door sedan. If it weren’t for the decals, this car could easily be mistaken for a family hauler, and nobody in the Costco parking lot would even blink an eye. Okay, so the car sits on wide 275-section Michelins in the back, and that could be a dead giveaway. Other than that—gee, mom, it’s just a regular BMW!

Undercover or not, I know what’s under the hood—an HKS air-to-air intercooled supercharger kit and the appropriate software engineered by Active’s own Barry Elton—so when I finally sit in the (stock) seat behind the (stock) steering wheel and roll out of HKS’ nondescript warehouse in South Los Angeles, I expect the power of God to come down on me.

I mean, the guys at Active Autowerke have not only increased the raw horsepower by about half, they’ve also increased the engine’s torque output from 295 lb-ft to 460 lb-ft. That, according to my old math teacher, is a stunning 56% increase in the kind of power that directly affects forward momentum. I’ve driven a few race cars over the last decades, mostly on tracks in Europe, and I know what can happen in a vehicle with such specifications when you sneeze unexpectedly. 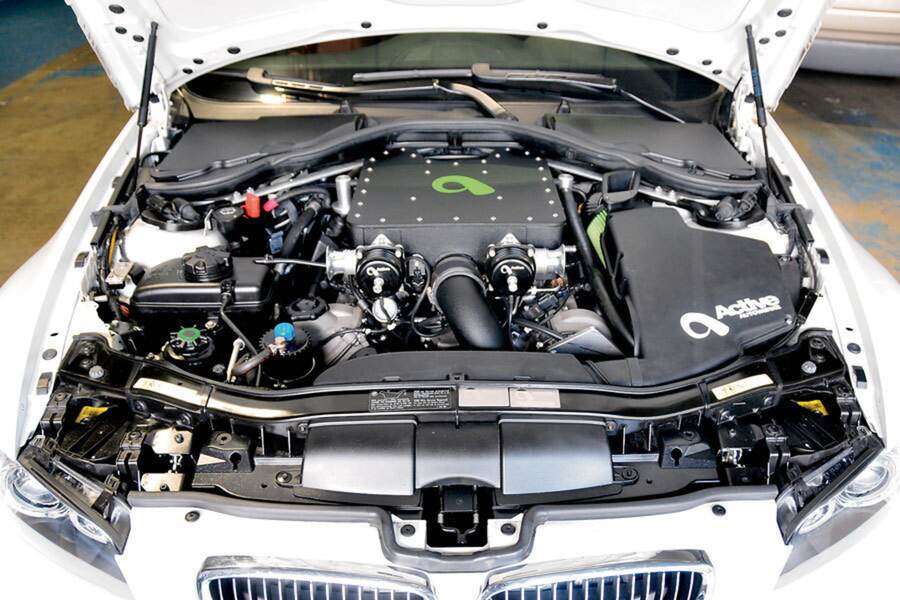 But honestly, the first few miles on Los Angeles’ surface streets make me think I’m driving a pussycat. The car is a commuter’s dream: There’s no sudden explosion to rock my behind, no gigantic leap when I let go of the clutch, just a rather nice-and-cozy kind of forward motion that allows me to fine-tune the radio while accelerating. Did I get the wrong car, or what? This thing is so smooth I could do this all night long.

The other side of easy

The moment you open the throttle more than about halfway, all 3,726 lbs. of M3 Sedan turn from pussycat into roaring tiger. With an Active Autowerke Signature exhaust and X-pipe, it sounds like that tiger, too! Whatever is going on underneath the hood, these are seriously deep-hoarse sound effects. Even cruising down the boulevard, it doesn’t exactly purr but growls, telling you it can bite pretty hard. Give it the go and that growl becomes the thrilling soundtrack to crescendo performance.

Thankfully, the power doesn’t come on like a bag of TNT. At about 4,000 rpm, it takes a deep breath before it begins to surge forward. At around 5,000 rpm—when that little red needle on the boost gauge hits the 6—this weighty car comes to life. Before you know it, it’s going faster than either your cardiovascular system or your brain can accommodate.

While I’m trying desperately to catch my breath, I understand why Active Autowerke put those two little thingamajigs on the dashboard, an air/fuel gauge and a boost gauge (the only modifications in the interior, by the way). It’s to provide fair warning for what’s about to happen when the Active M3 really hits its stride. 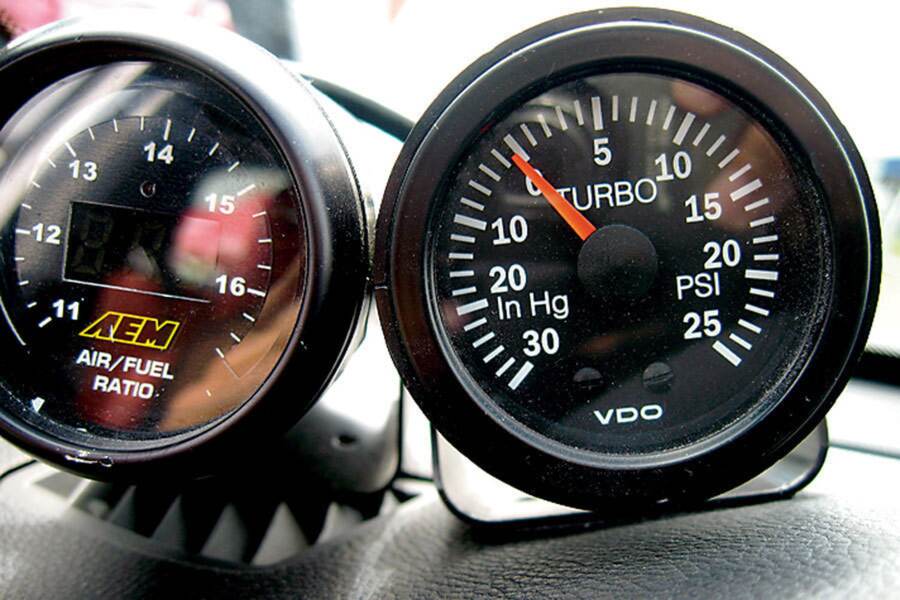 Indeed it is, but those numbers barely hint at the experience they define. As the tach swings past 6,000 rpm, your eyeballs not so gently touch the back of your skull. Your breath is left at that last corner…yup, the one you just rocketed out of with the DSC light blinking like a neon sign on amphetamines. Suddenly, your shirt is soaking wet.

It never stops pushing, either. The enormous force is with me until I hit redline at 8,500 rpm and thank the Hughs for the Active Autowerke short shifter. A Recaro seat would be nice, too, for maneuvering through some of California’s tighter corners, and some serious beta-blockers would also come in handy.

Even on the short straightaways that punctuate the corners in the hills above Highway One, this car can reach speeds that would put you in jail. (Of course, I chose a more appropriate velocity—wink, wink, nudge, nudge!) Karl says it should be good for zero to 60 mph in 4.2 seconds, and for an 11.8-second quarter mile at around 125 mph.

The rest of the package

With that kind of acceleration on hand, you’ll be glad for the supersized brakes installed by BMW’s M division. Soon, however, Active is planning to fit something even better behind those lovely and lightweight BBS CH wheels, which measure 9.5 inches wide up front and 10.0 inches wide at the rear. 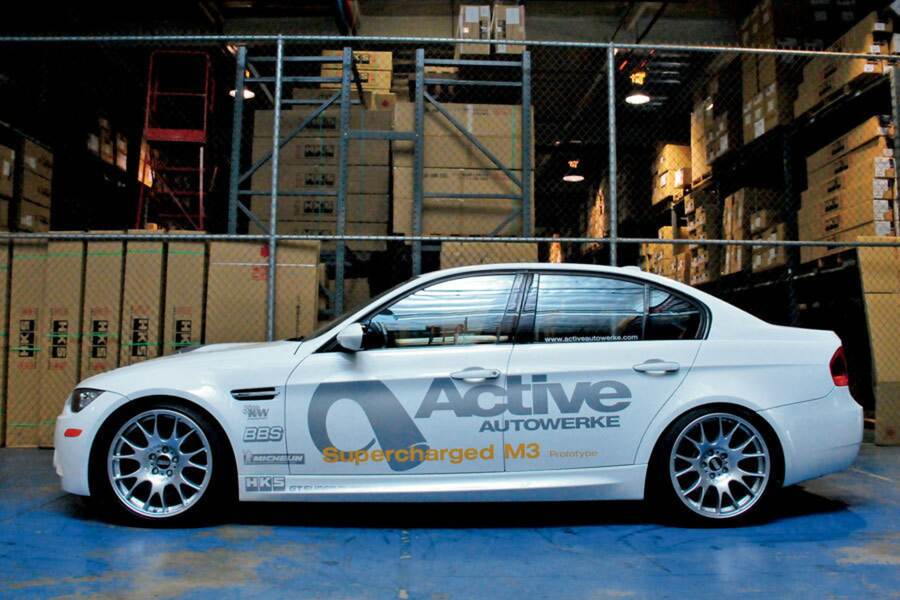 “We’ll be installing StopTech 380mm brakes with six-piston calipers in front and 355s with four pistons for the rear,” Karl explains. That might be a good thing, too, considering the laws of physics.

The M3 Sedan is no raving sports car, mind you. In the hairpins and more adventurous esses, the supercharged V8 has to hoist some awesome mass. Despite this car’s much-stiffer suspension—it’s riding on KW Variant 3 coilovers—it still feels like it’s lifting weights.

Nevertheless, it’s truly amazing what this car, all four tons of it, can take. The response at the steering wheel feels more direct than in the stock M3, and that wasn’t too bad to begin with.

But other than the rather weighty feeling, this M3SC handles close to perfect. It still has the typical BMW understeer, but there’s always enough power to balance that out with a mere glance at the throttle pedal. Especially in M-mode, Active Autowerke’s super-Bimmer comes terrifically close to race car handling, the fat Michelins gluing the sedan to the asphalt or what passes for such on SoCal canyon roads.

And when I finally muster enough courage to switch off the modest little button on the dash, I suddenly realize what a lifesaver DSC could be, financially. Not only does it help to prevent crashes, it also stops the M3 from wolfing down Michelins. 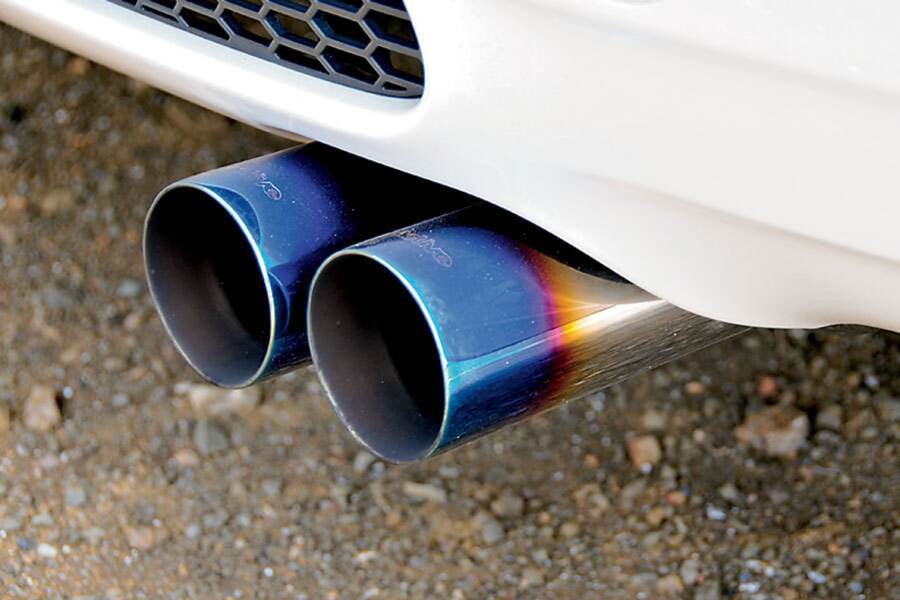 I can’t stop thinking what this engine will do in the coupe. Although the two-door is only marginally lighter than the four-door (3,704 lbs. instead of 3,726, and ain’t that amazing), it’s a lot more fun to sling through the corners than the sedan.

Oh, good! That will save my nervous system, I say when I finally step out of the car somewhere in the more subdued suburbs of El Lay. I need to get some gas, and believe me, when you go full throttle in this stealth bomber you get out of the car a lot for precisely that purpose! Which might be a good thing, ’cause you might need to change your shirt rather frequently, as well, sweat-soaked as it is after another fast run.

So how dear will such tremendous fun be? “We do not have any prices as yet since we are in the middle of forecasting the manufacturing of the parts,” Karl replied. “Our goal is to keep the price around $15,000 plus installation, to have a price that will make it affordable.”

Affordability might be relative when you’re talking about a financial outlay of about 80 grand by the time you’re finished. But come to think of it, fifteen grand isn’t really that much more money for an almost fifty percent increase in power and about a hundred percent increase in fun.

Just remember to leave room in the budget for few spare shirts. 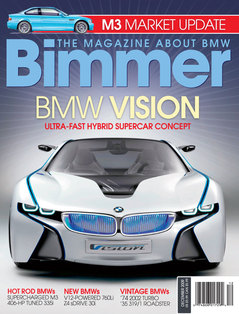