In the spring of 1975, U.S. road racing fans found out what “BMW” really stands for. 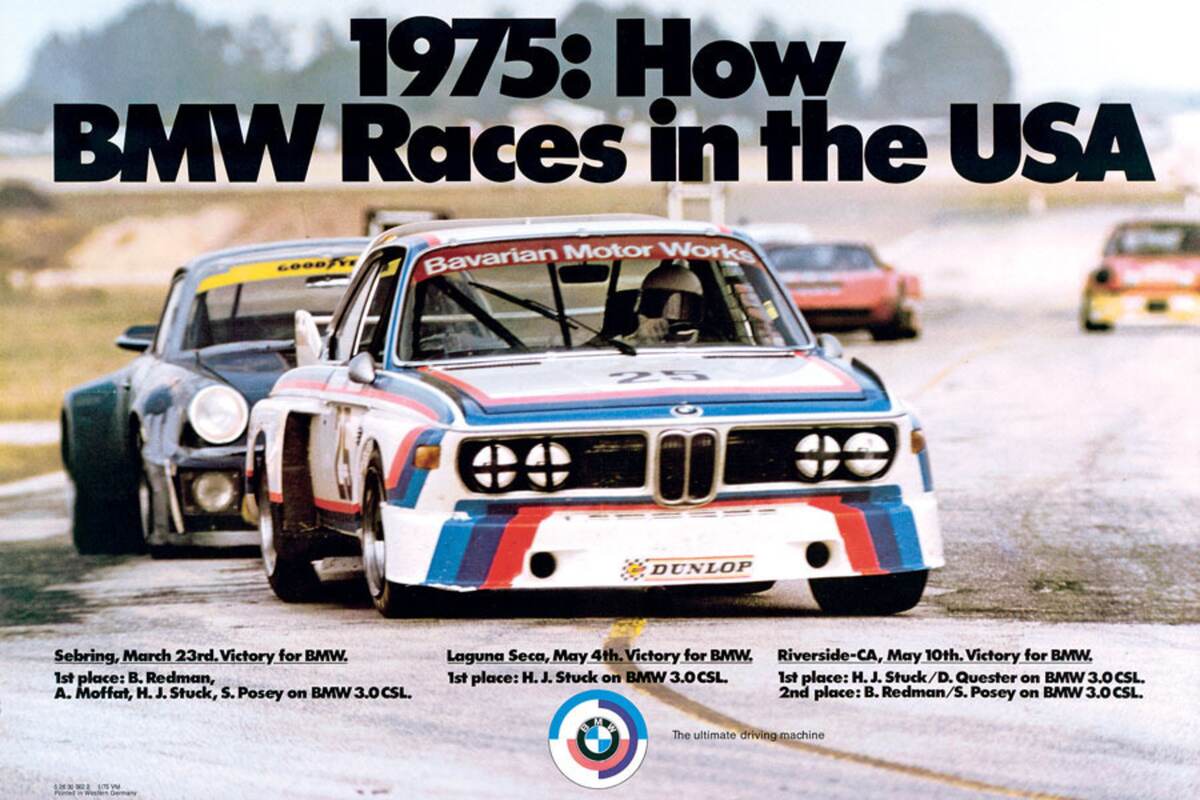 With so many BMWs on the road today, it’s hard to imagine how uncommon they were in the U.S. back in the 1970s. And that was just on the street: On American racetracks, BMW had no official presence at all during the first half of the decade. That all changed in 1975, when the menacing CSL coupes arrived.

After successfully racing the 3.0 CSL in Europe in 1973 and 1974, BMW Motorsport left European racing to the privateers in 1975 and focused the factory effort on the U.S. The team entered the IMSA Camel GT Challenge with a pair of CSLs, each of which had “Bavarian Motor Works” emblazoned across its windshield to make sure racing fans knew the cars came from Germany. Such was the rarity of BMWs back then that a lot of people in the U.S. assumed that BMW stood for British, not Bavarian, Motor Works.

After both cars suffered engine failures in the season-opening Daytona 24 Hour race, the CSLs headed further south to the 12 Hours of Sebring. BMW Motorsport boss Jochen Neerpasch told Hans Stuck and Sam Posey to run the #24 CSL so hard that the Porsches (specifically the Brumos RSR of Peter Gregg and Hurley Haywood) would break down trying to keep up, leaving the #25 CSL of Brian Redman and Alan Moffat to (hopefully) cruise to the win.

Stuck started the CSL from pole and along with Posey carried out Neerpasch’s instructions until that hard running broke an oil line. With the #24 CSL out of the race, BMW moved Posey and Stuck into the #25 with Redman and Moffat, though Redman was behind the wheel for nearly eight of the 12 hours. The #25 CSL ended up beating the Porsche by a substantial margin, but it wasn’t easy. “The battery had gone down in the last session, so I was racing without lights except in front of the pits,” recalls Redman. “I would turn the lights on when going by the pits so I wouldn’t get black-flagged, and while the lights were on I would look at the gauges. With 15 minutes to go, I saw to my horror that the rear axle oil temperature was off the clock, so I backed off and we won the race.”

The win was BMW’s first in a major U.S. sports car race and one of five that season. Peter Gregg and Porsche won the 1975 title, but BMW had gotten its North American sports car program off to a successful start. And in 2009, after a five-year hiatus, BMW North America returned to top-tier racing with a full-factory M3 GT2 run by Rahal Letterman Racing. The team took its first win last year and started the 2010 season with a 2-3 finish at Sebring. Most importantly, no one thinks the “B” in BMW stands for British any more. 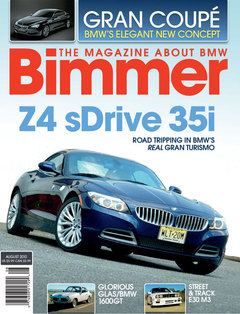