BMW to be featured at Monterey in August 2016 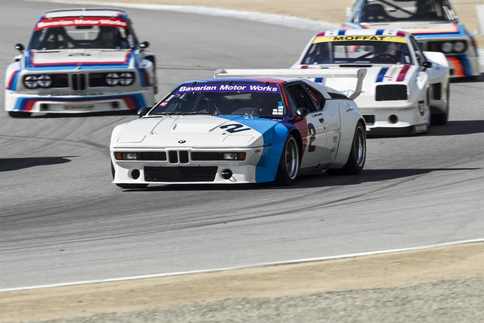 BMW NA's Procar and CSL on track at Laguna Seca. 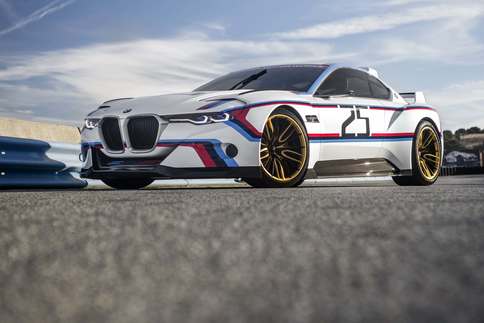 The Hommage R debuted at The Quail, a Motorsports Gathering, and Pebble Beach. 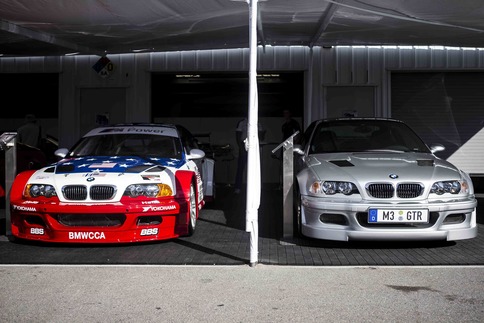 BMW NA brought its freshly restored 2001 M3 GTR and its street-legal (sort of) equivalent to Legends of the Autobahn.

The annual Monterey car festival is barely in our rear-view mirror, but as fun as it was I’m already looking forward to next year. 2016 is BMW’s 100th birthday, and it will be celebrated in style all over the world, and particularly in Monterey, California.
BMW will be the featured marque at the Rolex Monterey Motorsport Reunion, the vintage races held at Laguna Seca on August 12-14. BMW was last featured in 1996, so it’s been a while since the Bavarian cars were out in force for this event. I know of quite a few cars being prepped here in the U.S. for next summer’s races, including a few ex-IMSA and ETCC CSLs and an ex-factory 320 Turbo that raced in the North American IMSA series after the CSLs retired.
Even better, I hear that some 30 vintage BMWs are coming from Europe to race at Laguna, and a good portion of those are likely to be pre-war 328s with significant histories. If you’ve never seen these cars up close or in action, this will be your chance.
Whenever a marque is featured at Laguna Seca, it gets pride of place at the Pebble Beach Concours, too. It’s an expensive ticket, for sure, but if you do it only once in your life, do it in 2016. BMWs will have at least one class of their own and will likely be entered in several others. And as BMW Classic chief Ulrich Knieps confirms in our interview in Bimmer #135, Pebble Beach will see the return of the ex-Elvis Presley 507, currently undergoing restoration in Munich.
If you can’t attend Sunday’s concours, make the trek to Ocean Avenue in downtown Carmel at lunchtime on the Thursday prior. That’s when the cars on the Pebble Beach Tour—nearly all those entered in the concours—stop in Carmel, which means you can hear them running as they enter and leave town and get a close-up look while their owners are eating. It’s crowded but free, and it’s a lot of fun, too.
Monterey is more than just Pebble Beach and the historic races, with a variety of events catering to just about every automotive constituency. Legends of the Autobahn brings the best cars from the BMW, Audi and Mercedes clubs to the Nicklaus Club (next door to Laguna Seca), and it’s getting bigger and better all the time. In 2015, the sixth annual Legends saw 40+ superb BMWs in the judged classes and at least three times as many in the corral, and 2016 promises to be even bigger.
For the last few years, BMW has been using Legends to show off new concepts like the M4 GTS on the cover of Bimmer #136 (on newsstands in November) along with vintage rarities and more recent race cars—seeing a prototype V8-powered E46 M3 GTR road car alongside its IMSA championship-winning counterpart at Legends was amazing!—and they’ll do so again in 2016. Legends also gives you a chance to meet BMW “celebrities” and experts from BMW Classic, and to solicit their advice on cars, parts, restoration or anything else, even Bavarian beer.
Speaking of beer, the BMW CCA has scheduled its annual Oktoberfest for Monterey in 2016. That party begins as the other events wrap up, with a concours, track time, rallies and all sorts of social events on the schedule.
It’s going to be exhausting, but I can’t wait for next August!