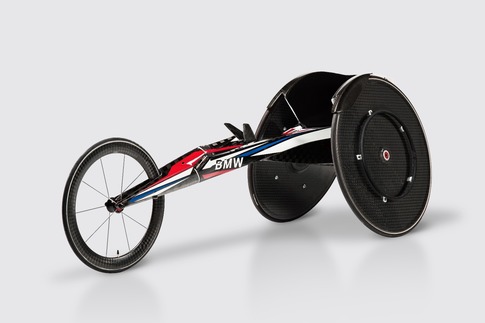 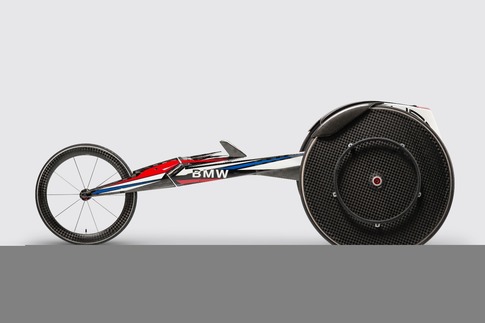 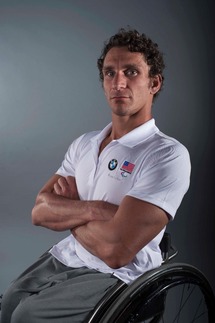 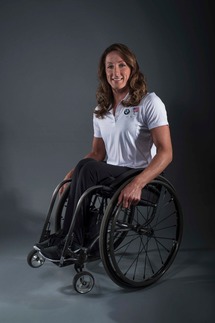 (Note: This story was written prior to the Paralympic Games in Rio. To find out how the athletes did, see postscript at bottom.)

This August, ten thousand world-class athletes will convene in Rio de Janeiro, Brazil for the quadrennial International Olympic Games, competing in 25 sports and generating worldwide media hype, hoopla and hysteria.
One month later, four thousand more world-class athletes from 150 countries will arrive in Rio for the quadrennial Paralympic Games, which run in parallel to the regular Olympics for athletes with a range of physical impairments including limb deficiency, muscle power, range of movement and other disabilities. The Paralympic athletes will compete in 22 sports in over 500 medal events; as in the Olympics, the track and field competitions for wheelchair athletes constitute the Games’ premiere events.
In its sixth year as the official Mobility Partner of the U.S. Olympic Committee, BMW of North America contributes a lot more than just financial support and limousine services. BMW is also leveraging its technology expertise to improve the performance of U.S. athletes. First, BMW redesigned the bobsled they raced at the Sochi Winter Olympics to score Team USA’s first medal in that event in decades, and now BMW has created a new racing wheelchair for this year’s Paralympic Games.
The involvement of a major technology company marks a huge step forward for a sport that, as wheelchair racer Joshua George put it, “began literally in people’s garages taking apart wheelchairs for everyday use and hacking them to pieces and re-welding them to make ’em faster.”
The same was true of bobsleds raced in the Winter Games, at least until BMW stepped in to improve the technology. Also like the bobsled, the new chair was created at BMW Designworks in Southern California in close cooperation with the athletes who’ll race it.
“We’ve had a very close collaboration with the athletes and coaches,” said Brad Cracchiola, Associate Director, BMW Group Designworks. “We did deep immersion with them from the beginning, because we needed to know about the intricacies of the sport—there are 13 rules and regulations that cover the design of a racing wheelchair—in addition to what worked well for the athletes and what didn’t work for them. It could have been complex.”
George was one of the athletes involved with the project from the start, and he’ll be racing the new chair in Rio. Injured in a fall from a 12th-story window at the age of four, he’s been competing in adapted sports nearly his entire life, and he was part of the team that pitched the project to Designworks.
“Two years ago, while out there the first time, I sat in my racing chair and discussed everything that happens in wheelchair racing equipment and all the possibilities that I could change and improve to make the chair better,” George recalled. “From five minutes into our very first conversation, they were ratting off ideas. ‘Oh, we could do that, what about this, ever think about this?’ It was incredible. I’d never gotten to work with a group of people that whole-heartedly dove into my world and was able to offer productive, insightful feedback from the first minute. It was amazing.”

From the simulator to the track
The key to it all, George suggested, is the cross-pollination between the automotive sector and world of track and field.
“There’s a lot of value in being able to separate from the sport you’ve been working with,” he said. “As an athlete, I’ve been pushing the same type of chair for ten years. I’m almost too close to the issue. I’d bring up things that I didn’t like about the current racing chair. Then the designers would immediately rattle off these ideas I’d never have thought of, but as soon as I thought of them, I’m like, ‘Oh, man that would be great!’”
Just as they would when designing a car, BMW Designworks started with the chair’s aerodynamics. First, a 3D scan was taken of one of the athletes in his or her existing chair and fed into the computer for aero analysis. Then BMW designed a new chair using CAD and ran the same simulations. Switching from welded aluminum or titanium to carbon fiber permitted greater freedom in the design, allowing the BMW team to create an entirely new and much more aerodynamic wheelchair.
“The old chair was built to be semi-aerodynamic, but it’s not as aerodynamic as we thought it was,” said Tatyana McFadden, another BMW-sponsored athlete involved with the project. “The new chair, though, is very aerodynamic.”
Using carbon fiber instead of metal also permitted the chair to become much stiffer, and thus more efficient at translating the athlete’s power into speed, into wheel rotation. Reducing energy-absorbing flex is crucial, as it is in any wheeled sport, but here more than usual: The athletes propel themselves forward by hitting the wheels really hard, and the force of the impact can make the wheels toe-in and snowplow, losing speed.
By building a stiffer carbon fiber chassis, BMW was able to reduce the amount of flex and toe-in, keeping the wheels better aligned and helping the athletes go faster.
Perfect alignment of human
and machine
Chassis stiffness is one of the keys to making a race car quick, along with keeping the driver securely seated for maximum control. That’s especially important in wheelchair racing, so BMW borrowed the longstanding race car practice of customizing each cockpit, making a carbon fiber mold of the athlete’s body to lock them into the seat as securely as possible. The new chair minimizes the likelihood that the athlete’s hips or legs could shift around and thus affect the alignment of their shoulders with the wheels. Any shift in body alignment can affect the athletes’ ability to “hit the wheel,” a very precise motion made by the Paralympian wheelchair athlete wearing what they call a glove but which Bimmer prefers to call the Athlete’s Adjunct Component.
Until now, the gloves had been made by the athletes themselves using blocks of hobby putty to form something akin to “pistol grips or brass knuckles,” according to Cracchiola. The putty hardens quickly, and before it does the athletes need to hit the wheel—a half-inch thick aluminum ring—perfectly in order to create a glove that fits both hand and wheel.
BMW started by talking with the athletes about what worked and what didn’t, then scanned each athlete’s favorite gloves and 3D-printed a new model in lightweight, heat-resistant material. Through a series of improvements, new gloves were created that allow more energy to be transmitted into forward motion. Given that speeds over 30 mph are common in wheelchair racing, that’s a lot of energy! As you might expect, the athletes had a positive reaction to the new gloves, especially to the consistency in fit, finish and materials.
“I’ve been racing with the U.S. team since 2004, and I’ve gone through pairs of gloves I’ve had to make myself,” said George. “There’s always a huge worry factor when you build new gloves: Are they going to be worse than those you’re currently using? BMW changed that. This takes away the fear of having to change gloves because the new ones are consistent. That is just a huge step forward for us.”
It may seem like a small thing to those who aren’t racers, but it might make the difference, along with all the other technological improvements, between winning a medal and finishing off the podium at Rio.
“It’s the little details that matter,” Cracchiola said.
True, but BMW has achieved more than mere detail improvements.
“We’ve stepped outside the box with this racing chair in terms of design, in terms of functionality, and how the chair handles and is steered,” George said. “I think we’re going to be reaping the rewards very, very soon.

McFadden swept her races at the Trials in Charlotte, winning the 100, 400, 800, 1,500 and 5,000 meter races and qualifying for the relay team. Tatyana went to Rio with 11 medals, including three golds, then added four more golds and two silvers to that already-impressive total.