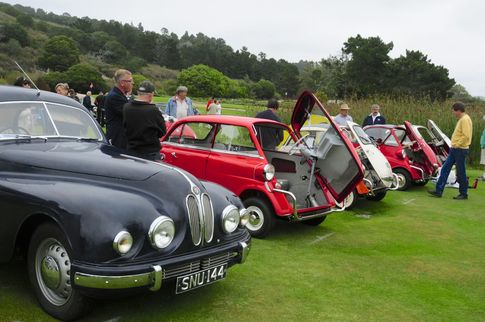 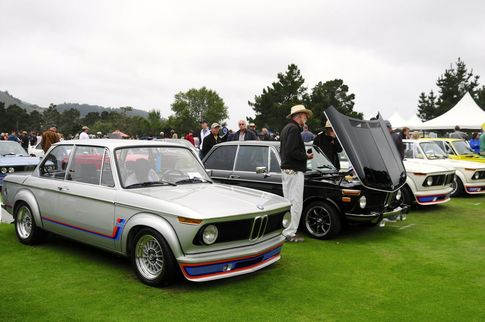 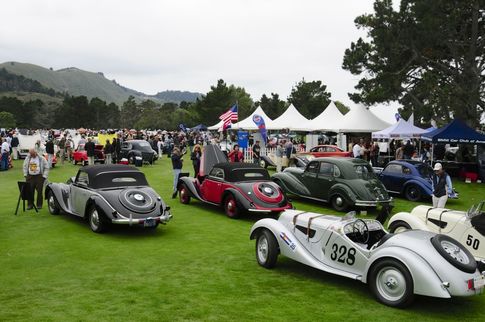 The great vintage car weekend of the year is almost upon us! If you’re not sure how to spend your time on the peninsula, here’s a quick guide for Bimmer readers:

The Monterey, California events start next weekend (August 8-9) with the Pre-Reunion races at Laguna Seca. This often serves as a practice session for the real deal on August 15-16, also at Laguna Seca. We don’t know if you’ll find any BMWs at the Pre-Reunion, but several are entered in the Reunion itself, including Steve Walker’s 700S and a few private CSLs in addition to the cars being brought by BMW NA. The latter will include the E34 M5 being raced by David Donahue, who won a national title in this car back in the day.

Off the track and onto the concours field, head to Carmel on Tuesday for the Carmel-By-The-Sea concours (a free event on Ocean Avenue). On Thursday, Ocean Avenue hosts The Pebble Beach Tour cars at lunchtime; again, it’s free, which makes it a great way to see the cars of the Pebble Beach Concours without paying for a ticket to Pebble Beach itself on Sunday. If you can make it to Pebble, however, you won’t be disappointed. It really is the world’s finest concours.

There are bound to be a few BMWs on hand at Pebble Beach, but the dedicated BMW fans will want to head for Legends of the Autobahn in Carmel Valley on Friday. This event is hosted by the BMW CCA along with the Mercedes and Audi clubs, and you’re sure to find lots of great Bimmers on the lawn and in the corral. And please stop by the Bimmer booth to say hello or sign up for a free trial subscription!

On Saturday, go to the track and watch the BMWs race — only one of the 9 BMWs is racing on Sunday — perhaps with a stop at the Concours de LeMons on the way.

If you’re game to buy a BMW as well as look at them, we found a few being auctioned. The most interesting is a low-mileage M1 in black being auctioned by Gooding & Co. on Saturday. More details are here: http://new.goodingco.com/vehicle/1980-bmw-m1-4/

Bonhams Quail Lodge auction has quite a few BMWs, including a Veritas Scorpion, one of the rare post-war cars built by ex-BMW guys before BMW restarted car production after the war. Bonhams also has an orange M1 and a CSL Batmobile. Search results are here: http://www.bonhams.com/auctions/22792/#/q0=bmw

Whatever you choose to do, you’re bound to have a great time in Monterey this month. We hope to see you there!