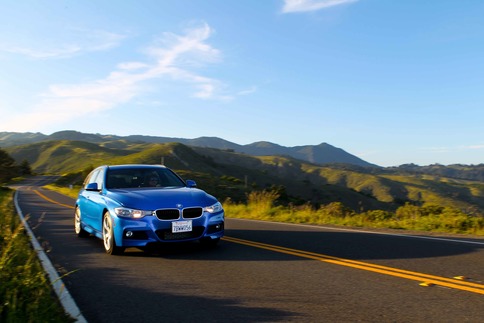 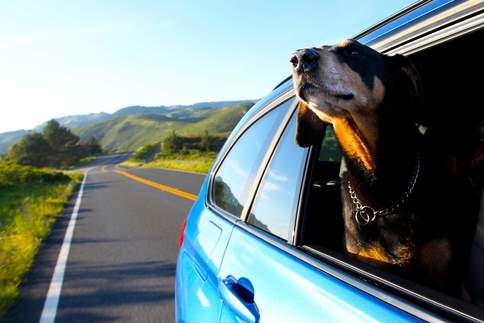 We had a chance to put a second driver behind the wheel of our 328d xDrive Touring test car, so we asked Keyboard magazine editor Stephen Fortner for his opinion. Stephen’s a BMW guy through and through, and he was in the market for a new wagon that could haul his musical instruments around. Did the 328d win him over? Let’s find out…

I often return to the U.S. from Europe ranting, “Why can’t we have nice things?” By which I mean anything close to the choices offered by Europe’s smorgasbord of fuel-efficient diesels that don’t skimp on style or sport. I consider myself a wagon guy, as I often need the cargo capacity, but for my daily commute, I’d prefer not to go as big as even a small SUV. I’m also a BMW guy, having owned several different models, my 1994 E34 wagon taking first place for most trouble-free workhorse ever. So I was excited to learn that BMW released the 328d in an estate form factor in the U.S. market, and doubly so when I got to spend an afternoon hurling a press car around Marin County and San Francisco with Bimmer’s Jackie Jouret. On paper, the 328d is exactly what I’ve been looking for: high-MPG diesel, hatchback, sporty, and fun. On the road? Well, read on . . .

Where Jackie would have liked quicker off-the-line acceleration, I was happy enough with the 180 horsepower and 280 pound-feet of torque that the two-liter twin-turbo engine manages. The car’s strong suit is definitely in the lower mids and middle of the power band. The turbos really start to do their job at around 1,700 rpm, at which point the numbers don’t do justice to what feels like a very decent reserve of thrust for passing uphill or powering yourself away from a bad situation on the freeway. In short, it doesn’t plaster the ear-to-ear grin of power intoxication across my face that the 335d does, but the 328d has all the power I think I’d actually get to use in the realities of Bay Area traffic.

For my money, two things have always defined BMW handling. First, a sense that the car rides on rails and that turning the steering wheel is, in fact, bending those rails as they stretch out in front of you. Second, a combination of precision and healthy resistance from the steering wheel itself; it’s as though the car wants to be absolutely sure of your intentions before making them its own. I found the 328d somewhat lacking in this signature feel, with a tendency to oversteer at highway speeds—it was a bit too enthusiastically “pointy” in response to subtle steering movements. In part, this is the nature of the full-time all-wheel drive, but I’ve driven plenty of flavors of Audi Quattro (and a few Mercedes 4Matics) where this behavior was less pronounced. To be fair, at lower speeds on winding roads, and while making right-angle turns that also involved a considerable vertical delta courtesy of San Francisco’s many hilltop intersections, that same steering helped me feel like the 328d was rotating on a lazy Susan that had been riveted to the car ‘s exact weight balance point. So in exchange for trading off some of the BMW signature feel under freeway conditions, you get an effortlessness in urban environs that can reduce driver fatigue and stress. When evaluating the 328d, it pays to think about where and how most of your driving hours are spent.

Ride, of course, is a different creature than handling, and I felt the ride was excellent. The suspension smoothed out both low-frequency road warts (obvious bumps and potholes) and high-frequency anomalies (e.g., grooved pavement) to an extent that I’d associate more with a large luxury sedan than a small sports wagon. In fact, our test drive included a stop on Nob Hill to check out a Bentley Turbo R I’d been considering as a weekend shits-and-grins-mobile. Driving the BMW again thereafter, I was surprised at how cosseting its ride felt next to the mobile drawing room from Crewe. It held its own.

Back in the 328d cabin, BMW’s EcoPro feature amounts to a sort of Fitbit for fuel economy, giving you feedback on your driving habits to help you stay “in the zone.” We didn’t have the car long enough to judge how effective this is, but I quickly committed one green sin by turning off the engine stop feature. This shuts off the engine at red lights and stop signs, restarting it in response to any pressure on the accelerator pedal. In repeated stop-and-go driving I found it more jarring than the corresponding behavior in a Mercedes E250 Bluetec I’d recently driven (which isn’t available as a wagon in the U.S.) and, for that matter, the Toyota Prius.

Sight lines and the ensuing sense of confidence were good with one notable exception: From the outside, the C-pillars at the rear don’t look all that wide. From the inside, they make for enough of a blind spot that I found myself doing more of the old look-over-the-shoulder move from driver’s ed class than usual. A blind spot warning system is available as part of the $1,900 Driver Assistance Plus package, and I’d recommend it.

In my brief time with the 328d, it proved to be a fun and more than competent candidate for a daily driver, but also somehow a whole that amounted to less than the sum of its parts. It also seems a bit overpriced for its size class, even in the entry-luxury market. Configured with the Premium, Driver Assistance Plus, and Technology packages, BMW USA’s website pegged a Sport model at an MSRP of $53,075. Intellectually, I know the 328d is in a different league than green-prestige wagons such as a Lexus CT200h or fully-optioned VW Jetta TDi. Like many BMW faithful, I’d prefer to continue living in that ostensibly more driver-oriented league and leave the VWs and Lexi for the yoga pants and Crocs crowd.

But there’s the rub: Actually driving the 328d didn’t do quite enough at the visceral level—at least for me—to justify the price difference with those sorts of competitors for my application (sporty, wagon, 40+ MPG), at least not during this latest round of car-shopping. BMW, please bring more diesels stateside, and in more body style options. Otherwise I’m going to have to start wearing yoga pants and Crocs, and trust me, nobody wants to see that.

Stephen Fortner is a lifelong BMW driver and the editor in chief of the musical instrument magazine Keyboard.